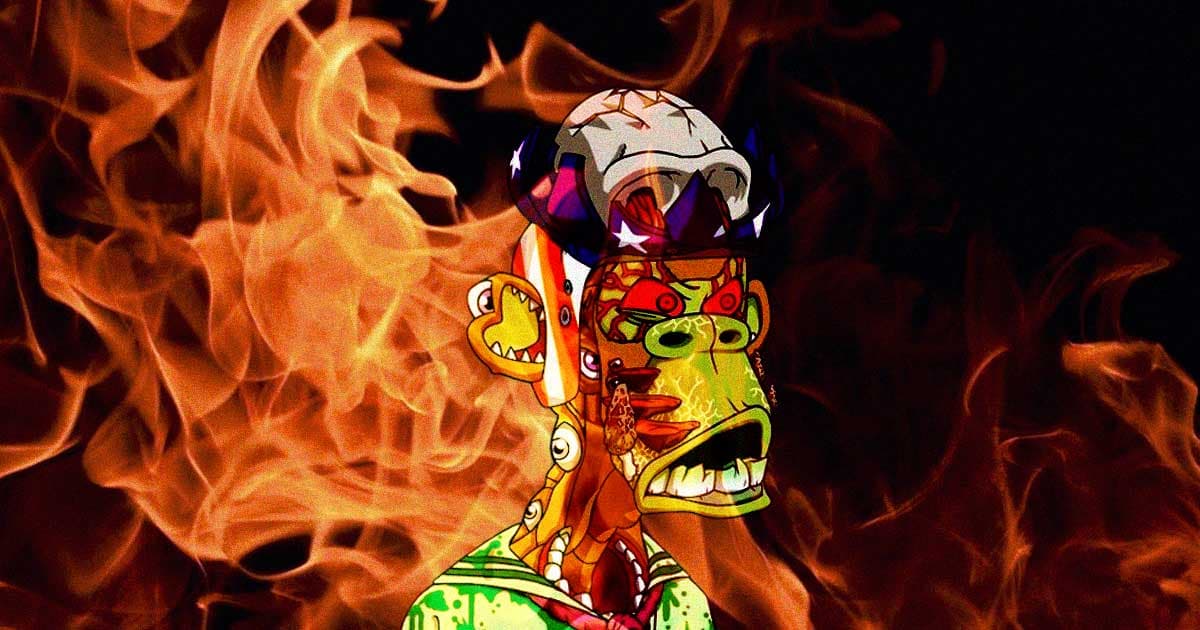 It seems that endless Snoop Dogg (and Doop Snogg) promo has not been enough to save the NFT market, or at least not in the short-term. As predicted, June shaped up to be a pretty horrific month for the industry.

Reuters reports that the median NFT price currently sits at about $412, a disappointing figure compared to April's $1,754 average. Additionally, the popular trading platform OpenSea only saw $700 million worth of sales this past month — a sharp drop from last month's $2.6 billion, which was already down from January's $5 billion in sales volume.

Resale numbers have plummeted as well. Take, for example, the Malaysian business tycoon who paid $2.5 million for an NFT of Twitter founder Jack Dorsey's first tweet. When he tried to re-home the virtual work back in April, top offers for the piece rang in at just a few thousand.

These stark and severe losses come amid the cryptosphere's collective downward spiral, not to mention broader economic fears. It all raises the question: is the NFT industry a total sham, a doomed victim to widespread economic stress, or simply an overhyped good?

"We have seen so much speculation, so much hype around this kind of asset," Zuppinger told Rueters. "Now we see some sort of decrease just because people realize they will not become a millionaire in two days."

Some serious believers, however, are looking to build empires while prices are low. One person hoping to turn burning lemons into delicious lemonade? Benoit Bosc, the global head of product at crypto trading firm GSR.

According to Reuters, Bosc spent $500k of company money on "blue chip" NFTs such as the celeb-favorite Bored Ape Yacht Club collection in June alone, telling the publication that he sees the acquisitions as a way to establish "respectability, authority and influence" — basically clout — in Web3 world.

These newest numbers are only the latest to reveal exactly how cold the alleged crypto winter really is. And while it's certainly possible that NFTs survive — which, if Silicon Valley's dreams for the Metaverse do come true, is likely — it may just be that they do so at a much more reasonable price point.

Sword Art Online
Guy Who Invented the Word "Metaverse" Building His Own Metaverse
Sep 19
Read More
Apes Ahoy
A Major NFT Project Is Falling Apart in a Storm of Lawsuits
Mar 22
Read More
Rube Goldbergian
The Dune NFT Project Is Back With an Inscrutable New Scheme
Mar 9
Read More
+Social+Newsletter
TopicsAbout UsContact Us
Copyright ©, Camden Media Inc All Rights Reserved. See our User Agreement, Privacy Policy and Data Use Policy. The material on this site may not be reproduced, distributed, transmitted, cached or otherwise used, except with prior written permission of Futurism. Articles may contain affiliate links which enable us to share in the revenue of any purchases made.
Fonts by Typekit and Monotype.