"The guy said actually that's an impersonator, legally can't say it's him..." 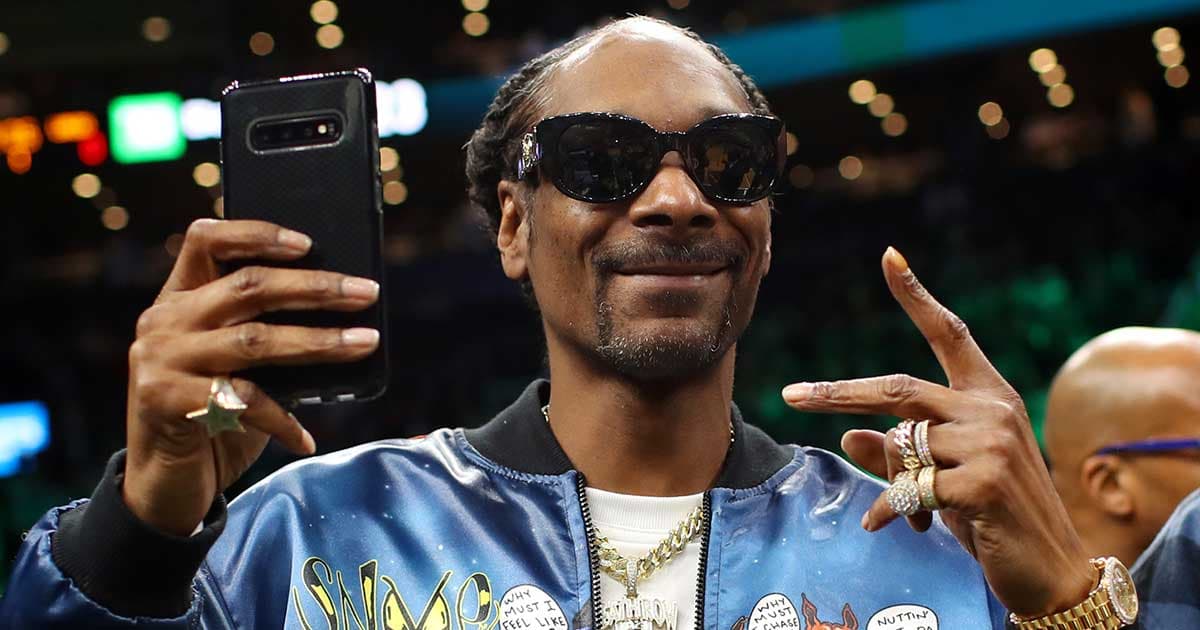 NBC News reporter Kevin Collier had a bizarre encounter at this year's NFT NYC conference — not with acclaimed rapper Calvin "Snoop Dogg" Broadus Jr, he says, but a lookalike.

"I'm at the NFT NYC conference again in Times Square, and Snoop walked by, flanked by security," Collier recounted today. "I grabbed his handler, said I'm a reporter, would love a few minutes. The guy said actually that's an impersonator, legally can't say it's him, they hired him to drum up excitement."

In other words, it sounds like the NFT conference attempted to make it look like a crypto-adjacent A-lister was on site. But instead of paying a real star, in Collier's telling, they opted to save a buck and hire an impersonator instead.

It's especially puzzling considering that the hip hop legend is actually quite into NFTs. The star has launched several of his own NFT collections.

Other netizens doubled down on the delicious irony.

"Kevin, you just don't get it," NBC senior reporter Ben Collins joked, likening the impersonator to an NFT. "They didn't actually pay for Snoop. They paid for a receipt saying they know Snoop exists somewhere, and that they can think about him anytime they want."

While the conference's website shows off a seemingly unending list of "speakers," Snoop Dogg isn't among them.

Yet social media is abuzz with reports of the rapper showing up on the streets of NYC. A picture uploaded by blockchain CEO Rene Hennen with the caption "Snoop Dogg is there, too" appears to show the impersonator. A different video also shares the purported "Snoop Dogg" taking selfies with unsuspecting fans.

The star, who has been nominated for 20 Grammy Awards, does in fact have a professional doppelganger called Eric Finch, who has posed for pictures with his real-life counterpart on a number of occasions. But it's unclear whether it was Finch or another double on site.

Meanwhile, the official Snoop Dogg Twitter account is posting about a Snoop Dogg-affiliated ice cream being launched at Ape Fest, a separate event held by NFT juggernaut Bored Ape Yacht Club at Pier 17 in New York, at the same time.

Is this all meant to be a joke? Or is it a meta commentary on the fact that NFTs are merely representations of a thing and not the thing itself? Or did the event's organizers think they could pull a fast one on their oh-so-clever guests?

We have no idea — and Snoop has yet to respond to our request for comment.

What is going on @SnoopDogg https://t.co/iqcLus25hW

Read This Next
Cope Springs Eternal
Financial Planner Desperately Explains to Clients Why the Bitcoin Crash Is Good, Actually
Ouch
Crypto Exchanges Lay Off Thousands, Months After Uber-Expensive Super Bowl Ads
Experimental Apes
Lawyers Ponder Whether Stealing an NFT Should Give You Legal Rights to It
Tokenization
The Environment Is Saved! We're Putting Trees on the Blockchain
Stealing Apes
Someone Stole the Ape NFT That Was Supposed to Star in a New TV Show
More on Blocknik
Ice Cold Queen
6:36 PM on the byte
FBI Offers Huge Reward for "Cryptoqueen" Accused of Stealing $4 Billion
BAYCrash
Thursday on the byte
Even Bored Ape NFT Prices Are Plummeting Now
No Cash
Wednesday on the byte
Crypto CEO Warns That Exchanges Are "Secretly Already Insolvent"
READ MORE STORIES ABOUT / Blocknik
Keep up.
Subscribe to our daily newsletter to keep in touch with the subjects shaping our future.
+Social+Newsletter
TopicsAbout UsContact Us
Copyright ©, Camden Media Inc All Rights Reserved. See our User Agreement, Privacy Policy and Data Use Policy. The material on this site may not be reproduced, distributed, transmitted, cached or otherwise used, except with prior written permission of Futurism. Fonts by Typekit and Monotype.