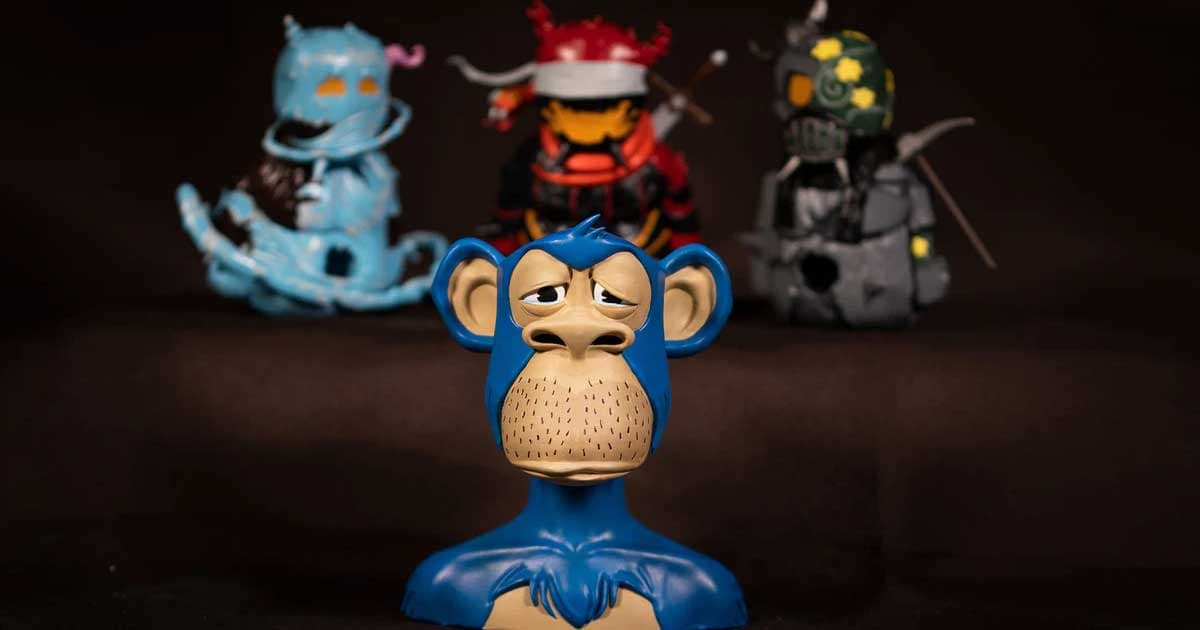 This 18-year-old is putting the fun in non-fungible.

This 18-year-old is putting the fun in non-fungible.

While NFT collectors are still spending appreciable amounts of money on JPEGs, others are finding creative ways to cash in on the trend in less digital ways.

With the help of his dad and six staff members, da Luz's venture, called IsmToys, has grown into a considerable business — complete with all the jargon you'd expect from the web3 world.

"We're tripling down on helping Web2 companies enter the Web3 space, while also converting their audience into Web3 people," da Luz told Insider. "We link the toys to actual NFTs and the digital assets act as authenticators for the toys."

The company is selling commissioned creations that are one-to-one unique with a specific NFT for an average of $700, as well as other toys that are cheaper and not unique. Naturally, IsmToys mostly takes payment in Ethereum.

The NFT.NYC conference happening right now is also boosting sales, with da Luz claiming the company has taken in over 200 orders.

"I'm emotionally attached to my Ape, so having toys of my Ape is reinforcing my emotional attachment to my digital persona," a collector who goes by @nftgerry told Insider.

There we have it, folks — while NFT collectors are pining to get "exclusive" rights over a digital drawing, others are already yearning to take the act of collecting back to its roots: a cluttered shelf of keepsakes.