Bitcoin and dumplings, a match made in heaven. 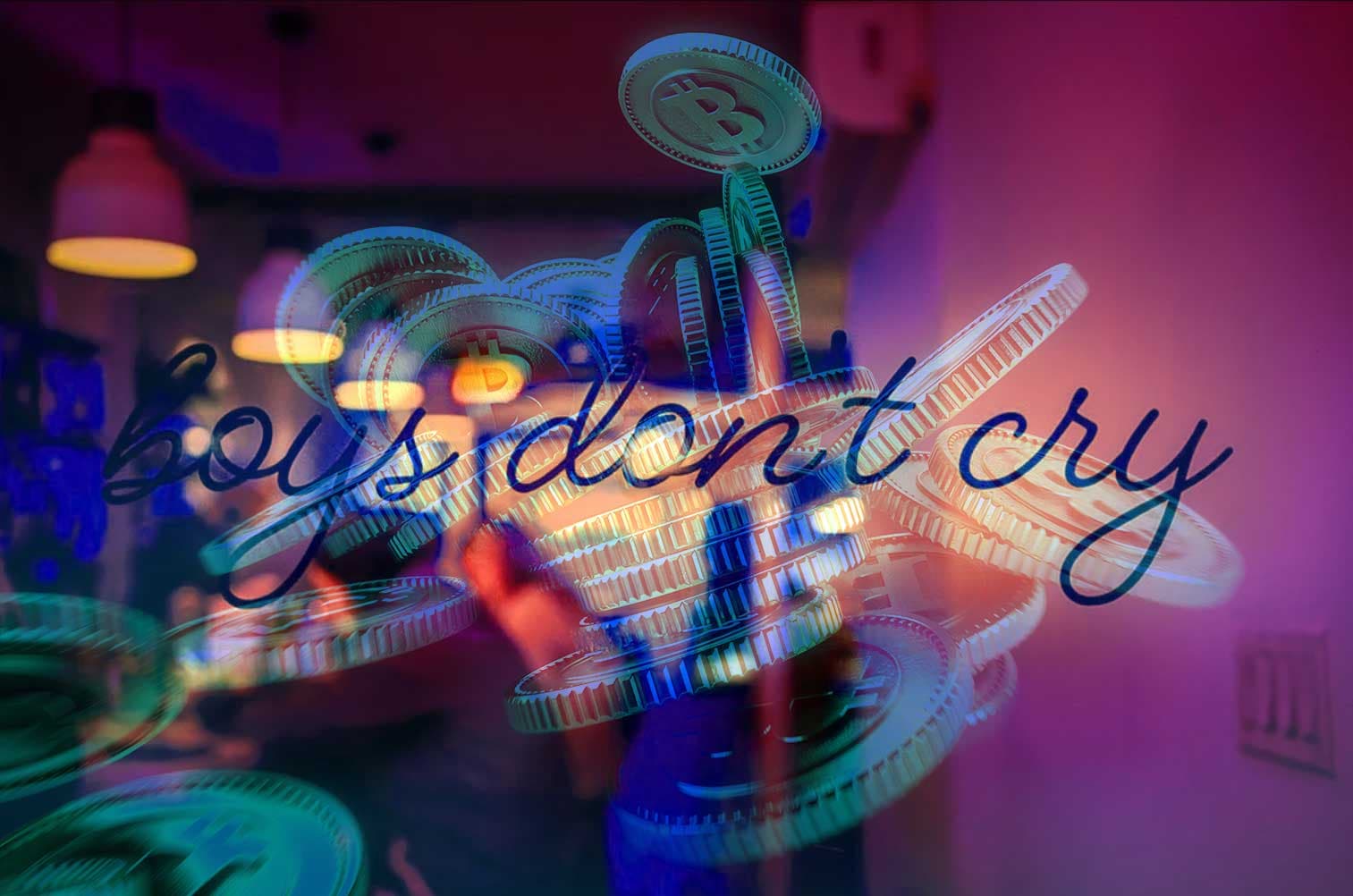 Visitors to the Boys Don’t Cry, a new bar in the Lower East Side, can nosh on some amazing dumplings and sip craft brews in an intimate space.

And they can also pay for it all in bitcoin.

That’s according to the bar’s (rather sparse) web site, and reported by Eater.

But he has made a name for himself as he’s sought to catapult New York City’s oldest dim sum house (which his family has owned since the 1970s) into the forefront of Chinese-American cuisine. Under Tang’s leadership, Nom Wah has opened several more locations in NYC and elsewhere, making the name a force to be reckoned with.

And he’s not afraid to experiment, either. At a secondary NYC location in Nolita, Nom Wah customers order machine-made dumplings via cashless kiosks, according to Grubstreet. Taking all that into account, it’s perhaps not all that shocking that the owner of the century-old institution would be willing to embrace something as edgy as cryptocurrency.

Boys Don’t Cry opened recently after Tang and his business partner Jonathan Wu  shut down Nom Wah Tu, the fast casual restaurant that had occupied the space for six months previous. The liquor license is still under both Tang and Wu’s names, though Wu is no longer involved, Eater reports.

We don’t yet know if anyone’s tried to pay in bitcoin in bar’s brief tenure.

Read This Next
Brands We Love
If You’re Ready To Invest in Crypto, Here’s the Best Place To Start
Brands We Love
This Mobile Crypto Wallet Keeps Your Holdings Safe, Secure, and Offline
Brands We Love
With Bitcoin IRA, It’s Easy to Use Crypto to Invest for the Future
From Our Partners
Master The Blockchain With 40% Off These FinTech Training Classes
Brands We Love
BlockFi Is a $3 Billion Startup That Lets You Earn Compound Interest on Crypto
More on Sci-Fi Visions
Overloaded
May 14 on futurism
Whiny Space Tourists Say They Were Too Busy on the Space Station
Hot Chick
May 13 on futurism
Madonna Releases Extremely Explicit NFT Collection
Home Sweet Home
May 7 on the byte
Elon Musk’s #2 Says Humanity Will Be on Mars Within the Decade
READ MORE STORIES ABOUT / Sci-Fi Visions
Keep up.
Subscribe to our daily newsletter to keep in touch with the subjects shaping our future.
+Social+Newsletter
TopicsAbout UsContact Us
Copyright ©, Camden Media Inc All Rights Reserved. See our User Agreement, Privacy Policy and Data Use Policy. The material on this site may not be reproduced, distributed, transmitted, cached or otherwise used, except with prior written permission of Futurism. Fonts by Typekit and Monotype.