This Virtual Library in Minecraft Gives a Voice to Censored Journalists

Download the map, boot up Minecraft — and avoid the digital censorship of repressive governments. 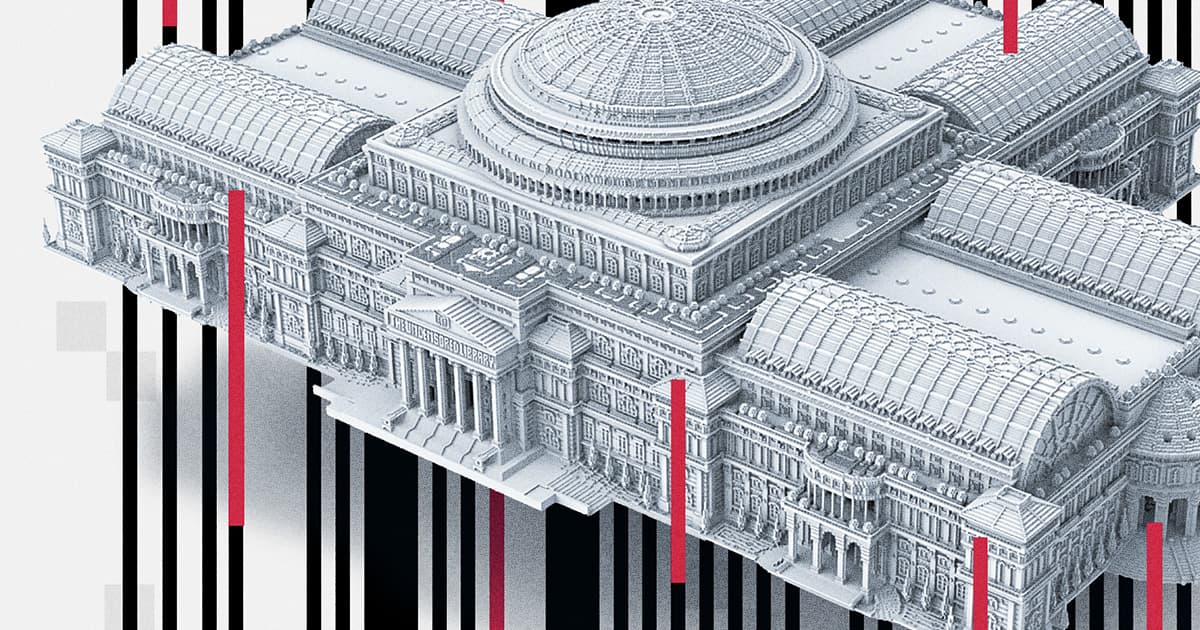 Image by The Uncensored Library

As governments around the globe crack down on journalistic freedom and censor their national press, Reporters Without Borders is working to deliver uncensored news to the public through an unlikely channel: an enormous library housed inside the popular block-building video game Minecraft.

Even in the most restrictive countries where news is censored across the web — like China's crackdown on the spread of information surrounding the COVID-19 pandemic — citizens can now receive their news by loading Minecraft and flipping through the virtual bookshelves of The Uncensored Library.

"Inside, you can find articles and information about the journalists that are being censored in their own countries," said Robert-Jan Blonk, senior interactive producer at production company MediaMonks, which helped build the library, in an interview with Fast Company. "We share these stories through the books that live in that library, and people can just openly read them, because even in the countries... where these journalists are from, you’re able to play Minecraft.”

Even if government censors try to hack and delete the library, multiple other server hosts in other countries are prepared to take over and protect it, according to Fast Company.

Inside the library, which also received design help from design studio BlockWorks and creative agency DDB Germany, is a giant circular rotunda showcasing flags from countries around the world, off of which branch wings of the library organized by country. Readers and gamers can simply download the game and map, "walk" their characters into the Russia wing, pick up a book, and read an article from grani.ru, a blocked site in Russia that reports on the government and protests in the country.

Journalist Hatice Cengiz, fiancée to Saudi Arabian journalist Jamal Khashoggi — who was assassinated by the Saudi government — worked with the developers to help include her late partner's censored articles in the game. Articles also appear from other journalists: Nguyen Van Dai, who was exiled from Vietnam, Javier Valdez, who was murdered in Mexico, Mada Masr in Egypt, and Yulia Berezovskaia in Russia.

Announced on the World Day Against Cyber Censorship, the project's goal is to not only provide access to censored journalism, but to bring awareness to the threats to the freedom of press worldwide, as well as the draconian treatment of censored journalists who've stood up to their governments.

"This is such a unique way of bringing attention to censorship," Blonk told FastCo. "We hope that with so many players and so many people that we basically bring this problem up again. People die because they’re being censored."

Read This Next
Sounding Off
Adult Performers React to Law Requiring Photo ID to Watch Online Porn
Bot Rush
An Overwhelming Number of Porn Bot Accounts "Drowned Out" Chinese Protest Content on Twitter
Russian Block
Teen Sentenced to Prison for Plotting Terror Attack in Minecraft
"Don't Be Evil"
Google Refuses to Pull Website Responsible for Scores of Suicides
Moderation Station
China Is Trying to Scrub Bikinis and Smoking From the Internet
More on Future Society
Rough
Yesterday on futurism
Elon Musk's Twitter Is Reportedly Failing Miserably to Contain Horrific Child Abuse Content
YouTube Propaganda
Yesterday on the byte
Experts Say There's Something Very Weird About North Korean YouTubers
Bird Crap
Feb 4 on the byte
It Looks Like Elon Musk Is Actually Building a Twitter Payment Platform
READ MORE STORIES ABOUT / Future Society
Keep up.
Subscribe to our daily newsletter to keep in touch with the subjects shaping our future.
+Social+Newsletter
TopicsAbout UsContact Us
Copyright ©, Camden Media Inc All Rights Reserved. See our User Agreement, Privacy Policy and Data Use Policy. The material on this site may not be reproduced, distributed, transmitted, cached or otherwise used, except with prior written permission of Futurism. Articles may contain affiliate links which enable us to share in the revenue of any purchases made.
Fonts by Typekit and Monotype.