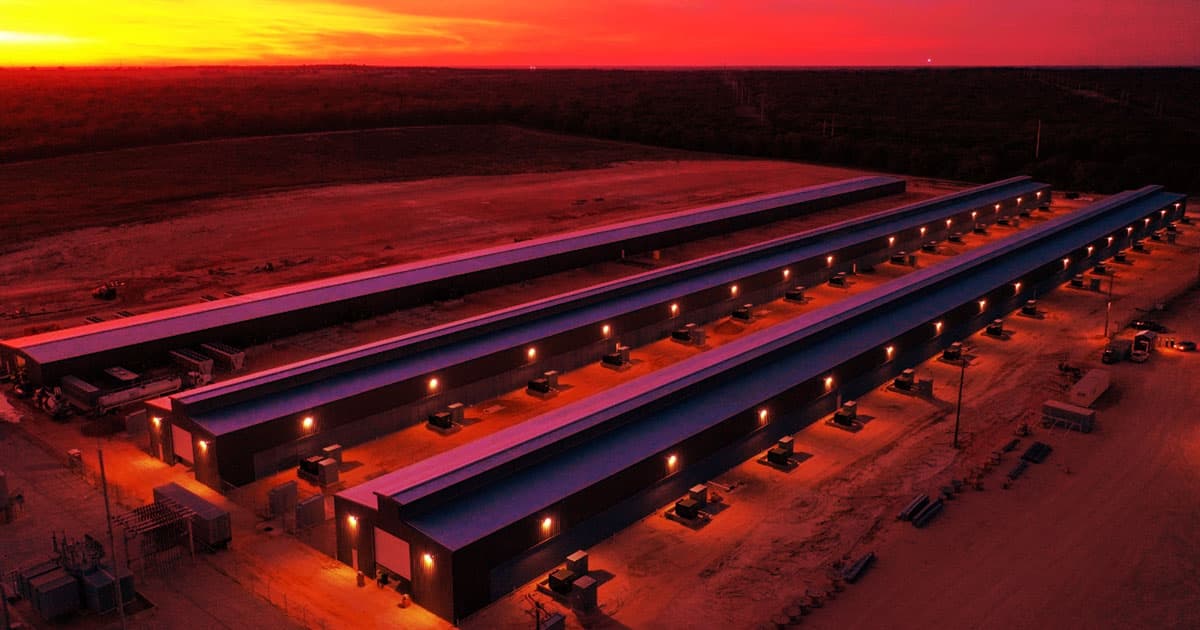 Texas Gets So Hot That Crypto Miners Call It Quits

Crypto miners finally made at least one eco-conscious decision this week when they shut down temporarily to avoid overloading Texas' electric grid.

On Monday, the Electric Reliability Council of Texas, or ERCOT, asked Texans across the state to reduce energy consumption to prevent blackouts and power outages during an intense heat wave, with temperatures soaring above 100 degrees Fahrenheit. In a press release, the agency's said that in addition to causing record energy demand for the state, scorching heat has even knocked out some of Texas' renewable energy options, like wind power.

Because crypto mining sites in Texas consume as much as a full percent of the state's total energy output, the Verge said Tuesday that miners voluntarily shut down to prevent pricing spikes for other residents, and to reduce consumption per ERCOT's request.

We do have to hand it to the crypto miners for making the right call here and ensuring Texas' residents have access to power. That's especially important since the EPA says heat-related deaths have been on the rise in the US since 2015.

In the last couple of years, awareness has grown about how horrible blockchain tech can be for the environment. There's no arguing the point when mining rigs have bought up entire gas-powered power plants.

It's worth noting that this is, overall, a convenient moment to pause a cryptomining operation. The cryptocurrency market has entered an epic tailspin over the past month, making mining a much less compelling use of power.

It's also worth pointing out that it's fairly ridiculous that we live in a world where cryptocurrency controls 1 percent of a state's power usage. But at the same time, it could be an opportunity for the industry to rehab its tattered reputation — if it were to keep solving real problems that affect, you know, actual people.

Too Good to be True
Shockingly, Crypto Project That Promised 5% Returns Per Week Turned Out to Be a Ponzi Scheme
Jul 23
Read More
Red Card
Crypto Exchange That Invested in Forbes Accused of Violating Terrorism Sanctions
Jul 12
Read More
Crypto Me This
Speaker at Crypto-Funded Convention Trashes NFTs, Gets Loud Applause
Jul 12
Read More
+Social+Newsletter
TopicsAbout UsContact Us
Copyright ©, Camden Media Inc All Rights Reserved. See our User Agreement, Privacy Policy and Data Use Policy. The material on this site may not be reproduced, distributed, transmitted, cached or otherwise used, except with prior written permission of Futurism. Fonts by Typekit and Monotype.