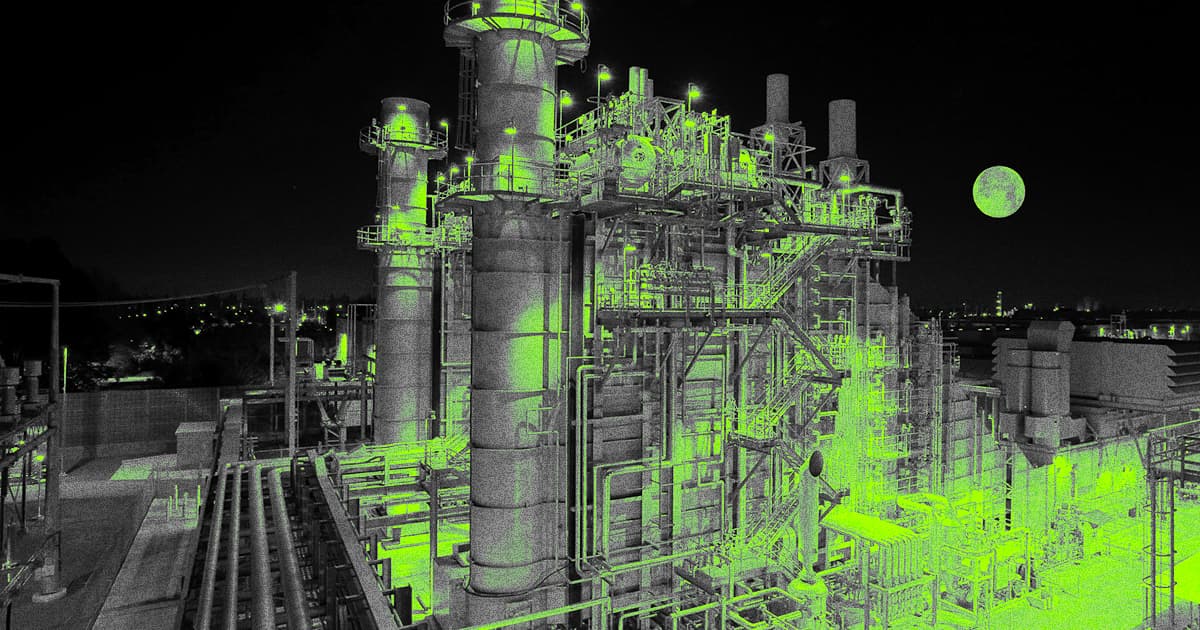 Old power plants, factories, and warehouses are being loaded up with crypto mining rigs.

Old power plants, factories, and warehouses are being loaded up with crypto mining rigs.

As the energy demands of cryptocurrency mining garner increased scrutiny, some mining operations are cutting out the middleman and setting up shop inside existing power plants.

These companies are in search of what's called "stranded power," which could be an existing power plant or an abandoned facility with access to dormant energy sources, Curbed reports. For example, a crypto mining company called Core Scientific moved into an old Levi's denim factory that had near-exclusive access to a nearby hydroelectric dam. Others, like Greenidge Generation, simply bought a gas-burning power plant to directly power their operations — a strategic move, to be sure, but one that calls into question whether crypto mining could ever actually become sustainable like advocates claim.

Other mining operations have set up shop in abandoned warehouses, mills, airplane hangars, factories, aluminum smelters and steel mills, among others. What miners are looking for, Curbed reports, are big open spaces with ample ventilation to fill with servers and access to cheap or energy sources with existing infrastructure.

"That's why certain places like the old Alcoa [aluminum] factories are some of the most popular," Mike Colyer, CEO of the crypto mining supply company Foundry, told Curbed, "because they're very large buildings with a lot of installed electrical infrastructure, and the buildings were designed to remove heat, so they become natural places for mining."

Some states, like New York, attempted to block new mining operations due to environmental concerns, but others like Texas, Kentucky, and South Dakota are welcoming these companies with open arms. As these crypto miners flood in, Curbed notes, the abandoned relics of older American industries are creaking back to life — but filled with servers rather than metalworking machinery.

READ MORE: Got an Old Power Plant Lying Around? Crypto Miners Are Buying Them Up [Curbed]

Good Neighbors
German Government Says It May Keep Nuclear Plant Open After All
7. 31. 22
Read More
Back Online
Japan May Need Nine Nuclear Reactors Turned On to Get Through Winter
7. 14. 22
Read More
Bitcoin Ban
Another Entire Country Just Banned Crypto Mining
1. 9. 22
Read More
+Social+Newsletter
TopicsAbout UsContact Us
Copyright ©, Camden Media Inc All Rights Reserved. See our User Agreement, Privacy Policy and Data Use Policy. The material on this site may not be reproduced, distributed, transmitted, cached or otherwise used, except with prior written permission of Futurism. Articles may contain affiliate links which enable us to share in the revenue of any purchases made.
Fonts by Typekit and Monotype.