"The lake is so warm you feel like you're in a hot tub." 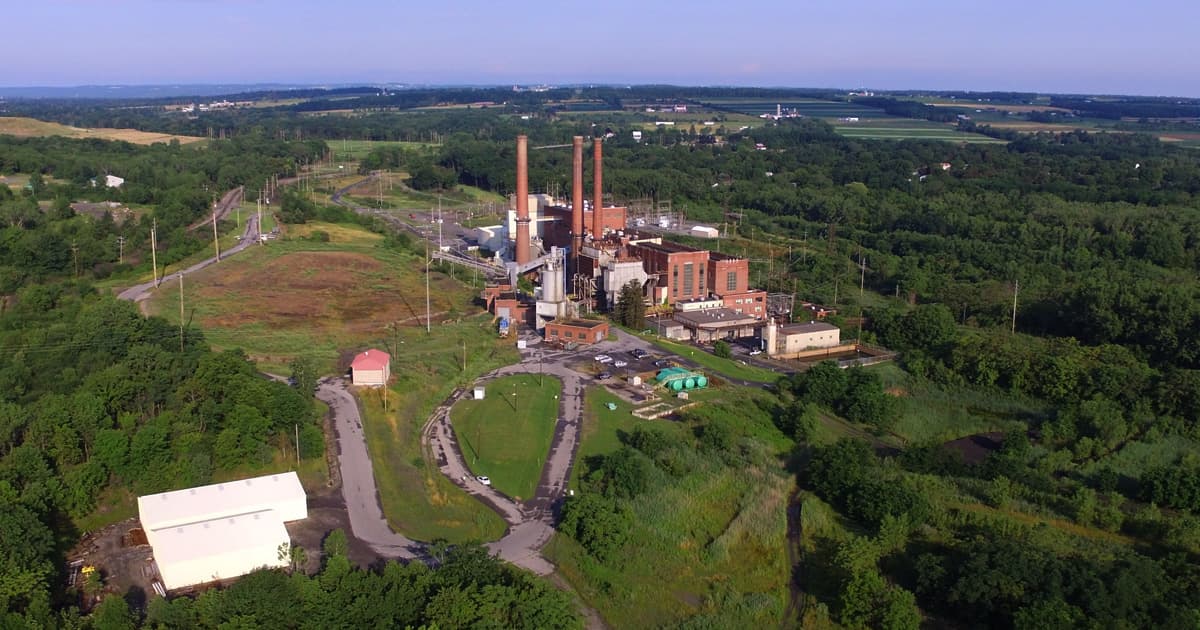 A retired gas-fired power plant was converted into a Bitcoin mining facility in the Finger Lakes region of New York state — and NBC reports that neighbors say it's pumping serious amounts of heat into the lake's waters.

"The lake is so warm you feel like you're in a hot tub," Abi Buddington, who lives close to the plant, told the outlet.

The plant is taking in and pumping out over 100 million gallons of water every day, some of which can reach 108 degrees Fahrenheit.

For a year and a half, Greenidge Generation LLC, owned by private equity firm Atlas Holdings, has been using the gas-fired plant to mine bitcoins, an energy-intensive process. Not only is it endangering local ecosystems, critics say, but it's also pumping a ton of carbon dioxide into the atmosphere as well.

It's a vivid illustration of the environmental toll cryptocurrency mining can have. In fact, experts believe global bitcoin mining uses more energy per year than an entire developed country.

Private equity firms like Atlas Holdings often only hunt short term opportunities, meaning that many fossil fuel-powered plants stay in business instead of being scrapped.

"Private equity thinks it can squeeze a couple more years out of them," Tyson Slocum, director of the energy program at Public Citizen, told NBC. "And they are often immune from investor pressures."

Greenidge CEO Jeff Kirt maintains that its natural gas-powered plant's "environmental impact of the plant has never been better than it is right now," he told the broadcaster. The company recently doubled its assets from $3 billion to $6 billion thanks to its power generator acquisitions.

But local residents aren't happy with the greenhouse gas-emitting operation. They see it as a threat to the local environment and a needless source of harmful emissions.

They also worry about New York reaching greenhouse gas reduction goals — which is especially worrying considering emissions from the plant are only expected to rise exponentially in the future, according to NBC. The plant reportedly put out more than 240,000 tons in carbon dioxide emissions in 2020 alone.

It's a troubling reminder of cryptocurrency mining's environmental toll. Despite the plummeting value of Bitcoin, many other operations like Greenidge are bound to emerge.

READ MORE: Some locals say a bitcoin mining operation is ruining one of the Finger Lakes. Here's how. [NBC]

More on Bitcoin mining: After Ban, Chinese Bitcoin Miners Are Flooding the Market With GPUs

Read This Next
Bitcoin Ban
Another Entire Country Just Banned Crypto Mining
Stealing Gas
Bitcoin Miners Open Secret Power Plant, Get Busted
Coal Crypto
Bitcoin Mining Company Buys Entire Coal Power Plant
Futurism
Bitcoin Is Going To Use As Much Electricity As Austria By The Year’s End
Futurism
The Hidden Cost of Bitcoin? Our Environment.
More on Earth & Energy
Stem Ware
Yesterday on the byte
Scientists Discover World's Oldest Preserved Vertebrate Brain
From Bad to Worse
Thursday on the byte
Global Warming Is Worse Than We Thought, AI Tells Scientists
RIP Fred
Thursday on the byte
Instead of Predicting Length of Winter, Groundhog Simply Dies
READ MORE STORIES ABOUT / Earth & Energy
Keep up.
Subscribe to our daily newsletter to keep in touch with the subjects shaping our future.
+Social+Newsletter
TopicsAbout UsContact Us
Copyright ©, Camden Media Inc All Rights Reserved. See our User Agreement, Privacy Policy and Data Use Policy. The material on this site may not be reproduced, distributed, transmitted, cached or otherwise used, except with prior written permission of Futurism. Articles may contain affiliate links which enable us to share in the revenue of any purchases made.
Fonts by Typekit and Monotype.