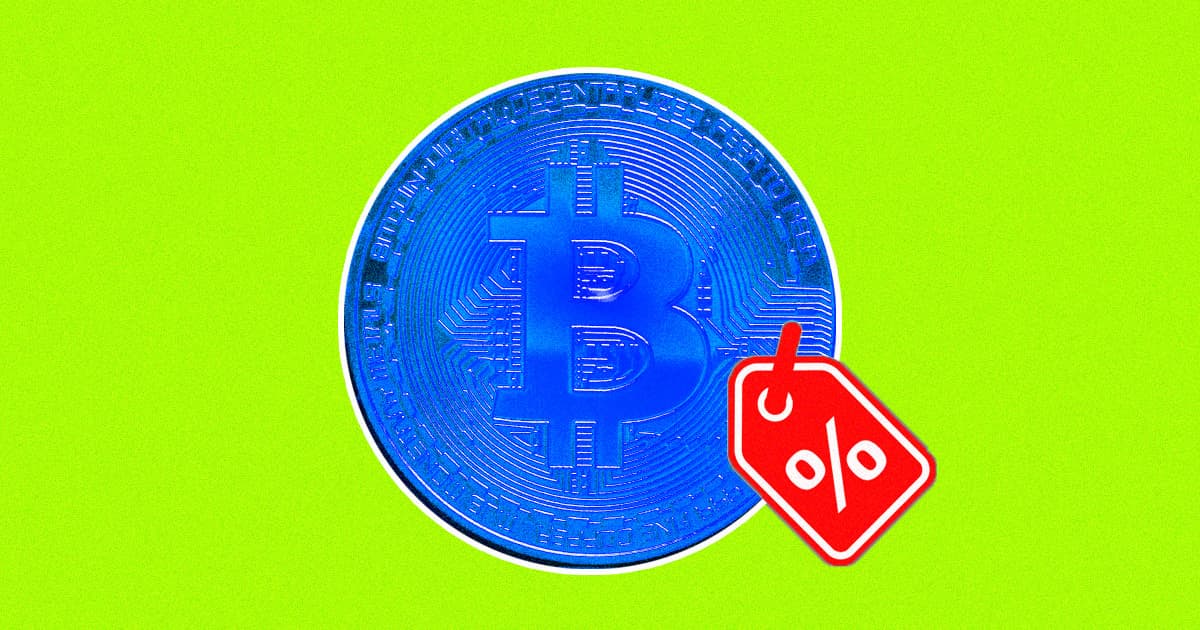 "I don't think people need to be anxious to be putting money in bitcoin right now."

"I don't think people need to be anxious to be putting money in bitcoin right now."

After losing more than half of its value since hitting record highs this spring, Bitcoin is in for yet another rude awakening, according to Guggenheim's chief investment officer (CIO) and noted Bitcoin bear Scott Minerd.

Minerd told CNBC this morning that he expects Bitcoin to sink as low as $15,000, less than half of what it's currently selling for — but continuing a substantial slide since earlier this year.

"The real bottom, when you look at the technicals, $10,000 would be the real bottom, you know, that's probably a little extreme, so I would say $15,000," Minerd told CNBC. That's roughly 25 percent lower than what other analysists believe the likely bottom of Bitcoin will be, according to the CIO.

The comments exemplify a rapid cooling down in the enthusiasm for the digital currency — at least, that is, in some quarters.

Minerd has a compelling history predicting Bitcoin's woes. Earlier this year, he correctly predicted a "major correction in bitcoin" in April when the token was hovering near all-time highs of around $55,000.

"I think we could pull back to $20,000 to $30,000 on bitcoin, which would be a 50 percent decline, but the interesting thing about bitcoin is we’ve seen these kinds of declines before,” Minerd told CNBC at the time.

The value of Bitcoin has indeed dipped below $30,000 earlier this week for the first time since January.

Whether Minerd somehow foresaw Elon Musk's criticism of the token or a massive cryptocurrency mining crackdown in China is far less likely, however.

According to the CIO, the Federal Reserve has sent signals it is planning to roll back bond buying programs, which started during the height of the pandemic last year. That means lower liquidity, with fewer people being able to converting assets into cash to buy Bitcoin. The result: the token's value sinks even further.

Bitcoin peaked at around $20,000 in late 2017, but fell in value over the next several years. In April, the token soared to highs of above $63,000, in part driven by Tesla CEO Elon Musk's enthusiasm, but came crashing back down after Musk criticized the technology behind it. China's crackdown on cryptocurrency mining has also greatly contributed to Bitcoin's recent demise.

Minered, however, doesn't see Bitcoin as a sinking ship. The investor told Bloomberg in December that he believes the digital currency should be worth $400,000. "It’s based on the scarcity and relative valuation such as things like gold as a percentage of GDP," he explained at the time.

For the time being, "I don't think people need to be anxious to be putting money in bitcoin right now," Minerd told CNBC this morning, noting that the token will shift and consolidate for the next couple of years.