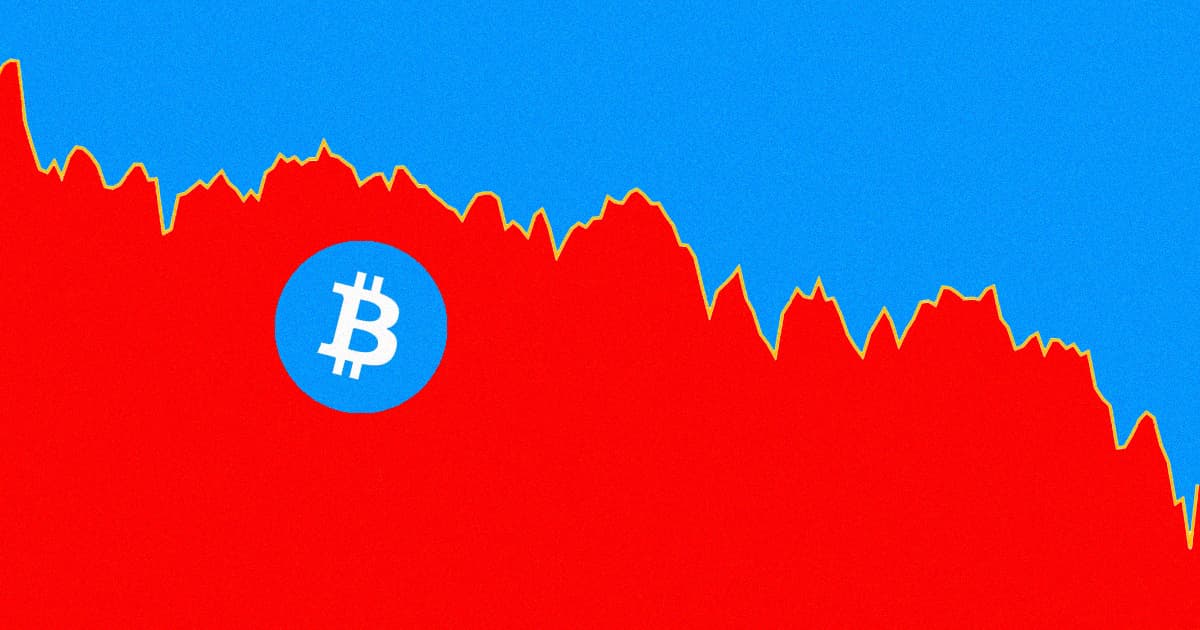 Then came a wrecking ball in the form of Elon Musk, whose electric car company Tesla had lent Bitcoin unprecedented mainstream credibility earlier in the year when it bought $1.5 billion worth of the digital currency and started accepting it for new car sales.

But that all changed in a tweet, when Musk announced that due to environmental concerns over the carbon footprint of mining, Tesla was no longer accepting Bitcoin.

"Cryptocurency is a good idea on many levels and we believe it has a promising future, but this cannot come at great cost to the environment," he wrote at the time. "Tesla will not be selling any Bitcoin and we intend to use it for transactions as soon as mining transitions to more sustainable energy."

The move was met with derision by cryptocurrency advocates, who accused Musk of kicking the ladder out from under them after supporting the tech at Tesla — and beyond, in the form of memes about the jokey cryptocurrency Dogecoin that drove its price up dramatically this year.

They were seemingly right to be upset. During the week since Musk's announcement, almost every mainstream cryptocurrency has plummeted in value. Bitcoin sank to as low as about $30,000 today before rebounding slightly. Dogecoin has tanked even more dramatically, from a high of about $0.70 during the peak of Musk's boosterism to as low as $0.33 today — meaning that its value has effectively been chopped in half.

It's not all Musk's fault. Today's particularly steep drops were probably related to an announcement by regulators in China that banks were no longer allowed to handle cryptocurrency.

But viewed in that context, Musk may have been a harbinger of powerful entities turning against cryptocurrencies like Bitcoin.

What all that means to individual investors is complex and varied. For those who cashed out near a high, it was an extraordinary ride. But those who got swept up in the hype stood to lose enormous sums.

On the one hand, cryptocurrency is clearly bigger than Tesla, and it's unlikely that losing the support of one A-list company will make or break the future of the tech.

But on the other, it's one more sign of cryptocurrency's foundational instability — as well as the fact that regardless of what Musk says one day, you never know what he's going to do next.

Read This Next
Work Culture
Former Tesla Manager Says Workers Will Actually Love Elon Musk's Tyrannical Email
The Saga Continues
SpaceX President Defends Elon Musk Against Sexual Misconduct Claims
Thanks Man!
After Sexual Allegations, Elon Musk Jets Off to Brazil
Wait Wait
Elon Musk Has a Ridiculous Excuse for Why He Suddenly Doesn't Want to Buy Twitter
Musk Gonna Musk
Experts Say That Elon Musk Has No Idea How Math Works
More on Future Society
Wipe It
8:20 PM on the byte
Google Says It Will Automatically Delete Abortion Clinic Visits From Users' History
Vatican Vagrant
Yesterday on the byte
Elon Musk Takes Flabbergastingly Awkwardly Picture With the Pope
Movie Magic
Yesterday on the byte
Robots Now Delivering VR Porn Headsets to the Terminally Lonely
READ MORE STORIES ABOUT / Future Society
Keep up.
Subscribe to our daily newsletter to keep in touch with the subjects shaping our future.
+Social+Newsletter
TopicsAbout UsContact Us
Copyright ©, Camden Media Inc All Rights Reserved. See our User Agreement, Privacy Policy and Data Use Policy. The material on this site may not be reproduced, distributed, transmitted, cached or otherwise used, except with prior written permission of Futurism. Fonts by Typekit and Monotype.