The company claims it wasn't doing anything illegal. 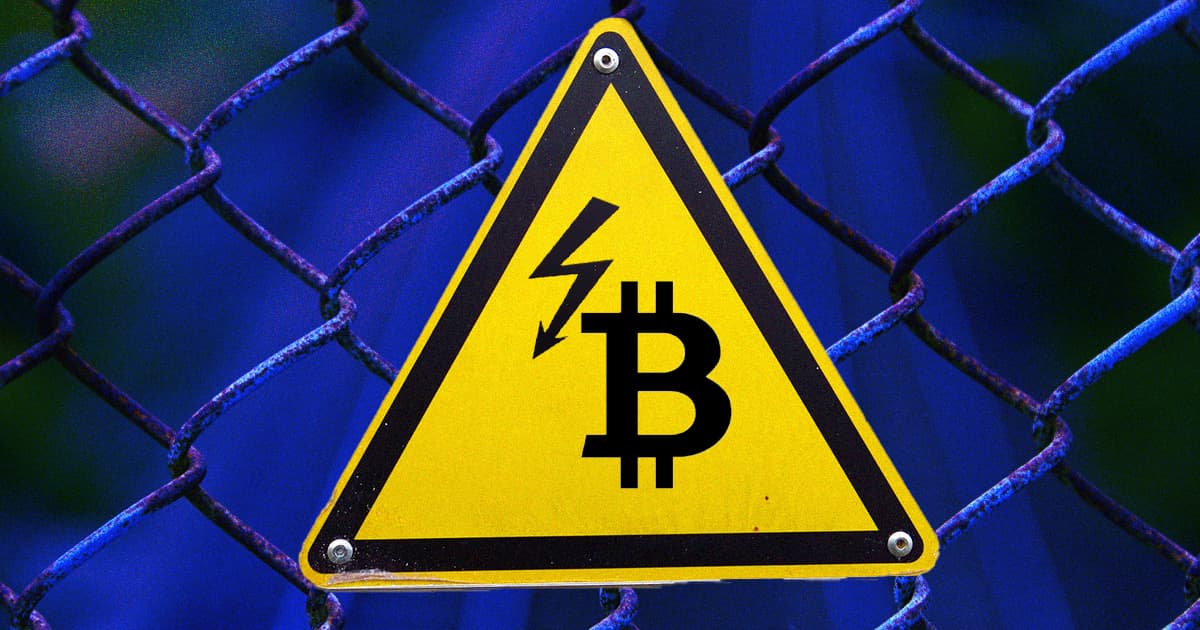 A Bitcoin mining operation in the Canadian province of Alberta tried to tap a nearby unused natural gas well for power — and got busted after neighbors started complaining about the noise it was producing, CBC News reported in August.

But in an email to Gizmodo, the CEO of the company called Link Global is now trying to downplay the incident.

"We run on abandoned gas sites and have been working with the utilities commission to bring them into compliance," he wrote. Compliance was their "main challenge as bitcoin mining is new to the energy regulatory framework and going first can be hard sometimes."

There's been consistent tension between crypto miners and local energy infrastructure. In July, for instance, Malaysian police seized 1,069 bitcoin mining rigs before crushing them all with a steamroller after news emerged that miners had been stealing electricity from a local utility company.

According to the CBC, Link Global never actually notified anybody that it was using the natural gas well — which amounts to theft, in Gizmodo's reading. Late last month, the CBC reported that Alberta's provincial utilities commission is proposing a $5.6 million fine for Link Global.

The Vancouver-based mining company had set up four 1.25 megawatt gas generators in 2020 — enough to power 6,000 homes — not far from Edmonton, Alberta. The generators were being powered by the natural gas well, which is owned by Maga Energy, a private oil and gas production company.

Neighbors had initially complained of noise being produced by the generators, which alerted the Alberta Utilities Commission (AUC).

"It differs every time the wind changes direction," local resident Jeff Kocuipchyk told the CBC in August. "It's just like a wave...  but it's 10 times louder and 100 times more annoying."

While Link Global claims no wrongdoing, the AUC isn't impressed by its excuses.

"Link Global's willful disregard for the existence of regulatory requirements prior to commencing operations and its persistent operation in contravention... heightens the seriousness of the contraventions," the regulator's enforcement team wrote in a statement filed last month, as quoted by the CBC.

"Such conduct undermines the integrity and efficacy of the regulatory framework," the filing reads.

Even more worryingly, Link Global never reported any crypto mining revenue during the first six months of this year, according to the enforcement team. The company's legal team called it a "very serious allegation," according to the CBC.

A hearing in November will now decide if Link Global did indeed steal natural gas from Maga Energy — and the company will likely be facing an uphill battle to avoid getting fined.

READ MORE: A Bitcoin Mining Operation Started a Secret Power Plant, It Did Not Go as Planned [Gizmodo]

Read This Next
Bitcoin Ban
Another Entire Country Just Banned Crypto Mining
Coal Crypto
Bitcoin Mining Company Buys Entire Coal Power Plant
Hot Tub Mine Machine
Neighbors Accuse Bitcoin Mining Facility of Warming Up Entire Lake
Futurism
Bitcoin Is Going To Use As Much Electricity As Austria By The Year’s End
Futurism
Solar Panels Are Replacing Diesel Fuel in Canada's Far North
More on Earth & Energy
His Power
9:17 PM on the byte
Scientists Develop Compound That Kills So Efficiently They Named It After Keanu Reeves
Dishonorable Disc...
Yesterday on the byte
Scientists Alarmed by Video of Deep Sea Mining Company Spewing Waste Into Ocean
Save Yourselves
Feb 5 on the byte
Furious Marsupial So Thirsty For Sex That It’s Dying, Scientists Warn
READ MORE STORIES ABOUT / Earth & Energy
Keep up.
Subscribe to our daily newsletter to keep in touch with the subjects shaping our future.
+Social+Newsletter
TopicsAbout UsContact Us
Copyright ©, Camden Media Inc All Rights Reserved. See our User Agreement, Privacy Policy and Data Use Policy. The material on this site may not be reproduced, distributed, transmitted, cached or otherwise used, except with prior written permission of Futurism. Articles may contain affiliate links which enable us to share in the revenue of any purchases made.
Fonts by Typekit and Monotype.