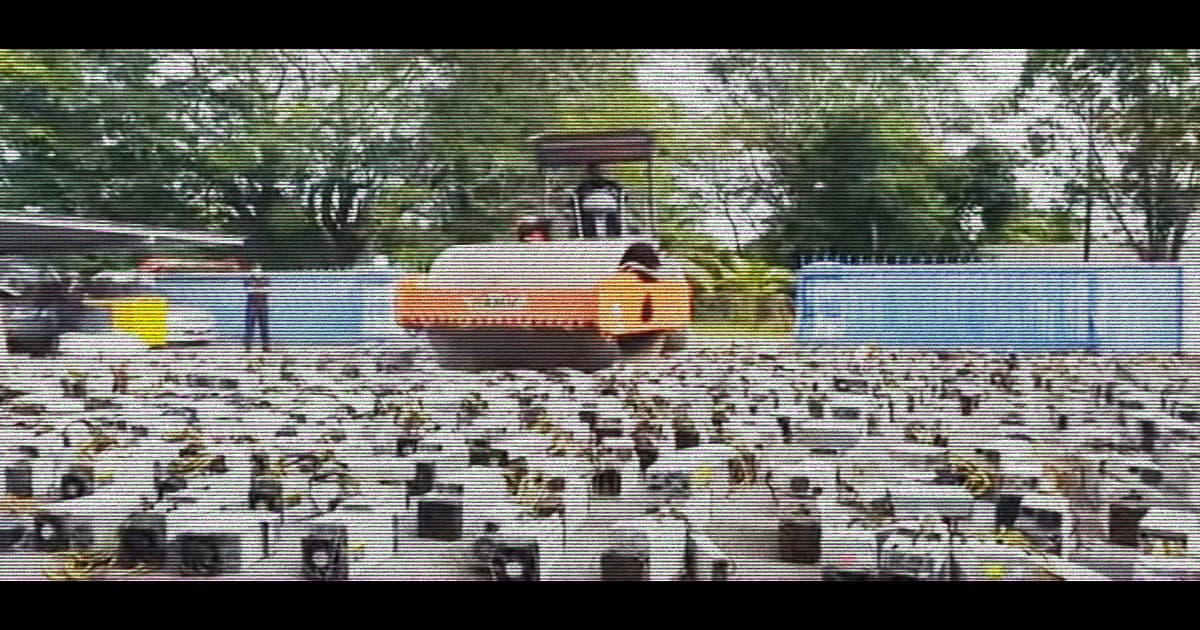 Law enforcement officials in Malaysia seized 1,069 bitcoin mining rigs before crushing them all with a big steamroller last week.

The seizure was a part of a joint operation between police officers in the city of Miri and Sarawak Energy, an electric utility company in Malaysia, to crack down on crypto miners who stole electricity to mine Bitcoin, according to Vice. The rigs were taken by police during six separate raids that occurred between February and April.

This week, they were destroyed in spectacular fashion when officials laid them all out in a parking lot at police headquarters and ran them over with a steamroller. Check out the video of the action below:

All told, authorities destroyed about $1.25 million worth of devices — and that still doesn’t make up for the cost of the stolen energy.

In fact, Sarawak Energy claims that it has lost roughly $2 million due to miners stealing electricity.

Crypto mining is notorious for its immense energy consumption and harmful environmental impact as a result. In fact, Elon Musk claimed that it was one of the biggest reasons he chose to drop Bitcoin as a form of payment for Tesla in May.

More on crypto: The Creator of Dogecoin Says He Now Believes That All Cryptocurrency Is Horrible

Regulating Crypto
Hillary Clinton Calls Out Crypto Exchanges for Letting Russia Bypass Sanctions
3. 3. 22
Read More
Bad Cops
Cops Allegedly Used a Sexual Assault Survivor's DNA to Arrest Her for Property Crime
2. 15. 22
Read More
Bye Bye Baby
Lawyer for Crypto Laundering Rapper Says She Won't Flee Because of Her Frozen Embryos
2. 11. 22
Read More
+Social+Newsletter
TopicsAbout UsContact Us
Copyright ©, Camden Media Inc All Rights Reserved. See our User Agreement, Privacy Policy and Data Use Policy. The material on this site may not be reproduced, distributed, transmitted, cached or otherwise used, except with prior written permission of Futurism. Articles may contain affiliate links which enable us to share in the revenue of any purchases made.
Fonts by Typekit and Monotype.