The vaccine is extraordinarily effective, according to the first wave of real-world data. 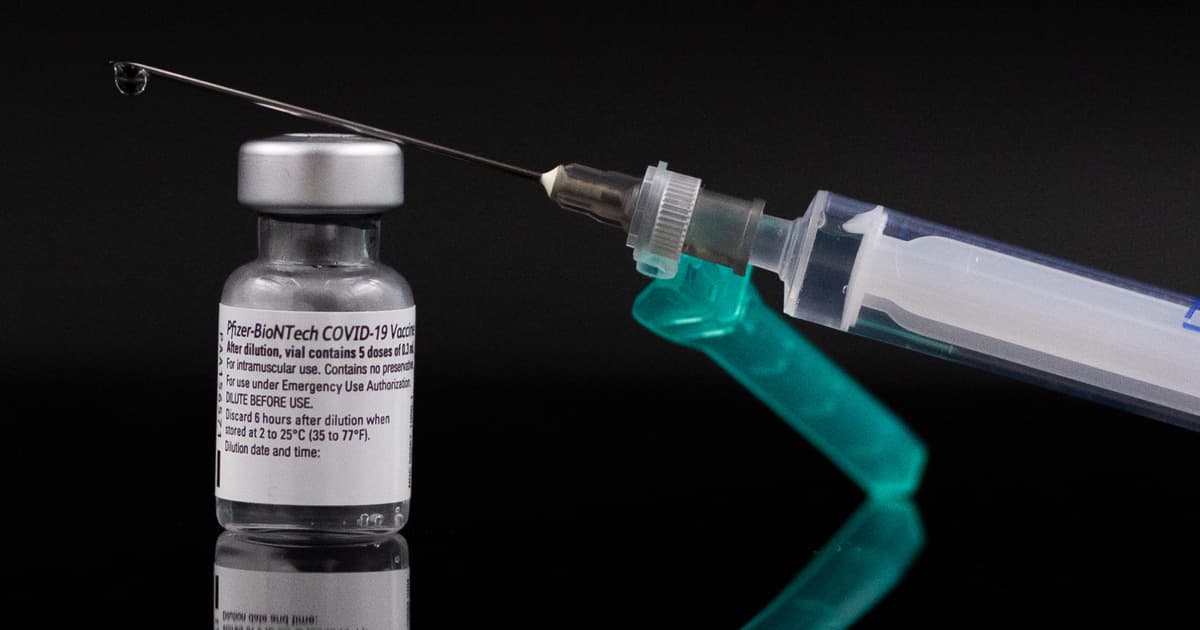 Israel has been at the forefront of COVID-19 vaccinations, with more than 2.6 million residents — out of a population of around nine million — having received at least a single dose of the vaccine, Reuters reports.

And just as experts had hoped, according to preliminary Israeli data, the vaccines are every bit as effective as they were initially promised to be. Out of 128,600 Israelis who have received both doses of the Pfizer vaccine, Israeli health authorities say that only 20 people have subsequently caught the bug — an extraordinary success rate that bodes well for the rest of the world, once the shots become widespread..

The news is actually even better than it sounds at first. Half of the 20 people who did catch COVID suffered from chronic illnesses, and not a single one experienced severe symptoms.

“All patients experienced a mild illness with symptoms including headaches, cough, weakness or fatigue,” a statement by Israeli health maintenance organization Maccabi reads. “No-one was hospitalized or suffered from a fever above 38.5 Celsius. Most patients tested for COVID-19 due to exposure to a verified patient.”

The data more or less confirms — or may even exceed — the high expectations set by vaccine manufacturer Pfizer and partner BioNTech, as the Times of Israel points out. Late last year, Pfizer announced it had found its vaccine to be 95 percent effective.

That’s good news for Israel, which is currently experiencing its worst wave of COVID-19 yet, with cases spiking over the last couple of days. In a response, Israel chose on Sunday to close its international airport to most flights.

1.13.22 Cancer
Good News: Cancer Deaths Have Dramatically Fallen in the Past 30 Years
But there's a catch.
By Tony Tran / Read More >>
1.13.22 Developments
Surgeon Stripped of License for Carving His Initials Into Patients’ Organs
Why did this take so long?
By Noor Al-Sibai / Read More >>
1.13.22 Treatments
Scientists Are Testing a Vaccine to Treat Opioid Addiction
The vaccine is currently being tested on patients with substance abuse disorders.
By Tony Tran / Read More >>
Keep up.
Subscribe to our daily newsletter to keep in touch with the subjects shaping our future.