If the US doesn't have enough doses to go around, it could all be the fault of this one decision. 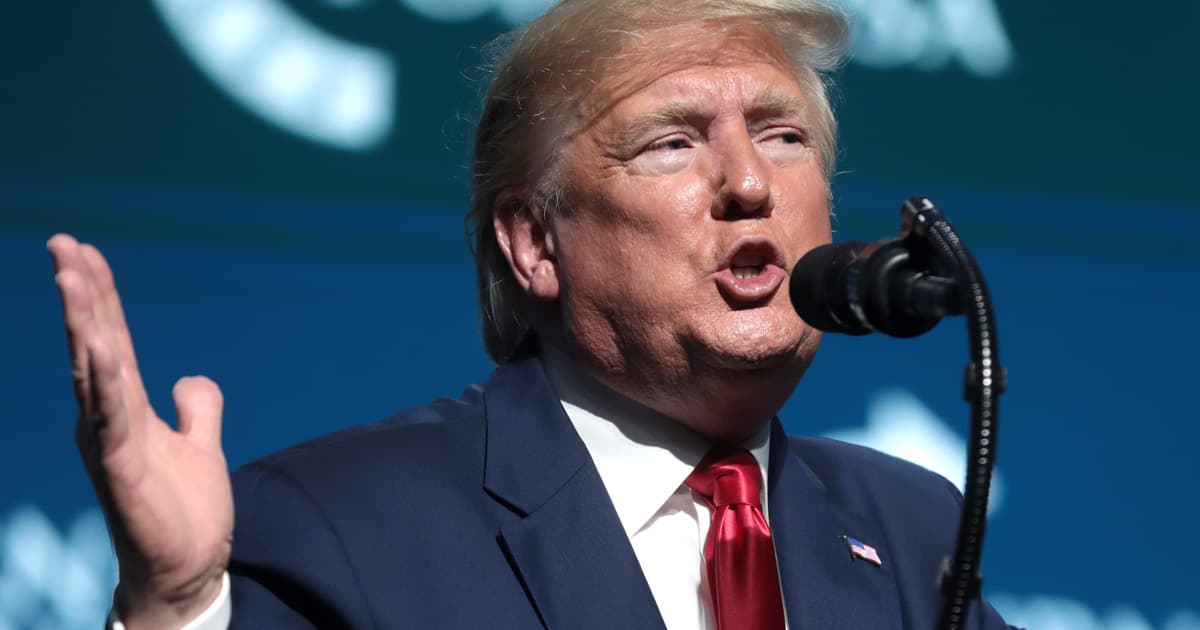 U.S. President Donald Trump is claiming credit for pharmaceutical companies making significant progress toward a COVID-19 vaccine during his presidency.

But The New York Times isreporting that when Pfizer offered the U.S. government the chance to purchase additional doses of its experimental vaccine, Trump said no.

Pfizer developed a coronavirus vaccine — and didn't accept any federal funding through Operation Warp Speed — which is already approved for use in the U.K. and is awaiting an Emergency Use Authorization (EUA) from U.S. federal regulators. In July, Pfizer signed a contract with the U.S. government saying it would deliver 100 million doses of its vaccine at $19.95 a pop.

According to the NYT, Pfizer then offered the White House the chance to buy an additional 100 to 500 million doses — nearly enough to vaccinate the entire U.S. population — and the Trump administration said no. Instead, the U.S. made deals with five other vaccine makers as well, a decision that the White House frames as hedging its bets in case Pfizer or any of the other pharmaceutical companies failed to deliver.

Pfizer and the White House frame the discussions differently. The NYT reports that Pfizer says it warned the Trump administration that it would be difficult to compete with international demand and additional vaccines after the fact. On the other hand, a White House official who spoke to the NYT said it was absurd to expect the government to make an even larger order for a vaccine that hadn't yet been proven to work.

Of course, hindsight is 20/20, and hedging bets when it comes to choosing which vaccine to buy months in advance makes a certain bit of sense. But it's unfortunate that the decision to pass on additional doses now means that vaccination will take even longer than it needed to. Especially since, as the NYT reports, the Pfizer contract says that the U.S. would buy a certain number of doses if the vaccine worked.

Even if the federal government somehow ended up with surplus doses, it could have then helped to sell or distribute vaccines to other countries around the world — something that many nations have already banded together to do.

More on vaccines: US, Russia, China opt out of Global Plan to Distribute COVID-19 Vaccines