US, Russia, China Opt Out of Global Plan to Distribute COVID-19 Vaccines 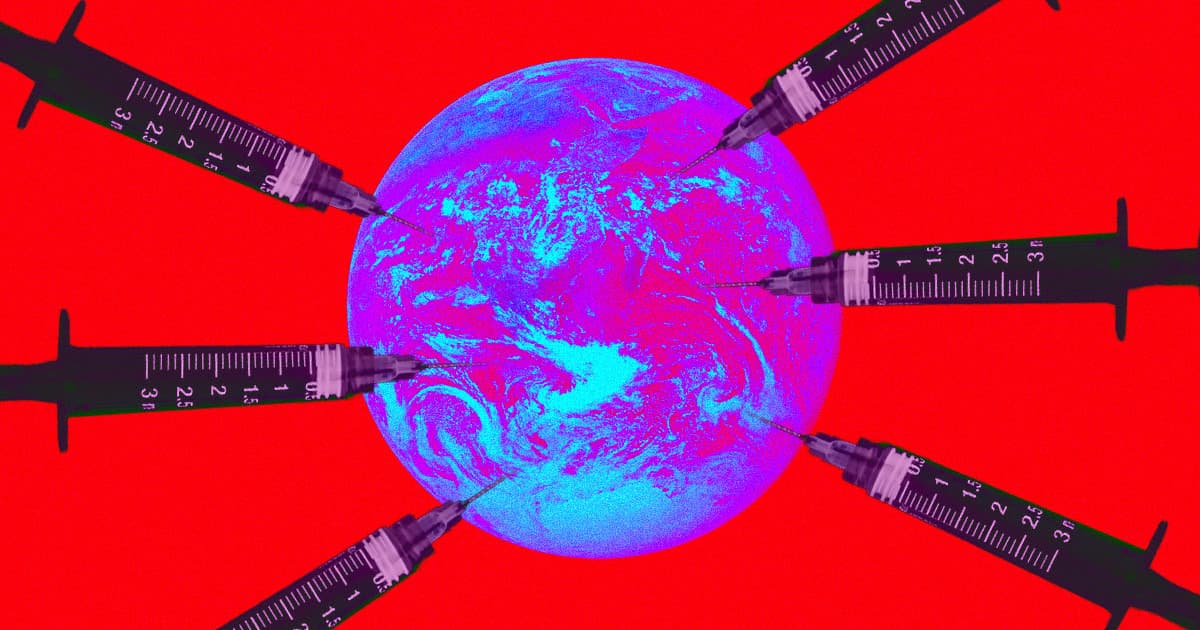 The World Health Organization (WHO) is helping coordinate a massive effort to develop and distribute COVID-19 vaccines around the world — and in a characteristic move, the Trump administration decided not to help out.

An impressive 156 countries — 64 of them high-income nations including Australia and Japan — have already signed on to the initiative, called the COVID-19 Vaccines Global Access (COVAX) Facility, which hopes to distribute 2 billion vaccine doses by the end of 2021, Ars Technica reports. Dozens more are expected to join in the coming days, but notable absences include the U.S., China, and Russia.

"This isn't just the right thing to do, it's the smart thing to do," WHO director-general Tedros Adhanom Ghebreyesus said in Monday press conference.

Without broader support, COVAX may not get the funding it needs to succeed. The plan is to pool resources to support nine experimental vaccines that are already underway, and then purchase doses once it's ready. So far, the initiative has raised just $3 billion of the $35 billion it needs.

"This is not charity, it's in every country's best interest," Tedros added. "We sink or we swim together."

China and Russia have already begun distributing experimental vaccines, even before clinical trials designed to test their safety and efficacy were completed, and U.S. President Trump has expressed interest in doing the same. Regardless, Trump confirmed earlier this month that he wouldn't support COVAX, Ars reports.

The U.S. has already made deals with vaccine developers to secure doses once tests are complete — a move that Tedros has previously called "vaccine nationalism."

More on vaccines: Trump Wants To Approve a COVID Vaccine Before They're Done Testing It