He reportedly wants to get it out in time for the election. 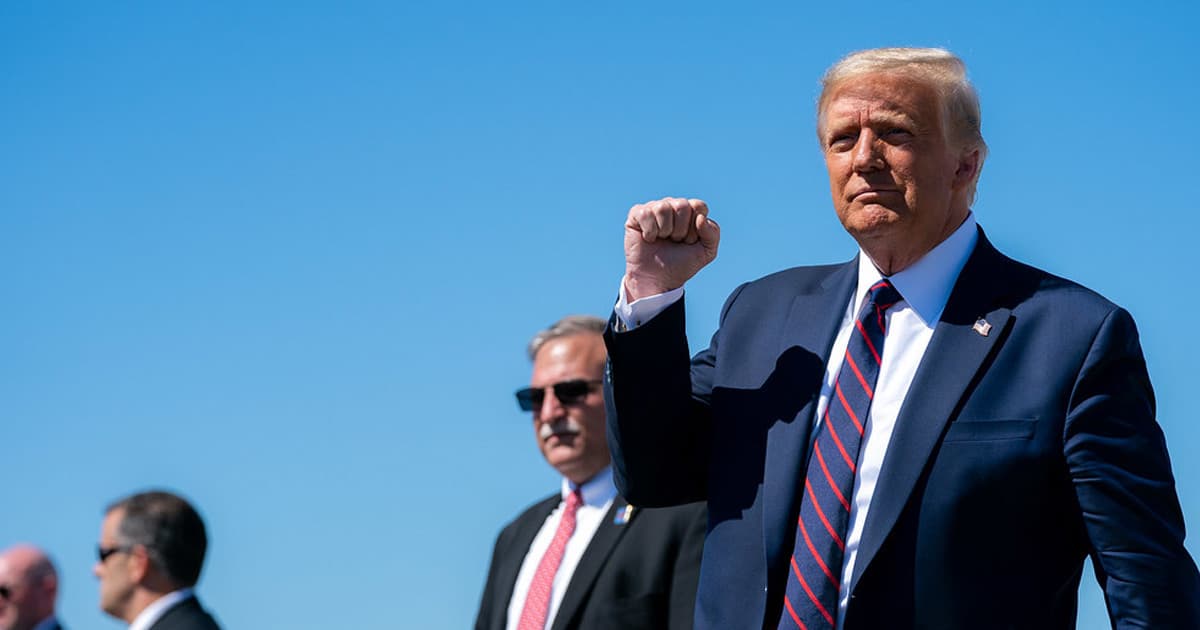 According to the Financial Times, the Trump administration wants to fast-track a vaccine developed by Oxford University and pharmaceutical company AstraZeneca by October — in time for the November presidential election.

But AstraZeneca insisted in response to the news that it has never discussed such an option with the White House, as The Guardian reports.

Late phase 2 and 3 trials, which are extremely important stages in the development of a safe and effective vaccine, are still ongoing in the UK.

The news comes on the heels of a whirlwind of erratic behavior by President Donald Trump, who also gloated over the FDA authorization of a new COVID-19 treatment using blood plasma from recovered patients, Reuters reports.

Trump even pressured FDA commissioner Stephen Hahn, who was nominated to the position last year, in a Saturday tweet to act faster.

"The deep state, or whoever, over at the FDA is making it very difficult for drug companies to get people in order to test the vaccines and therapeutics," Trump wrote in a Saturday tweet, tagging Hahn's official Twitter account.

"Obviously, they are hoping to delay the answer until after November 3rd," Trump added, referring to the fall presidential election. "Must focus on speed, and saving lives!"

There's currently zero evidence of the FDA intentionally delaying the development of a life-saving vaccine.

House Speaker Nancy Pelosi told reporters that "the FDA has a responsibility to approve drugs, judging on their safety and their efficacy, not by a declaration from the White House about speed and politicizing the FDA," as quoted by CNN.

Pelosi also called Trump's statements "very dangerous" and that "even for him, it went beyond the pale."

The news also comes after Russia faced steep criticism from the scientific community over announcing the approval of an untested coronavirus vaccine that had yet to show any scientific merit or evidence that it's safe for humans.

This week, 40,000 volunteers in Russia are set to be getting injected with the vaccine.

More on COVID vaccines: 40,000 Russians Are About to Get That Untested COVID-19 Vaccine