"There's nothing to worry about." 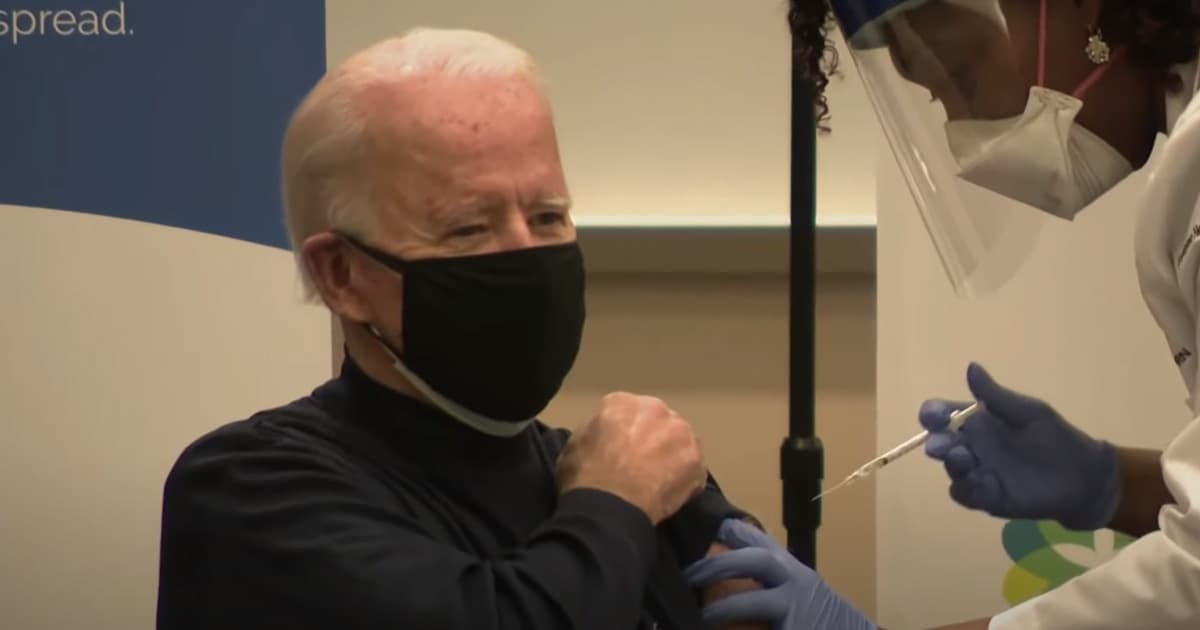 On Monday, President-elect Joe Biden got the first of two injections of the COVID-19 vaccine developed by Pfizer.

Like other public figures have already done or vowed to do, Biden was vaccinated on camera in order to boost the public's trust in the vaccine and encourage as many people a possible to get inoculated themselves, according to CBS News producer Sara Cook.

"There's nothing to worry about," Biden said as he was vaccinated.

Happening now: President-elect @JoeBiden gets his first dose of the #coronavirus vaccine.

“There’s nothing to worry about,” Biden says of getting the vaccine, after getting it on-camera in order to instill public confidence pic.twitter.com/CFEjFdHUXa

"We owe these folks an awful lot," Biden added, speaking specifically of the healthcare workers who have treated coronavirus patients, and scientists working on the vaccine throughout the pandemic.

Biden transition spokesperson Jen Psaki told CNN that the President-elect and Vice President-elect Kamala Harris are staggering their inoculations — if they both by some chance get side effects from the vaccine, then this way only one of them would be out of commission at a time.

On the other hand, President Donald Trump has yet to be vaccinated, though a White House spokesperson told CNN that's because of treatments he took when he caught COVID-19 earlier this year, and will take the vaccine once doctors recommend doing so.

For most Americans who aren't considered frontline, essential workers or medically at-risk, vaccination could still be months away. But CNN reports that Biden plans to distribute enough vaccines for 50 million people during his first 100 days in office.