And they'll do it on camera. 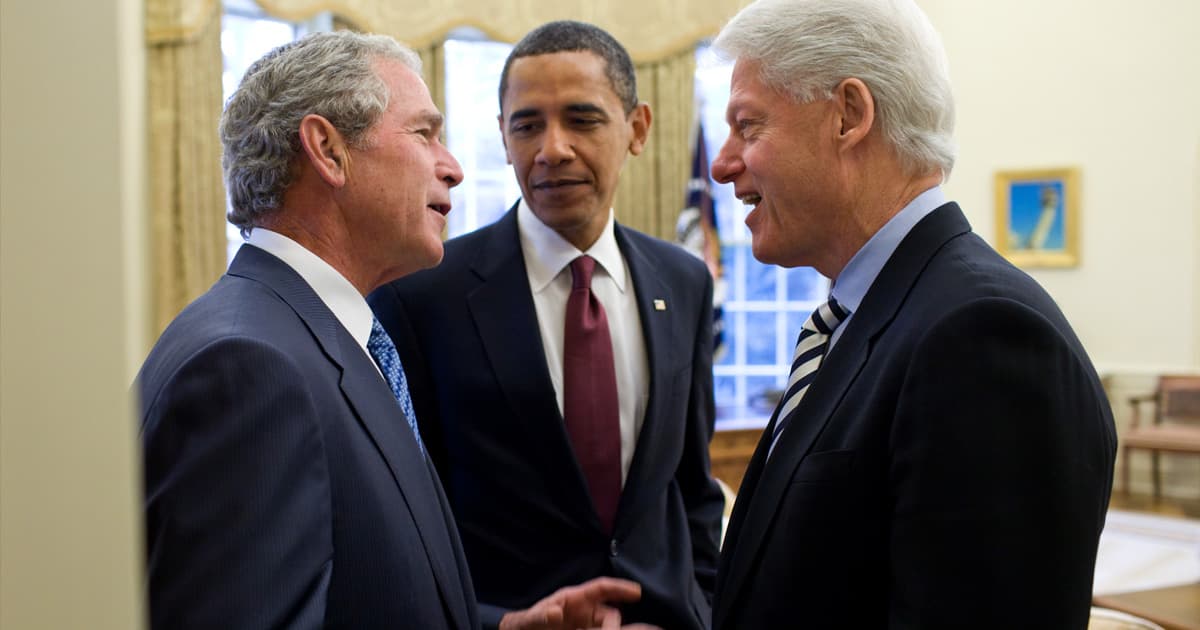 Three former U.S. Presidents have all volunteered to be vaccinated against COVID-19 on camera in order to bolster confidence in the vaccine.

Bill Clinton, George W. Bush, and Barack Obama all agreed to take part, CNN reports, in an attempt to create a bipartisan message encouraging widespread inoculation against the coronavirus.

To many, the idea of encouraging people to vaccinate themselves against the pandemic that's ravaged much of the world throughout 2020 may seem unnecessary. But a national poll from May found that only 49 percent of Americans planned on getting the vaccine. Back then, the top concern was whether the vaccine would be safe or not, so a public demonstration with three national leaders being injected could actually do a lot of good.

"People like Anthony Fauci, who I know, and I've worked with, I trust completely," Obama said Thursday on SiriusXM's Urban View. "So, if Anthony Fauci tells me this vaccine is safe, and can vaccinate, you know, immunize you from getting COVID, absolutely, I'm going to take it."

"I promise you that when it's been made for people who are less at risk, I will be taking it," Obama added. "I may end up taking it on TV or having it filmed, just so that people know that I trust this science, and what I don't trust is getting COVID."

To Obama's last point about personal risk, a CDC advisory panel decided on Wednesday that the first doses of the vaccine available in the U.S. ought to go to healthcare workers who are personally at risk of coronavirus exposure. After them, the panel recommended prioritizing senior citizens in assisted living.

Aside from Obama, both George W. Bush's and Bill Clinton's representatives confirmed to CNN that they would be get the vaccine in public or on camera — and CNN is awaiting word from President Jimmy Carter as well.

"First, the vaccines need to be deemed safe and administered to the priority populations," Bush's chief of staff Freddy Ford told CNN. "Then, President Bush will get in line for his, and will gladly do so on camera."

More on the coronavirus vaccine: CDC Panel: This is who Should Get the COVID Vaccine First