Researchers are calling the "breakthrough discovery" a "game changer." 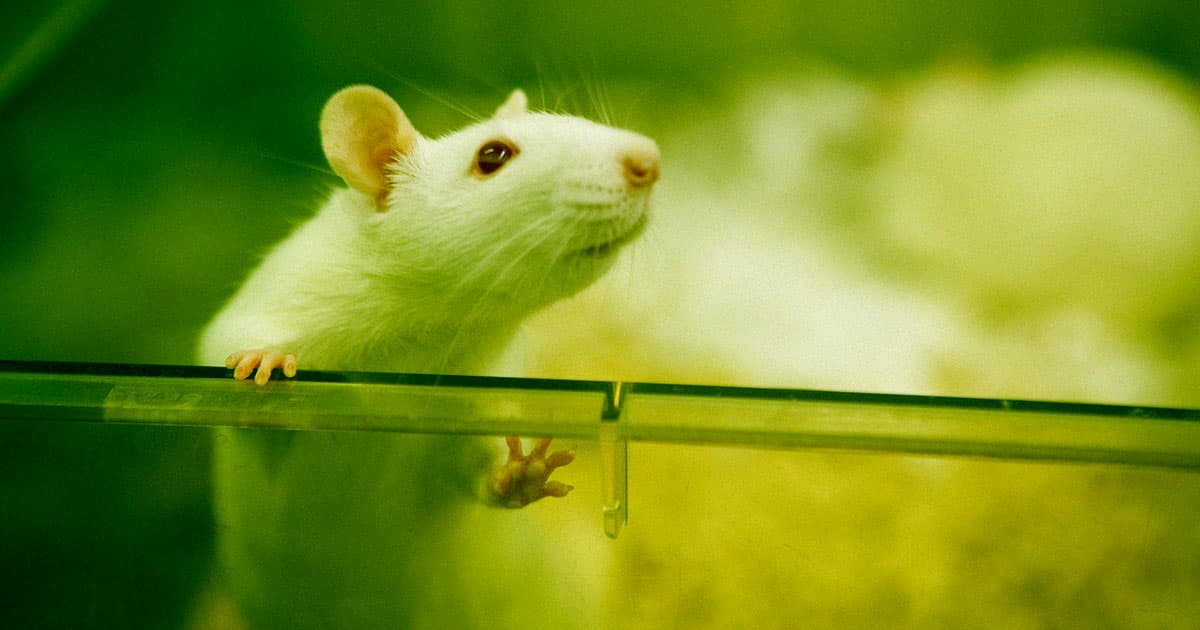 Researchers have come up with a vaccine that appears to block fentanyl from getting rats high. They're hailing the research as a "breakthrough discovery," potentially paving the way for a new treatment for people trying to kick an opioid addiction.

Fentanyl addiction remains an enormously serious problem in America and worldwide. It can be up to 50 times stronger as the already-formidable heroin, and 100 times stronger than morphine. As such, it greatly contributes to both fatal and nonfatal overdoses in the United States, with an estimated 150 Americans dying every day from synthetic opioids like fentanyl, according to the CDC.

Worse yet, around 80 percent of those who seek treatment for opioid addiction will relapse within a month of being discharged from a detox program.

In other words, a vaccine against fentanyl addiction like the one developed by scientists at the University of Houston could provide a much-needed lifeline to many people suffering from the opioid epidemic.

"We believe these findings could have a significant impact on a very serious problem plaguing society for years – opioid misuse," said Colin Haile, a researcher at UH and lead author of a new study published in the journal Pharmaceutics, in a statement, adding that individuals "can 'get back on the wagon' to sobriety."

The rats also never experienced any side effects, according to the researchers.

"The anti-fentanyl antibodies were specific to fentanyl and a fentanyl derivative and did not cross-react with other opioids, such as morphine," Haile said.

Clinical trials in humans are already in the planning stages. The researchers anticipate kicking off the manufacturing of a clinical-grade version of the vaccine within months.

But blocking the brain from experiencing the effects of fentanyl could have other unintended consequences as well.

For one, fentanyl is still a commonly used drug in hospitals across the country. Anesthesiologists still inject fentanyl to relieve severe pain and to allow anesthetics to work better during surgery.

It's particularly useful thanks to its relatively short-lived effects, allowing for faster recovery during minor surgical procedures. Similar drugs like morphine and codeine, on the other hand, have much longer lasting effects.

It's a fascinating new development, a potentially groundbreaking vaccine that could have far-reaching consequences for those who are struggling with addiction.

But given the fact that fentanyl is still a widely used and highly effective drug — not to mention the difficulties of making treatment plans accessible to all and the highly politicized nature of drug enforcement — the situation is anything but straightforward.

More on fentanyl: Cops Keep Having Impossible Fentanyl "Seizures" on Camera for Some Reason

10.24.22 Developments
Pfizer's Jacking Up the COVID Vaccine Cost to 10,000 Percent Its Production Cost
9.28.22 Rx/Medicines
Scientists Trick Mosquitoes Into Vaccinating Against Malaria by Biting
7.17.22 Developments
Cops Keep Having Impossible Fentanyl "Seizures" on Camera For Some Reason
1.17.22 Developments
Watch Joe Rogan's Vaccine Misinfo Get Destroyed by His Own Guest
11.22.21 Devices
Wearable for Opioid Users Injects Narcan If You Overdose