Cops Keep Having Impossible Fentanyl "Seizures" on Camera For Some Reason 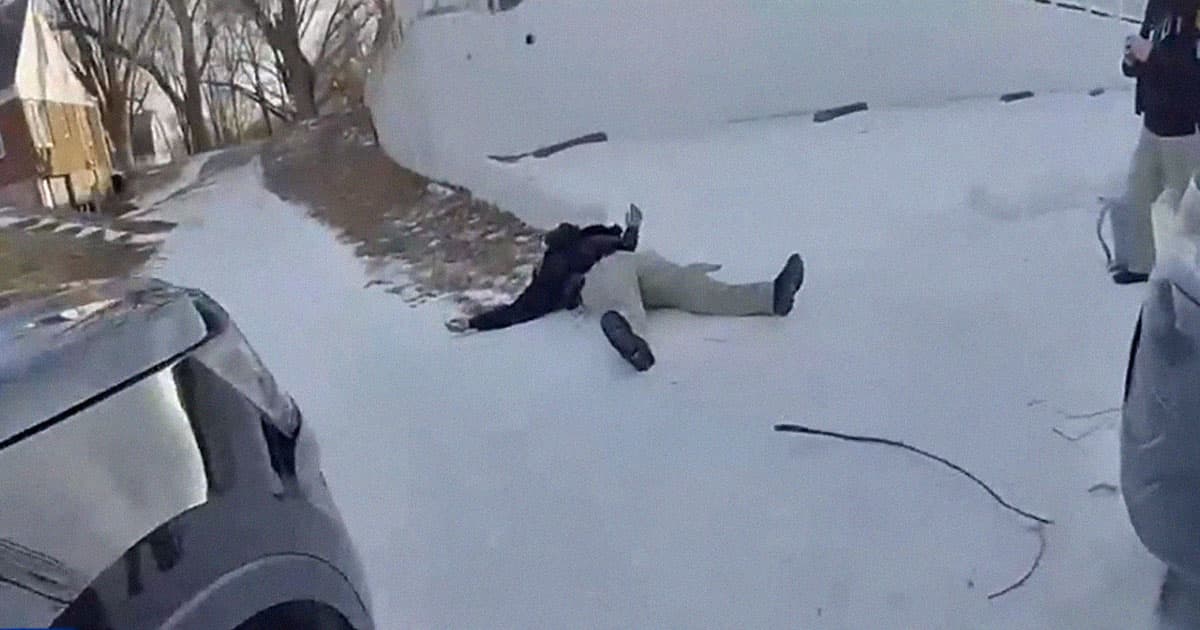 It's become a meme at this point: videos of cops having what appear to be seizures or other serious physical reactions when they just so happen to touch a small amount of fentanyl, a purported transdermal overdose that seems to always happen in front of another cop's smartphone camera.

The only problem is that as many, many publications have noted, including the New York Times Magazine in a recent piece, it's nearly impossible to overdose from merely touching fentanyl, or any other drug from that matter, because it couldn't enter the bloodstream or cross the "blood-brain barrier" as quickly as these videos depict.

Nevertheless, these cops are veritably freaking out when they touch drugs said to be contaminated with fentanyl. What gives?

One could be forgiven for presuming most of these cops are faking their symptoms for YouTube views, which is a predominant belief among the police-critical, comparing it to the mysterious and widely-disbelieved Havana Syndrome phenomenon said to be suffered by CIA and other intelligence agents.

But as it turns out, they may not necessarily be faking it at all. Instead, experts told the Times, they may be experiencing a "mass psychogenic illness," otherwise known as mass hysteria.

As the article notes, this explanation makes a lot of sense when considering the training cops are put through. They're told that they're soldiers in the War on Drugs, and that fentanyl poses a serious risk to their health. It's not a stretch to assume that when law enforcement officers do come into contact with this misunderstood substance, they might lose touch with reality.

As the Times notes, at least one one of the officers whose infamous quote-unquote "fentanyl exposure" raised eyebrows back in 2017 was fired from his Ohio police department last year over allegations of, among other things, "dishonesty" and "retaliation against other officers."

It's unclear whether that cop or any other were caught lying about their fentanyl exposure, but whether they're lying, experiencing mass hysteria, or, as academic journal articles have suggested, having run-of-the-mill panic attacks, this strange phenomenon seems like it simply won't die.

1.20.22
Twitter Roasts Feds After CIA Admits Havana Syndrome is Fake After All
10.17.21 Developments
More Cops Have Died from COVID-19 than Guns Since Start of Pandemic
6.28.21 Genetics
Man Charged With Rape After Uploading His DNA to Ancestry Site
6.08.20 Developments
Here Are a Bunch of Photos of Cops Not Wearing Masks
12.10.19 Genetics
Tech Firm That Develops Tools for Police Buys Massive DNA Database