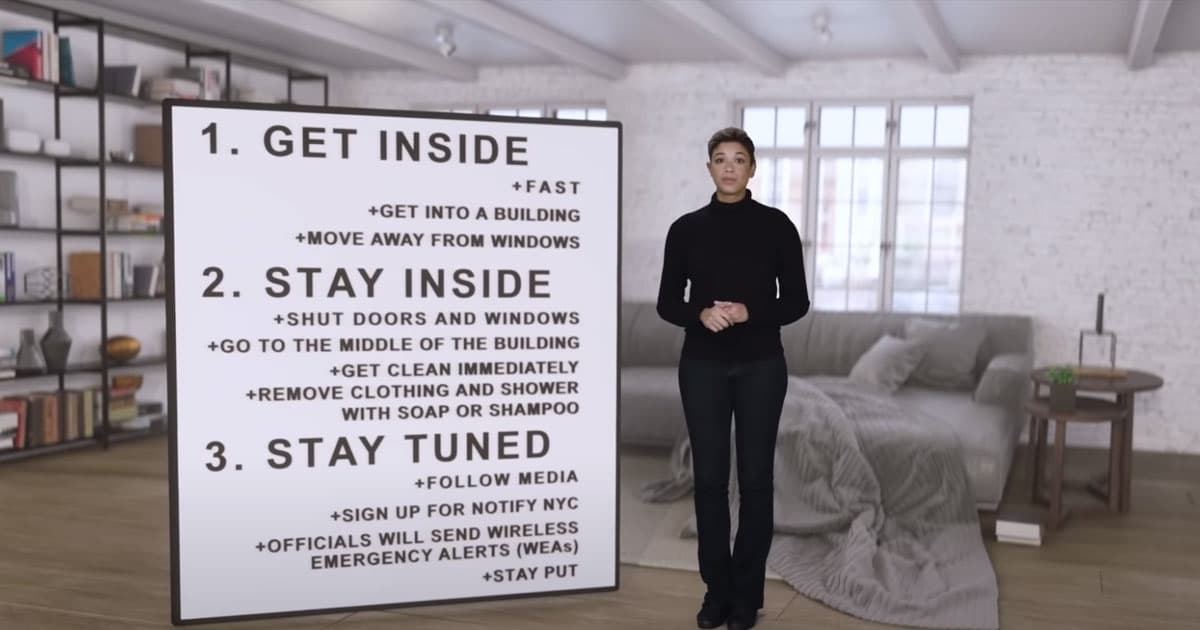 NYC Issues PSA on How to Survive Nuclear Attack

New York City residents were treated to a public service announcement (PSA) about how to survive nuclear fallout earlier this week — because apparently we all need one more thing to freak out about.

In an interview with the New York Daily News, Mayor Eric Adams defended the decision to release the PSA, in spite of criticisms that it was "alarmist" to do so, especially given the city's own assessment that a nuclear attack is "very low."

"I’m a big believer in better safe than sorry," Adams told the tabloid. "I take my hat off to (the Office of Emergency Management). OEM took a very proactive step and said, ‘Let’s be prepared.’"

As the report notes, the mayor referenced the ongoing conflict between Russia and Ukraine as grounds for the PSA, and said that although there currently aren't any current known risks concerning or threats against the city, residents should nevertheless be ready when and if attackers do strike.

"We’re still one of the top terrorist threats," Adams said, presumably speaking of NYC and not New Jersey, where he has been accused of secretly living. "We always have to be prepared as New Yorkers."

In the video, the city's Department of Emergency Management (DEM) advises New Yorkers to 1) get inside, 2) avoid windows and remove all of their outer clothing, and 3) wait for more information from the government, which may be sent via "wireless emergency alerts" — if the cell towers haven't been burned to a crisp, at least.

In a press release about the PSA, the DEM said that it's currently working in tandem with the city's police and fire departments, public transit system, department of health and the Federal Emergency Management Agency to prepare for a multitude of disasters, including "terrorist attacks and other no-notice events."

The statement also plugged PlanNowNYC, the city's bespoke public preparedness site, though it used a broken link in doing so.

"While the likelihood of a nuclear weapon incident occurring in/near New York City is very low," the city's statement reads, "it is important New Yorkers know the steps to stay safe."