Scientists Are Sticking the Same People With Multiple Vaccines

What happens if you get one dose of the Oxford-AstraZeneca vaccine and one of Pfizer's? 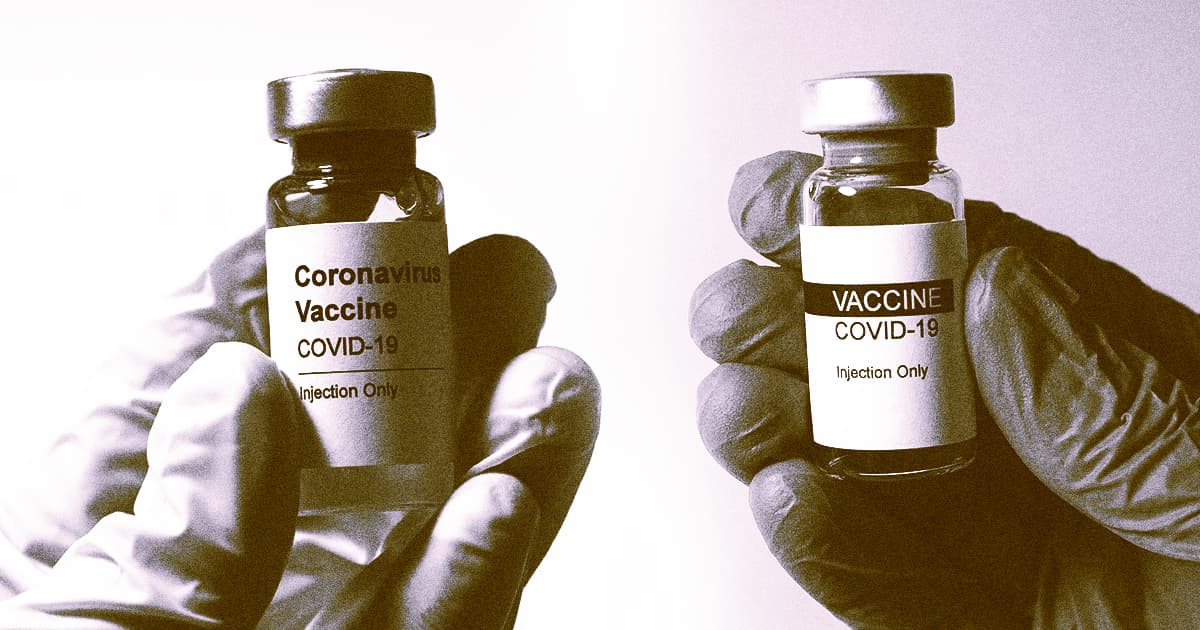 The United Kingdom is beginning an unusual new experiment. Government scientists want to know what happens if patients mix and match vaccines made by two different pharmaceutical companies.

Right now, the coronavirus vaccines developed by Moderna, Pfizer, and Oxford University all require two spaced-out doses to maximize their protective abilities. Requiring everyone to show up to two appointments and securing enough of the correct vaccine has been a logistical challenge, so the UK government is exploring whether it really matters which vaccine people get for their second injection, according to Axios.

If two doses from different pharmaceuticals are effective, distributing coronavirus vaccines could become far simpler — but it's far too soon to make any guesses.

"If we do show that these vaccines can be used interchangeably in the same schedule this will greatly increase the flexibility of vaccine delivery," Oxford University virologist and project leader Matthew Snape said in a press release.

The experiment will test eight different possible vaccination combinations, according to the press release. Study participants will either get two doses of the Oxford-AstraZeneca vaccine, two doses of the Pfizer vaccine, or one of each before the other.

Then, within those four groups, half of the participants will get the two doses four weeks apart and the rest will get them 12 weeks apart. In other words, they're trying as many combinations as logically possible and tracking what happens.

The work is speculative for now, scientists said in the press release, but they think it's worth investigating in hopes of simplifying the vaccine rollout.

"This study will give us greater insight into how we can use vaccines to stay on top of this nasty disease," flu expert and England's Deputy Chief Medical Officer Jonathan Van-Tam said in the release.