Third Major COVID Vaccine Turns Out to Be Super Effective

This one is way cheaper to produce — at just $4 per dose. 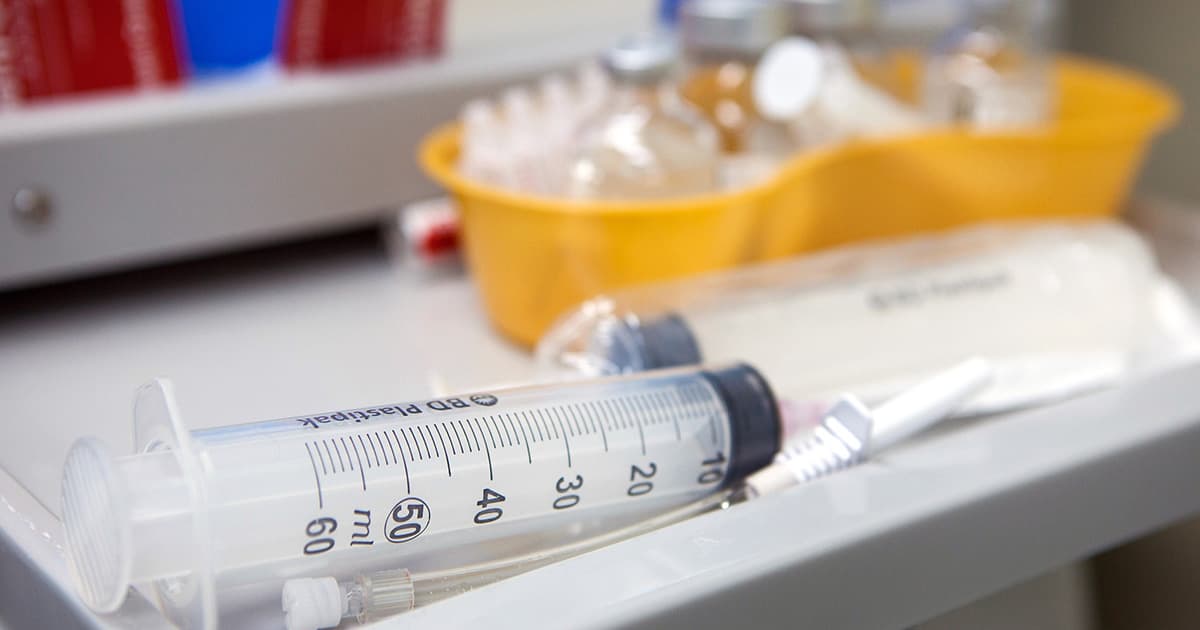 More good news: UK's Oxford University and European pharmaceutical AstraZeneca announced today that their COVID-19 vaccine is up to 90 percent effective, according to preliminary study results.

That's a hair less effective than the vaccines developed by Moderna and Pfizer, but the Oxford/AstraZeneca vaccine has a major advantage: it's way cheaper to produce, at just $4 per dose according to the BBC. Pfizer's costs around $20 per dose, while Moderna's costs around $33.

The Oxford/AstraZeneca vaccine has another advantage. Its vaccine is much easier to distribute, as it can be stored inside a standard fridge. Pfizer's vaccine, in contrast, has to be stored at -70 degrees Celsius.

The company says that "no serious safety events related to the vaccine have been confirmed."

"Excitingly, we’ve found that one of our dosing regimens may be around 90 percent effective and if this dosing regime is used, more people could be vaccinated with planned vaccine supply," Andrew Pollard, chief investigator of Oxford's trial, said in the statement.

The study involved 23,000 participants both in the UK and in Brazil who received either half- or full-dose regimens of the vaccine. The company is also conducting trials in a number of other countries across the globe as well, hoping to eventually sign up 60,000 participants worldwide.

AstraZeneca is the third company to have recently made a major announcement about the efficacy of their COVID-19 vaccine trials. Earlier this month, both Pfizer and Moderna announced their mRNA-based vaccines are around 95 percent effective.

Read This Next
HIV Vaccine
Scientists Hopeful About Promising Results From HIV Vaccine
Crooked Cops
NYPD Cop Investigated for $1.5 Million Scheme to Sell Fake Vaccine Cards
From Our Partners
Breathe Easy With An Anti-Viral Face Mask In This Pre-Black Friday Sale
Human Experimentation
Inmates Treated With Ivermectin Without Their Knowledge
From Our Partners
Help Stop The Flu With These Virus-Fighting Masks
More on Sci-Fi Visions
What is Happening
Wednesday on the byte
Elon Musk Sets His Twitter Account to Private
From the Dept. of...
Monday on futurism
The Best Humidifiers of 2023
Human v. Giraffe
Jan 24 on the byte
Chaotic Italian Fashion Line Baffles Facial Recognition Software
READ MORE STORIES ABOUT / Sci-Fi Visions
Keep up.
Subscribe to our daily newsletter to keep in touch with the subjects shaping our future.
+Social+Newsletter
TopicsAbout UsContact Us
Copyright ©, Camden Media Inc All Rights Reserved. See our User Agreement, Privacy Policy and Data Use Policy. The material on this site may not be reproduced, distributed, transmitted, cached or otherwise used, except with prior written permission of Futurism. Articles may contain affiliate links which enable us to share in the revenue of any purchases made.
Fonts by Typekit and Monotype.