Inmates Treated With Ivermectin Without Their Knowledge

"We never knew that they were running experiments on us, giving us ivermectin." 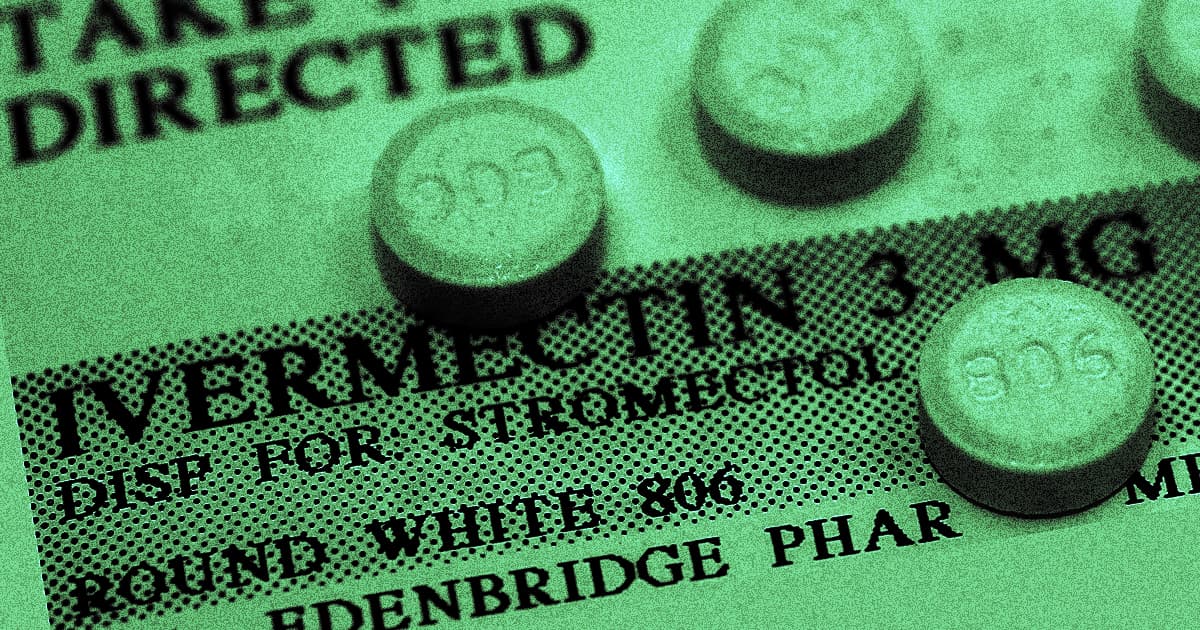 The doctor at an Arkansas jail is being investigated for treating inmates who had COVID-19 with ivermectin — and lying to them about it.

In case you don't recognize the name, ivermectin is the anti-parasite drug that can be used to treat human conditions including head lice, scabies, and trichuriasis, but is more commonly known as a horse de-wormer.

Lately, it's become the new hydroxychloroquine — a favorite of the far-right anti-vaxxer crowd (and Joe Rogan) who tout the drug as a COVID-19 cure without any indication that it actually helps. So when jail physician Rob Karas allegedly gave ivermectin to inmates over tried-and-true treatments, as CBS News reports, he was essentially turning them into unwitting subjects for a horrifying, unauthorized medical experiment that violated federal guidelines as well as any sort of guiding principle for medical ethics.

"They said they were vitamins, steroids and antibiotics," Washington County jail inmate Edrick Floreal-Wooten told CBS. "We were running fevers, throwing up, diarrhea... and so we figured that they were here to help us."

Floreal-Wooten added that he and other inmates repeatedly asked what the jail's nurses were giving them and that they were merely told that the pills would help them "get better." They only learned what was really happening once the news broke.

Ivermectin only seems to have an effect on the coronavirus at concentrations so dangerously high that no human should be subjected to them, to the point that the FDA has warned against the drug's use to treat COVID.

From a medical standpoint, experimentation on human subjects without their knowledge and explicit consent is utterly unjustifiable, but unfortunately not unheard of in American history.

In the mid-20th century, doctors in Tuskegee, Alabama ran a 40-year-long experiment on Black men with syphilis. In the horrific experiment, the subjects were not only denied proper care, but they were lied to about their condition and the nature of the study. Much like with the Arkansas inmates, the doctors from the Tuskegee experiment insisted to their subjects that they were administering proper care.

In extremely high doses or when taking a formulation of the drug meant for livestock, ivermectin can cause nausea, vomiting, seizures, and comas, and it can be lethal — as hospitals fielding a surge of overdoses have learned.

READ MORE: "They said they were vitamins": Inmates in Arkansas jail say they were unknowingly given ivermectin to treat COVID-19 [CBS News]