Elon Musk Pledges Tesla Superchargers For All of Europe Next Year

After that, Tesla will its sights on Africa. 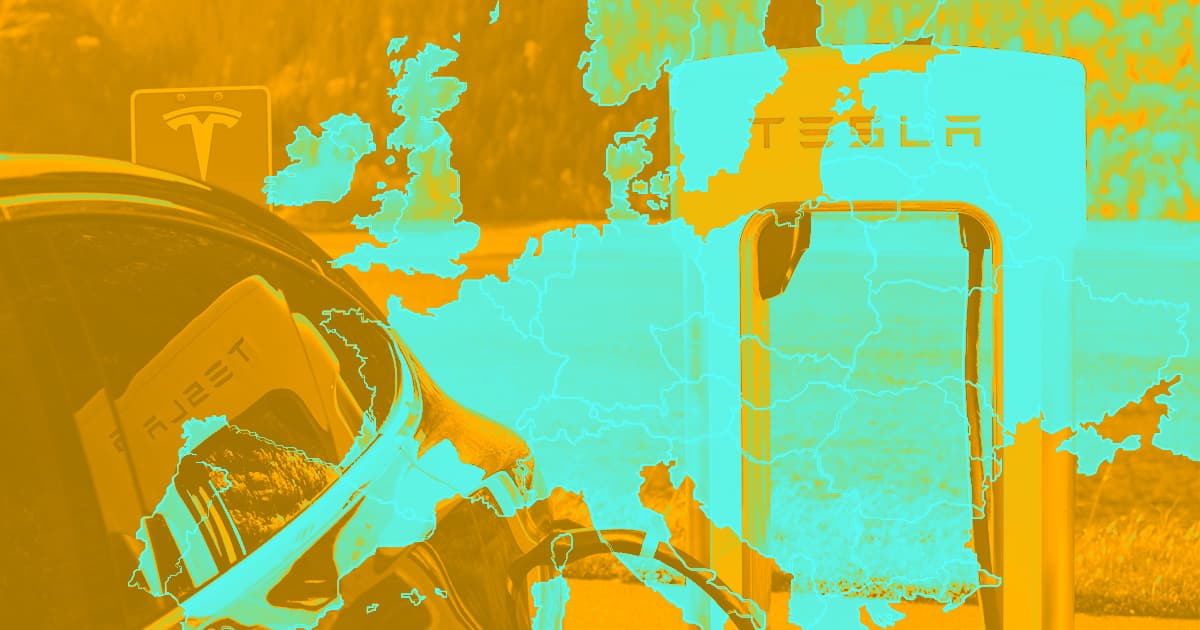 Electric car maker Tesla will expand its network of Superchargers to provide service for all of Europe by the end of 2019, CEO Elon Musk tweeted Wednesday.

If the plans come to fruition, the vast expansion will represent not just a coup for Tesla but also for the growing global infrastructure that supports practical transportation by electric car.

Yes. Supercharger coverage will extend to 100% of Europe next year. From Ireland to Kiev, from Norway to Turkey. https://t.co/7FQZgLCTVJ

Right now there are 1,386 Supercharger stations worldwide, according to a map on Tesla's website. But there are still large gaps in planned coverage throughout Eastern Europe as well as in Sweden, Finland, and Norway — all of which Musk pledged to cover next year in the tweet.

Musk has a notable habit of tweeting Tesla updates from his personal account, and a spotty record when it comes to promising expansions to Tesla's Supercharger network. Electrek reported that Musk had similarly promised 18,000 chargers worldwide by the end of 2018, but according to the map there are currently just 11,583 spread over the 1,386 stations.

But with most of the European Supercharger infrastructure already in place, total coverage by 2020 seems like a feasible goal.

In another tweet, Musk said Tesla said it would set its sights on Africa in 2020. At the moment, there is not a single Supercharger on the entire continent, according to The Verge.

It's unclear which African or European countries will receive Superchargers first and how they will be distributed. But if Musk is to be taken at his word, Tesla will be working hard to expand electric vehicle use throughout the world very soon.

More on Superchargers: Tesla Just Announced the Site of the Largest Supercharger Station in Europe