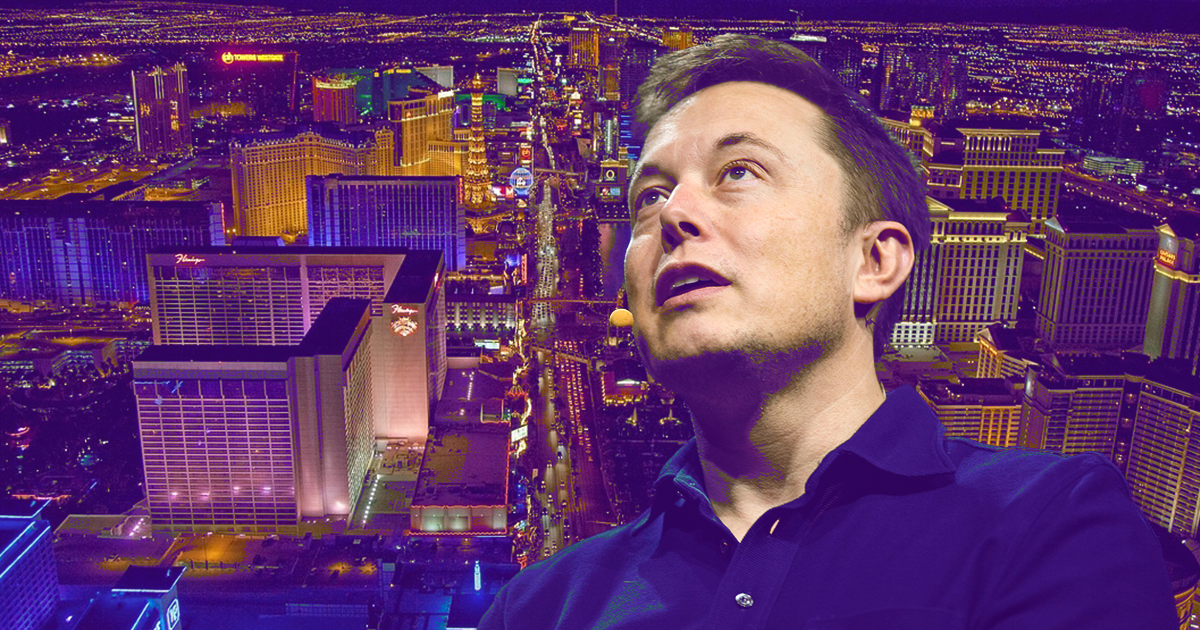 Elon Musk: Las Vegas Tunnel Will Be "Operational by End of Year"

"Looking forward to building a Boring Company tunnel in Vegas."

"Looking forward to building a Boring Company tunnel in Vegas."

SpaceX and Tesla CEO Elon Musk took to Twitter Tuesday to announce that his other venture, the Boring Company, plans to complete a Las Vegas tunnel by the end of 2019.

Looking forward to building a Boring Company tunnel in Vegas. Assuming to be operational by end of year! https://t.co/cSSO4SJ140

Futurism reported last week that the Las Vegas tourism board had expressed interest in hiring the Boring Company to dig an underground tunnel system that would be free for passengers, which might connect locations as far-flung as the city's iconic Las Vegas Strip and its airport.

"It’s really innovative," president and CEO of the Las Vegas Convention and Visitors Authority Steve Hill told the Associated Press at the time. "I think it will be an attraction in and of itself, frankly."

Just an hour before Musk's tweet, Bloomberg reported that Vegas officials had voted to move ahead on talks of a Las Vegas tunnel with the Boring Company.

Whether Musk's tweet means that a more concrete deal has been reached isn't yet clear.