The Boring Company's Chicago Tunnel Project Might Soon be Dead

"If you look at Elon Musk’s career — he comes off as a grifter." 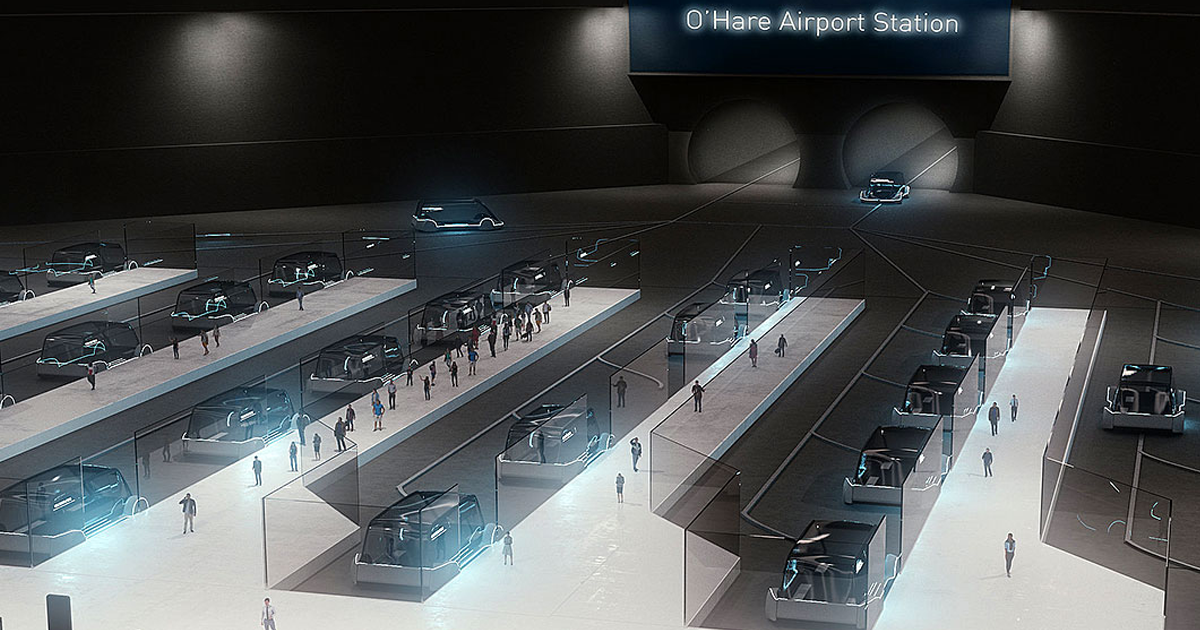 Elon Musk's Boring Company is hitting a lot of roadblocks in its quest to connect downtown Chicago with O'Hare International Airport, The Verge reports.

The tunnel-digging venture's plans to dig a pair of 18 mile (29 km) tunnels for just $1 billion is on shaky ground. The concept has been met with ridicule and a ton of red tape — and it even got sucked in to corruption scandals. Now, Chicago's mayoral election this Tuesday could spell disaster for the project.

Chicago's mayoral election is on Tuesday and almost all the 14 candidates are either "against or ambivalent to the O'Hare Express plan," according to The Verge.

Outgoing mayor Rahm Emanuel — who's not seeking re-election — and Musk held a joint press conference back in June. Back then, Emanuel was very hopeful of the project.

"This transformative project will help Chicago write the next chapter in our legacy of innovation and invention," he said in a tweet.

But those times are over.

"To me, it was always a pipe dream, a flight of fancy. But my opinion of it has gotten even worse since I’ve been reading all of these details in the media, a lot of stories that paint a lot of doubt on [Musk’s] ability to deliver this thing," Chicago's 35th Ward municipal council member Carlos Ramirez-Rosa told The Verge.

Ramirez-Rosa's constituents live in the path of the suggested tunnels.

"If you look at Elon Musk’s career — he comes off as a grifter," he said.

In other words, the future of the Boring Company's project is on very thin ice.

There's one glimmer of hope: mayoral candidate Bill Daley, who has sided with Emanuel in the past. But even he is still not entirely sold on the project according to The Verge.

More on the Boring Company: Elon Musk Just Offered to Drill a Hole Through An Australian Mountain

Read This Next
Where's Musko
7 Theories About Why Elon Musk Has Disappeared
tesla recall
Tesla Accused of Shutting Off Autopilot Moments Before Impact
New Low Score
Tesla Reportedly Giving Full Self-Driving Beta to Basically Anybody Now
Stonk Broke
Twitter Bots Love Tesla. Elon Musk Is Pledging to Destroy Them
Self-Driving Recall
Tesla Says It's Updating Self-Driving Cars to No Longer Break the Law
More on Advanced Transport
Wrong Turn
Yesterday on the byte
Terrifying Video Shows Self-Driving Tesla Head Into Oncoming Traffic
Robotaxi to Nowhere
Friday on the byte
Group of Robotaxis All Shut Down at Same Moment, Stopping Traffic for Hours
Here for the ride
Wednesday on the byte
GM's Robotaxis Are Now Collecting Fares with No Safety Driver
READ MORE STORIES ABOUT / Advanced Transport
Keep up.
Subscribe to our daily newsletter to keep in touch with the subjects shaping our future.
+Social+Newsletter
TopicsAbout UsContact Us
Copyright ©, Camden Media Inc All Rights Reserved. See our User Agreement, Privacy Policy and Data Use Policy. The material on this site may not be reproduced, distributed, transmitted, cached or otherwise used, except with prior written permission of Futurism. Fonts by Typekit and Monotype.