Save big on the best gear in gaming. 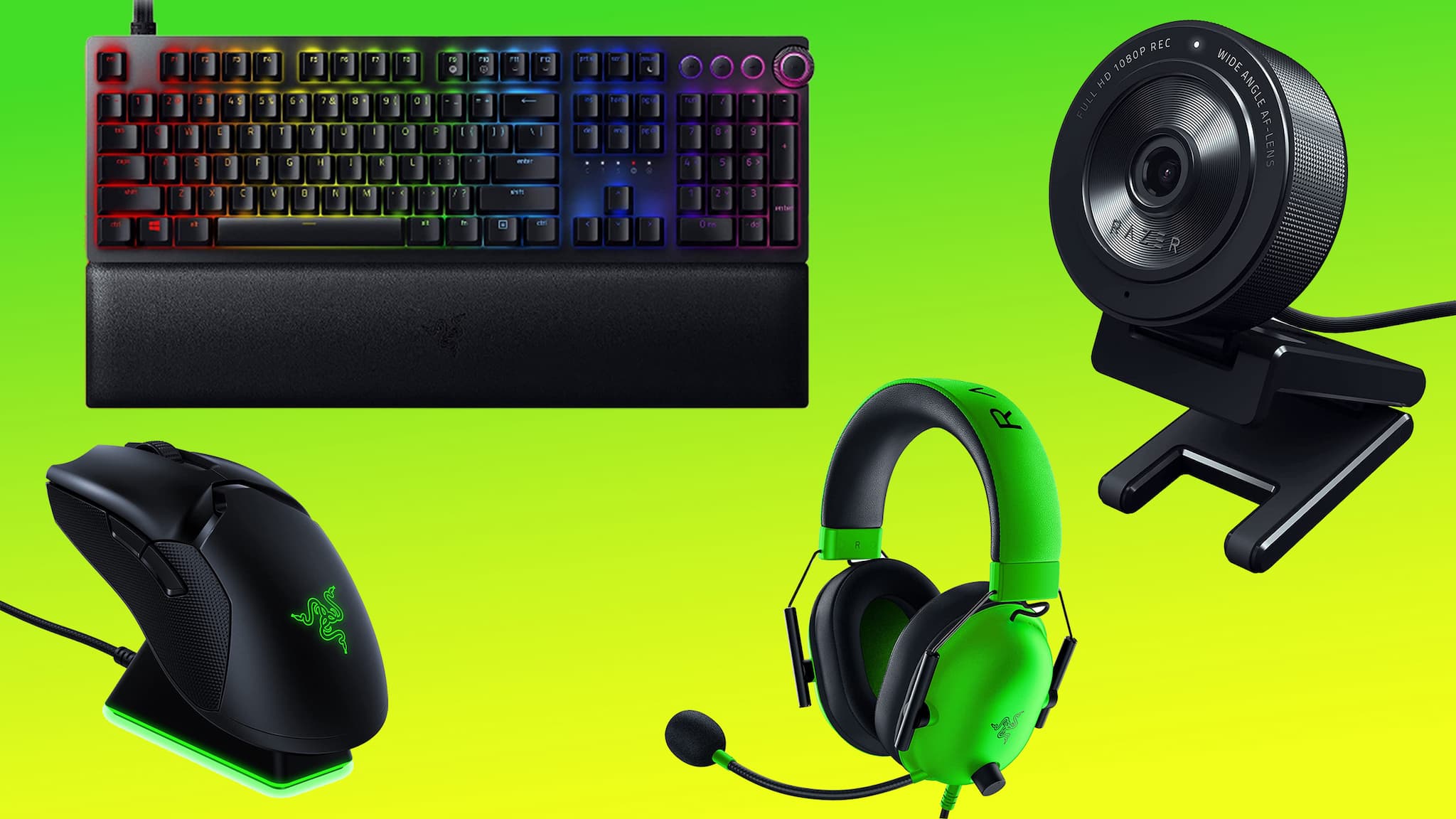 If you’re looking to upgrade your gaming rig, it’s a safe bet to always bet on green. Razer green, that is. “For gamers, by gamers,” is Razer’s motto, and one it lives by, providing some of the best sounding headsets, ergonomic gamepads, responsive keyboards and mice, and even comfortable chairs. This Prime Day, Razer is going for broke, with some of the best deals on its treasured accessories.

Of course, if you want to tap into these deals, you need to be an Amazon Prime subscriber. If you're not ready to take the plunge on a yearly plan, worry not! Amazon offers new subscribers a free 30-day trial to dip their toes into two-day shipping, one of the largest streaming libraries, and now, even access to Grubhub+. Here’s a selection of the best Razer Prime Day deals.

The BlackShark V2 Pro Wireless is one seriously sleek gaming headset. It comes complete with THX 7.1 surround-sound capabilities which provides great spatial audio for some of the best immersion possible. The aptly named “Triforce Titanium 50mm High-End Sound Drivers” help make for some legendary good sound, with deep lows, stable mids, and rich highs. Best of all, there’s no compromising when it comes to comfort, with soft and breathable memory foam ear cushions. There’s even a detachable microphone in case you want to hop online and do some smack talking. Like any great gaming headset, it’s versatile to use across a few platforms, including PC, PS4, Xbox Series, and even Nintendo Switch.

When gaming online, speed and response times are the difference between satisfying wins and devastating losses. Razer Viper Hyperspeed packs some of the best actuation speeds, with zero de-bounce delays, zero risk of unintended misclicks, and durability for up to 70 million clicks. It all adds up to a wireless mouse that’s 25 percent quicker than the competition. And like any great gaming mouse, it’s lightweight, ergonomic, and ambidextrous. It even lets you customize up to five onboard memory profiles and comes with full Razer RGB Chroma support. An attractive dock ensures you’ll never forget to charge it, though it can run for up to 70 hours on a full battery.