Can’t-miss deals on games and gear. 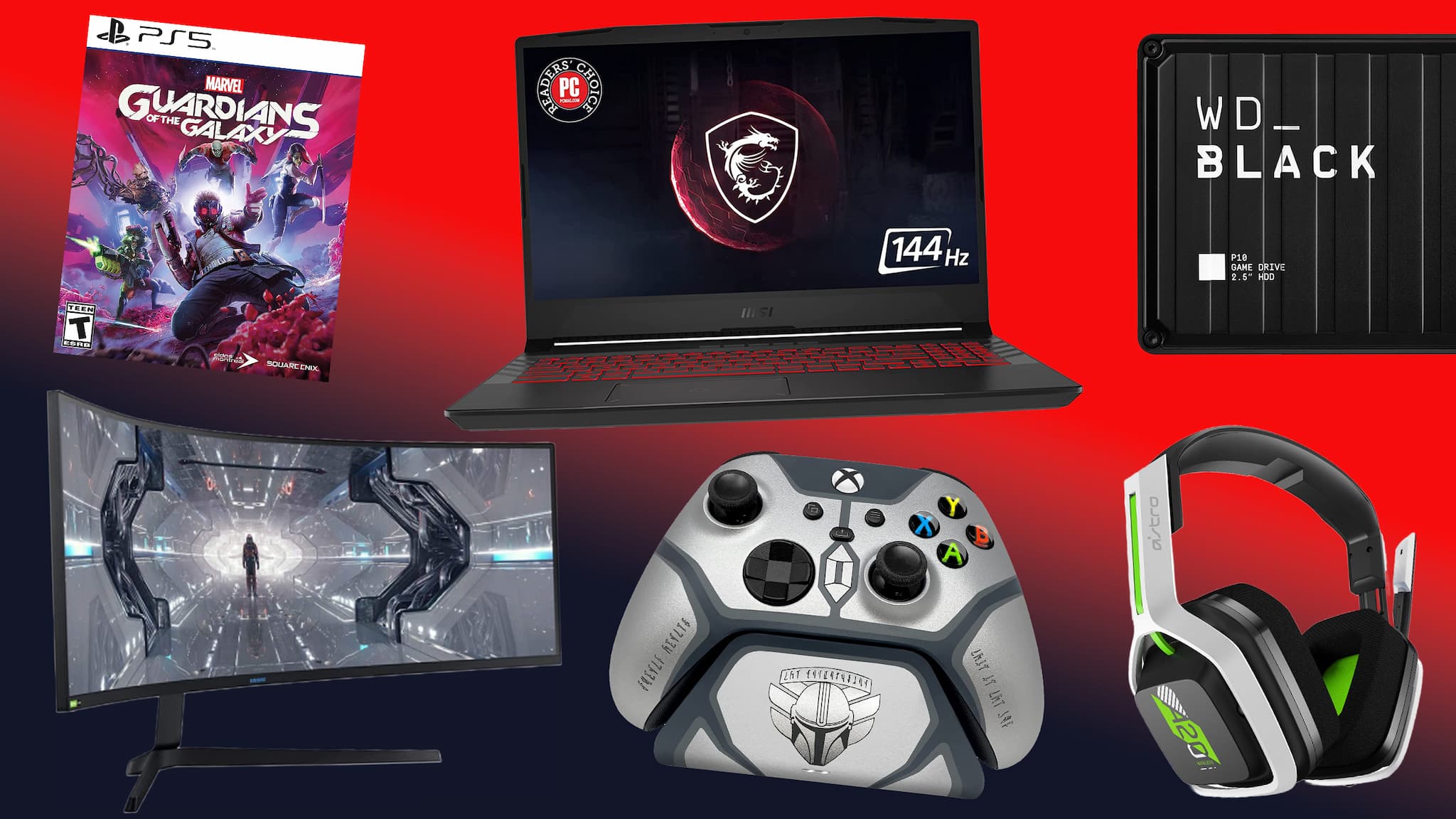 Amazon Prime Day is a holiday gamers should definitely mark in their calendars, considering how good the shopping extravaganza is to anyone who picks up a gamepad or boots up Steam on a regular basis. This year is no exception, with great deals on everything from spec-heavy gaming laptops to immersive curved monitors.

The MSI Pulse gaming laptop is a portable powerhouse, but it’s also massive. Its 15.6-inch screen is big enough to qualify as immersive, especially when you consider its bezel-less design and lightning-fast refresh rates. Powered by NVIDIA GeForce RTX, it’s ready to play popular PC titles without any compromises when it comes to visuals and performance. Go on, max out those settings. Best of all, for Prime Day, you can shave more than $500 off the price for Prime Day.

The highest echelons of curved gaming monitors has been more or less cornered by Samsung. Its 49-inch Odyssey G9 is one of its most powerful offerings, with an ungodly 240hz refresh rate on a big, bright, flashy OLED screen. Gamers swear by the immersion a curved monitor provides, and considering how massive G9 is, expect to be sucked into the action. It’s great for play, but considering the wide-open space, it’s also great for work. And for Prime Day, you can shave almost $400 off the purchase price.

Upgrading a rig’s audio is one of the easiest and most budget-friendly ways to give your gaming sessions an immersion boost, The ASTRO A40 Headset is affordable, solid, and even Climate Pledge-friendly. Despite its eco-friendly bonafides, it doesn’t compromise on performance, with speakers that provide natural, distortion-free sound. Use them on your Xbox Series, PlayStation, and Nintendo Switch consoles, or your PC.

Kick and scream all you want, but physical games are slowly going the way of the Laserdisk. Eventually, you will need storage to back up all your games on either PC or consoles. WD_Black is specifically built with backing up games on Xbox, PlayStation, PC, and even Mac. If the massive 5TB of space doesn’t grab you, its sleek form factor and durable metal casing should. Best of all, you can save $50 on it for Prime Day.

Getting owned in “Counter-Strike: Global Offensive” is a multi-faceted problem. Sure, you may just need to “get gud,” but you could easily blame slow responses on crappy hardware, at least some of the time. Logitech LIGHTSPEED Wireless Gaming Mouse isn’t just fast, it’s lightning fast, with 15 programmable buttons, a super quick scrolling wheel, with zero smoothing and filtering to boot. Gaming mice run pricey, including this one, but it’s a veritable steal if you buy it on Prime Day.