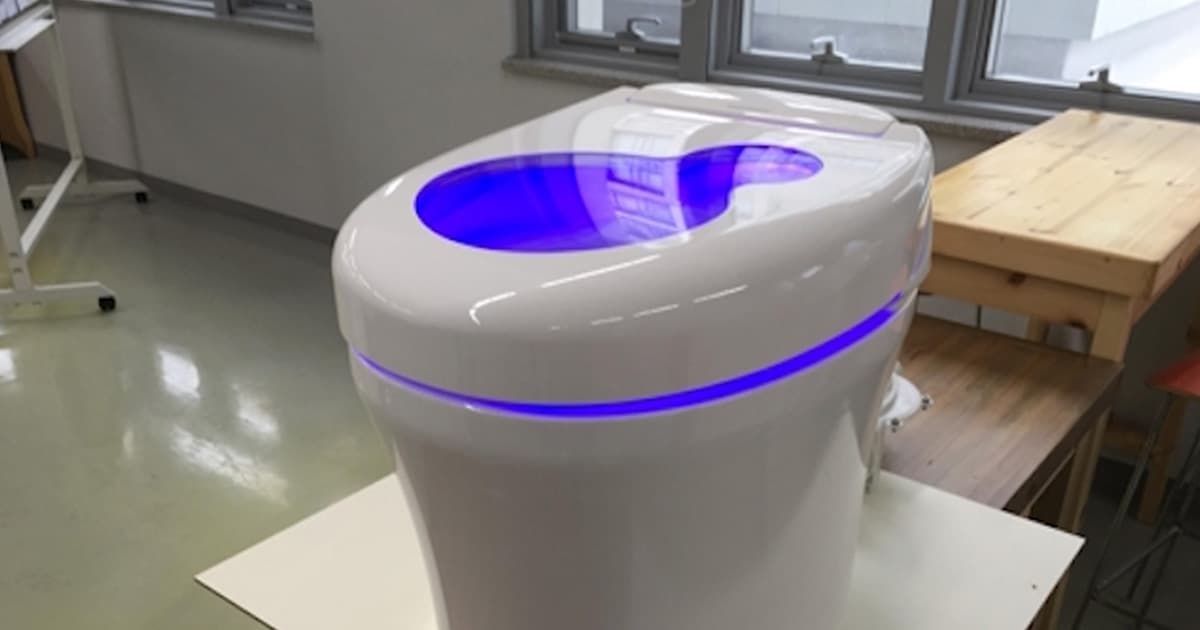 A researcher at a university in South Korea has devised a toilet that turns human waste into power, Reuters reports. As a bonus incentive, each use rewards, uh, poopers with a small amount of digital currency that they can trade in for a coffee or a cup of noodles on campus.

The toilet first pumps your excrement into an underground tank, which means it uses less water right off the bat when compared to a traditional toilet. Microorganisms then break down the waste into methane, a usable source of energy.

In short, it's a delightful new method of turning sewage into power.

"If we think out of the box, feces has precious value to make energy and manure," inventor Cho Jae-weon, an urban and environmental engineering professor at the Ulsan National Institute of Science and Technology (UNIST), told Reuters. "I have put this value into ecological circulation."

The toilet could turn roughly a pound of solid human waste, the average amount a human poops in a day, into an impressive 50 liters of methane gas, according to Cho. That means it can generate half a kilowatt hour of electricity, enough to drive an electric car for three quarters of a mile.

And because its 2021 — a day and age in which nothing is safe from the world of cryptocurrencies — Cho came up with a virtual currency called Ggool, or "honey" in Korean. Every use of the toilet scores you 10 Ggool per day, which can be used to buy stuff on the university's campus.

"I had only ever thought that feces are dirty, but now it is a treasure of great value to me," a postgraduate student Heo Hui-jin who's both earned and spent Ggool, told Reuters. "I even talk about feces during mealtimes to think about buying any book I want."

More on toilets: NASA Says It Needs a New Space Toilet for the Artemis Moon Missions

Brands We Love
Finally, There's a Sustainable Bamboo Toilet Paper That's as Gentle as Traditional TP
7. 1. 20
Read More
15% of Deforestation Is Due to Toilet Paper Alone. Here's How We Can Fix This.
11. 9. 17
Read More
South Korea Just Announced a Major Energy Policy Move
6. 7. 17
Read More
+Social+Newsletter
TopicsAbout UsContact Us
Copyright ©, Camden Media Inc All Rights Reserved. See our User Agreement, Privacy Policy and Data Use Policy. The material on this site may not be reproduced, distributed, transmitted, cached or otherwise used, except with prior written permission of Futurism. Articles may contain affiliate links which enable us to share in the revenue of any purchases made.
Fonts by Typekit and Monotype.