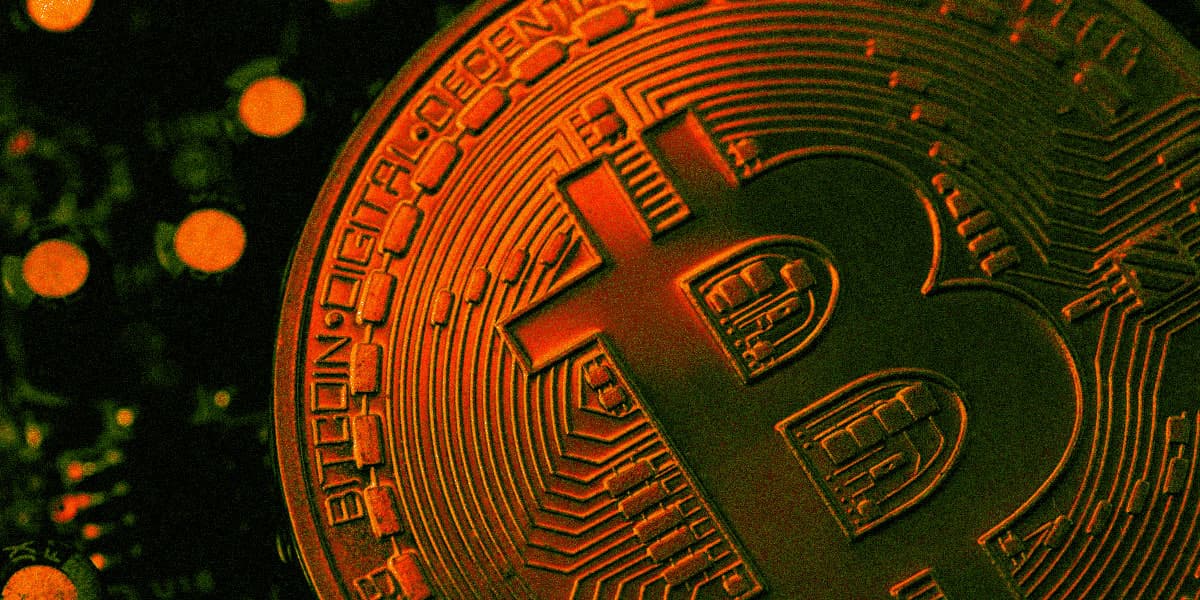 The currency is having an awful year.

The currency is having an awful year.

Bitcoin has dipped below the $30,000 mark yet again, CNN reports, as investors grow anxious about a resurgence of COVID-19 cases putting a damper on the economic recovery.

The cryptocurrency fall around six percent over the last 24 hours, alongside other cryptos including Ethereum and Dogecoin.

It was following the same trend as the stock market, which also fell on Monday, with shares of cruise lines and airlines tanking.

Bitcoin has had a terrible year so far, falling from record highs in the spring to less than 50 percent of its former highs — and in the process raising questions about its longterm viability.

This year's crash was in part caused by China cracking down on the tech. Tesla CEO Elon Musk has also played a role, with the car company first accepting Bitocin as a form as payment — but reversing the decision a few months later.

In fact, as Fortune points out, Bitcoin's most recent drop in value is a bit of a landmark moment as Tesla made a massive $1.5 billion investment in Bitcoin early this year, buying an estimated 41,000 Bitcoins at around $32.600.

Despite a 10 percent selloff in April, Tesla's gains have now disappeared.

All in all, it's not boding well for the future of the cryptocurrency. Will Bitcoin survive another round of COVID-19 cases unscathed? We'll have to wait and see.