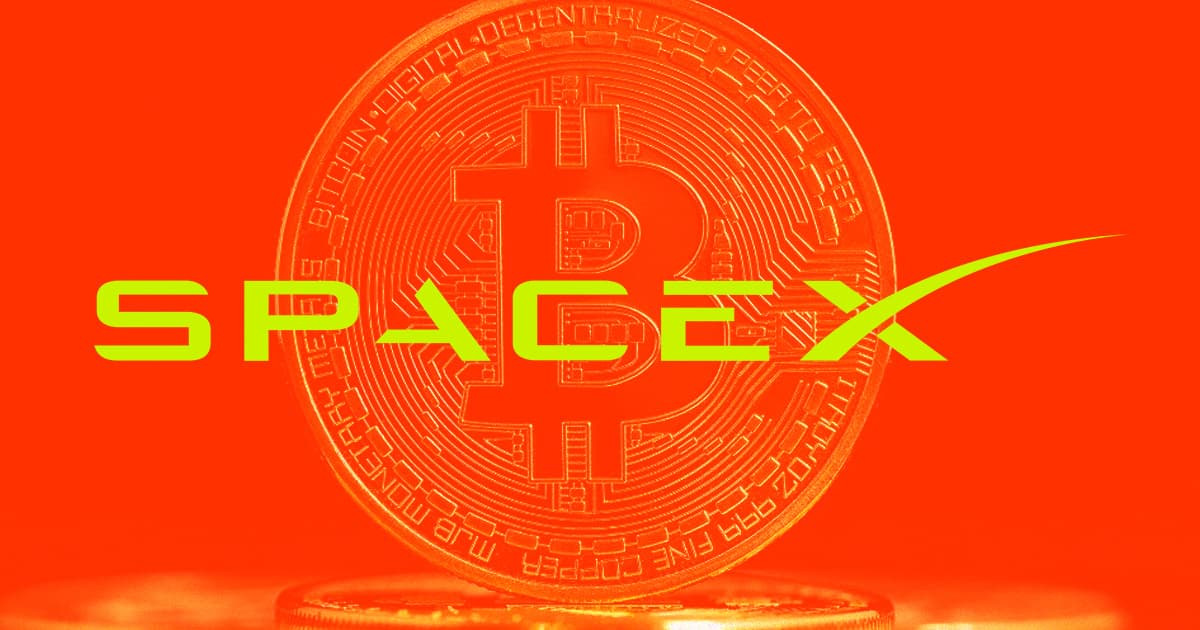 "SpaceX, Tesla, and I own Bitcoin."

"SpaceX, Tesla, and I own Bitcoin."

It's not just Tesla that's hoarding Bitcoin — SpaceX is also amassing undisclosed amounts of the cryptocurrency, Tesla and SpaceX CEO Elon Musk revealed during a blockchain conference on Wednesday.

"SpaceX, Tesla, and I own Bitcoin," Musk revealed during the conference. But he also took the opportunity to come clean as well about the company's intentions. "We’re not selling any Bitcoin, nor am I selling anything personally or nor [sic] is SpaceX selling any Bitcoin."

We've known that Tesla made a $1.5 billion investment in the token at the same time Musk announced the car company would start accepting it as a form of payment. What we didn't know, however, is that SpaceX has also invested in the highly unstable cryptocurrency.

It's an odd revelation, too, given the fact that Tesla reversed its decision to accept Bitcoin just months after first acquiring the assets. In a statement at the time, Musk claimed the move was made over environmental concerns.

Musk's comments this week gave Bitcoin a boost, and also caused the value of alternative crypto Dogecoin and Ethereum to rise. The CEO has long enjoyed tremendous amounts of influence over the fate of cryptocurrencies, leading critics to claim he was involved in  pump and dump schemes, the Financial Times reports.

Those schemes usually involve first artificially inflating the price of an owned asset with positive statements, only to 'dump' it for a profit later.

Tesla did sell off roughly ten percent of its considerable Bitcoin holdings in April, which inflated Q1 revenue numbers by some $101 million.

But Musk maintains that neither he nor his companies are involved in any such schemes.

"I might pump but I don’t dump," he said during Wednesday's conference. "I definitely do not believe in getting the price high and selling or anything like that. I would like to see Bitcoin succeed."

What we can rule out, however, is Tesla's alleged concerns over the environment. If it was about the carbon footprint, it would have never made its investment in Bitcoin in the first place — and the same goes for SpaceX.

It's unclear how many Bitcoins the space company holds or what it is planning to do with it. And given Musk's unpredictable track record, it's impossible to know for sure.