Spoiler alert: there's a big if. 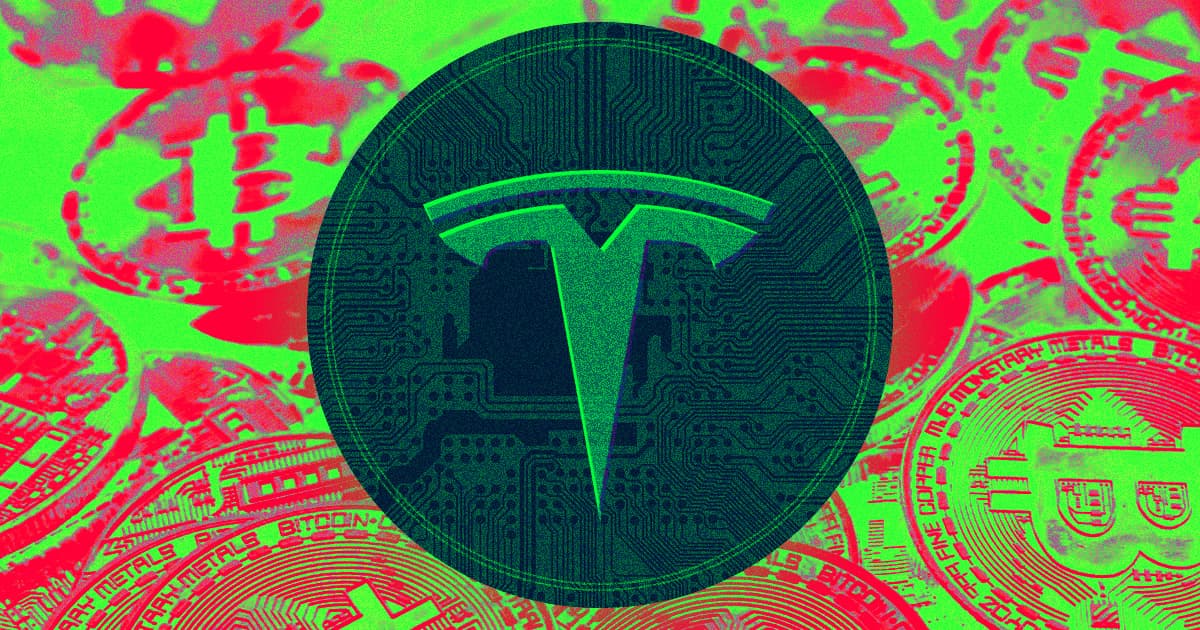 At today's The B Word Conference, which was all about blockchain, Tesla CEO Elon Musk and Twitter CEO Jack Dorsey were among the invitees discussing the latest and greatest when it comes to cryptocurrencies.

At the event, Musk revealed that "most likely, Tesla would resume accepting Bitcoin," but for that to happen, there would be have to be a "conscious effort to move Bitcoin miners toward renewables," which he said that "Tesla can support."

The billionaire also opined that "it looks like bitcoin is shifting a lot more toward renewables and a bunch of the heavy-duty coal plants that were being used... have been shut down, especially in China."

Musk was likely referring to a huge crackdown on cryptocurrency mining in China, which has put downward pressure on the value of Bitcoin.

"I want to do a little more due diligence to confirm that the percentage of renewable energy usage is most likely at or above 50 percent and that there is a trend toward increasing that number," Musk said during the conference. "If so, Tesla will most likely resume accepting bitcoin."

Tesla and Elon Musk sent the value of Bitcoin on a roller coaster ride this year. In March, Tesla officially started taking Bitcoin as a form of payment for its cars. The company also announced a $1.5 billion investment in the token.

"We are concerned abut rapidly increasing use of fossil fuels for Bitcoin mining and transactions, especially coal, which has the worst emissions of any fuel," he said on Twitter.

The value of Bitcoin has absolutely tanked since then, dipping to below $30,000 on two occasions after hitting record values in the spring of well over $60,000.

It's not the first time Musk has floated the idea of Tesla accepting Bitcoin again.

The crypto community saw hope in Musk's words at today's conference. Bitcoin was trading over five percent higher over the last 24 hours, according to Coindesk.

Musk has long had a tremendous amount of influence on the fate of Bitcoin. His and Tesla's flip-flopping stance on the cryptocurrency suggests something else is at play here: if it were actual concern over the environment, Tesla would have never started accepting Bitcoin in the first place. Even in March, it was a well known fact that Bitcoin mining had a gargantuan carbon footprint.

Tesla also managed to boost Q1 revenues earlier this year after selling some ten percent of its Bitcoin holdings, making $101 million in the process.

To speak of Bitcoin as a future green energy-powered and environmentally sustainable payment system seems more than a little suspect. What is Musk's end game here, really?

The truth is that mining the token still takes an immense amount of energy. These days, crypto mining is using power at a similar rate as the Netherlands did in 2019, according to Reuters.

In other words, even at 50 percent, the carbon footprint will still be immense. And Musk is the first to admit that Bitcoin's transition will take some time.

It's also not clear when Bitcoin will meet Musk's arbitrary threshold. Confirming that more than 50 percent of Bitcoin miners are using clean energy may be extremely difficult, given the total regulatory vacuum around the practice — at least in the US.

For now, the fate of Bitcoin remains in Musk's hands. Whether he will chose to crush it or endorse it as the future of global payments is anybody's guess — but the coal plants will keep burning for a while longer.

More on the decision: Elon Musk Says Tesla Will Accept Bitcoin Again, on One Condition