The idea is to trick your immune system into building up defenses against the coronavirus. 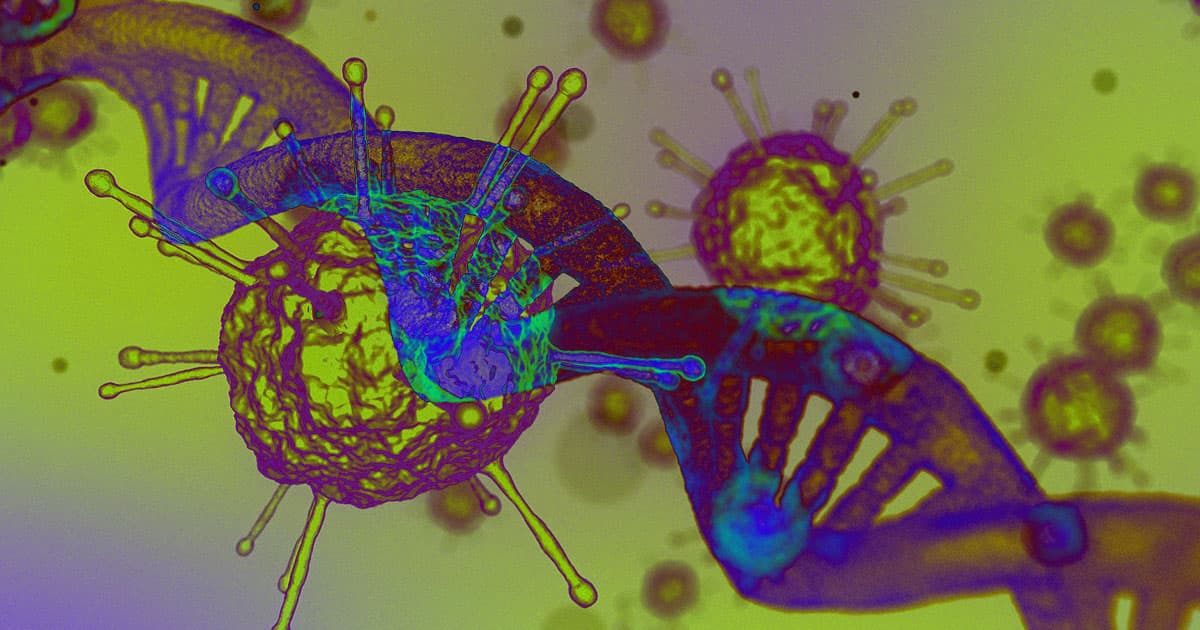 A team of scientists is working on an experimental vaccine that hijacks your DNA to build up resistance to the coronavirus that causes COVID-19.

It's still a work in progress, but the idea is to insert genetic material into a patient's body that commissions their cellular machinery to churn out little virus-like particles, explained lead researcher and University of Waterloo pharmaceutical expert Roderick Slavcev.

"The concept of a DNA-based vaccine is that the genetic cargo has to be delivered to cells first after which the gene is expressed and can generate the proteins of interest," Slavcev told Futurism, "in this case the proteins making up a viral shell called a virus-like particle."

Slavcev and his team are trying to figure out how to engineer those virus-like particles to end up looking almost exactly like a harmless version of the coronavirus. If they sort out that remaining challenge, then the recipient's immune system can go into overdrive and build up a resistance to the real coronavirus.

"When complete, our DNA-based vaccine will be administered non-invasively as a nasal spray that delivers nanomedicine engineered to immunize and decrease COVID-19 infections," Slavcev said in a press release on the vaccine project, which hasn't yet been peer-reviewed or accepted into an academic journal.

Just like a virus hijacks your cells and forces them to churn out more copies of the virus, this vaccine is expected to automate the production of those particles, which B-cells and T-cells — the biological hunter-seekers of the immune system — can use to ready themselves to fight the real-deal coronavirus.

The main difference between this sort of DNA-based vaccine and a traditional one, Slavcev told Futurism, is that it relies on the person's cells to create the mock virus instead of merely exposing them to an inert version of the real virus.

"Personal genetics only has to do with how the vaccine is presented," Slavcev told Futurism, regarding the decision to develop a DNA-based vaccine. "There is some variation between individuals and populations, but in this case the DNA is just to improve immune response and make it mimic a viral infection as closely as possible to stimulate the most effective immune response."

More on coronavirus vaccines: We Talked to Someone Who Got the Experimental Coronavirus Vaccine