"We literally have the potential to take people who are essentially blind and make them see." 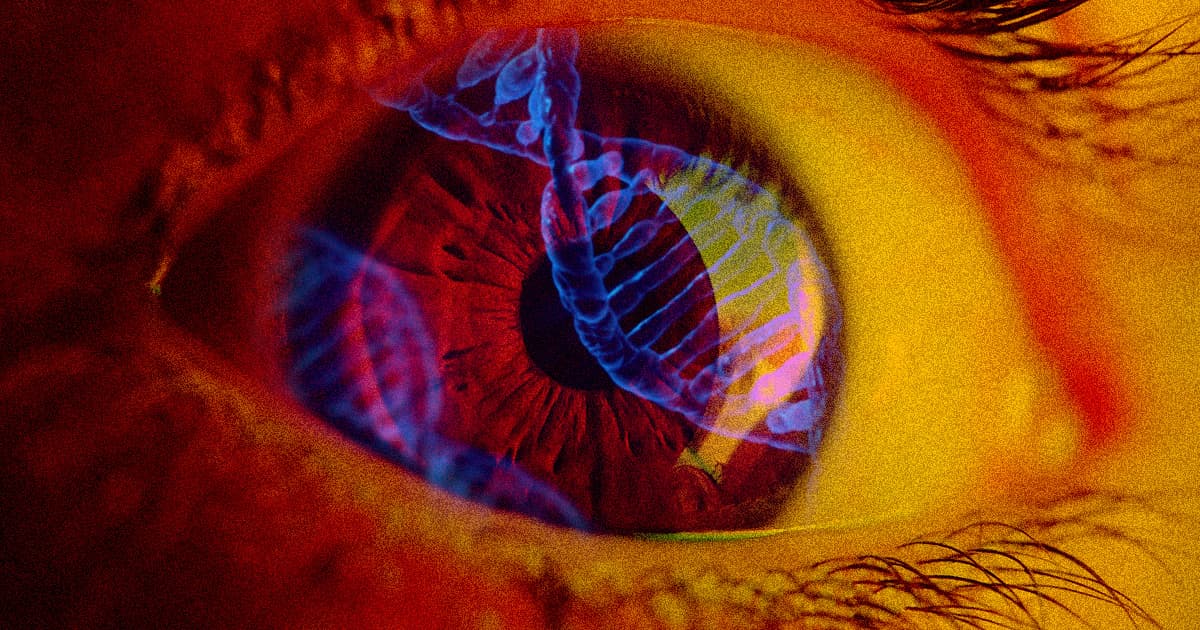 For the first time, doctors have attempted to cure blindness by gene-hacking a patient with CRISPR technology.

A team from Oregon Health & Science Institute injected three droplets of fluid that delivered the CRISPR DNA fragments directly into a patient's eyeball, The Associated Press reports, in hopes that it will reverse a rare genetic condition called Leber congenital amaurosis, which causes blindness early in childhood.

"We literally have the potential to take people who are essentially blind and make them see," Charles Albright, chief scientific officer of Editas Medicine, told the AP. Editas is one of the biotech companies that actually developed the treatment. "We think it could open up a whole new set of medicines to go in and change your DNA."

While some genetic conditions can be treated with conventional gene therapy, which would replace the entire mutated gene rather than editing it, patients with Leber congenital amaurosis were out of luck. The gene associated with the disease is too large to replace, so doctors turned to CRISPR in a bid to edit out the faulty mutation.

"Once the cell is edited, it’s permanent and that cell will persist hopefully for the life of the patient," Eric Pierce, a doctor at Massachusetts Eye and Ear who worked on the project, told the AP.

It will take about a month for doctors to know whether this first experiment worked, the AP reports. If it does, the team has plans to gene-hack 18 more patients — kids and adults — with the condition.

More on CRISPR: This Human Gene Editing Trial Will Use CRISPR to Treat Blindness