It's a tangled mess of what they call a "long, noodle-like molecule" that folds in on itself like "molecular origami." 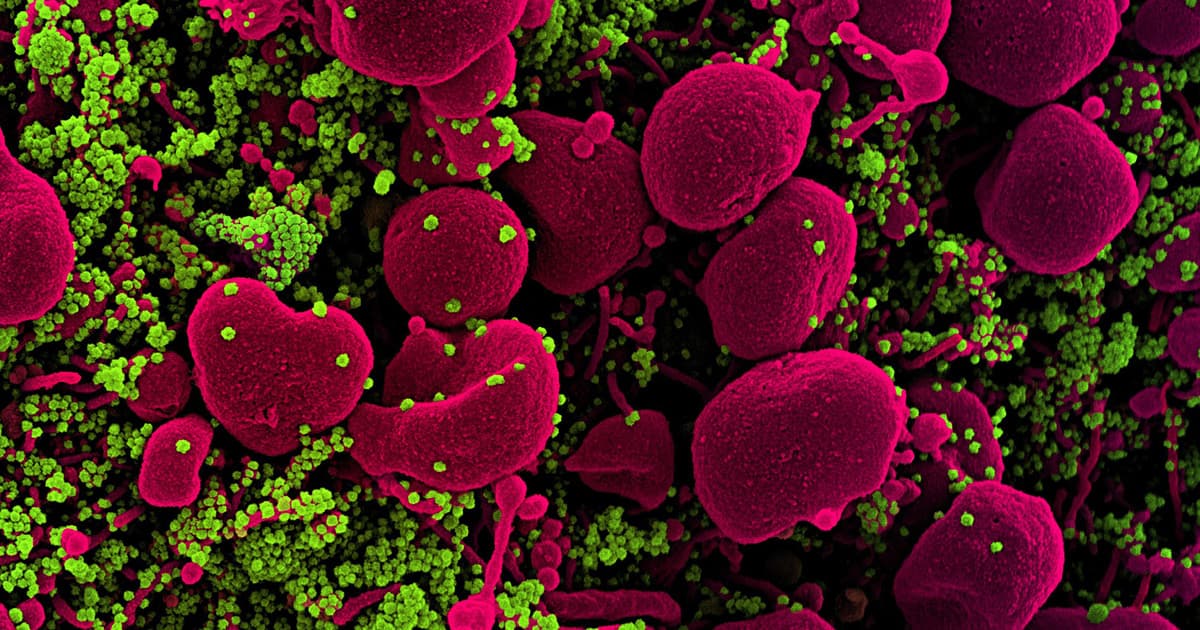 A team of scientists just mapped in unprecedented detail the entire 3D structure of the coronavirus’ genetic code — a tangled mess of what they call a “long, noodle-like molecule” that folds in on itself like “molecular origami.”

With the new atlas in hand, the Yale University researchers behind the research think that they or others may be able to identify new ways to fight, prevent, or treat COVID-19 by looking for possible weak points.

“The general wisdom is that if we just focus on the proteins encoded in the virus’s genome, we’ll understand how SARS-CoV-2 works,” said Anna Marie Pyle, the lead scientist behind the research, in a press release. “But for these types of viruses, RNA structures in the genome can influence their ability to function as much as encoded proteins.”

Pyle’s team used a series of chemical tricks to map the actual shape that the virus’s RNA takes inside an infected cell. Their research, which was shared online in the preprint server BiorXiv earlier this summer, reveals that the virus SARS-CoV-2 has both an unusually long genetic code that folds and coils into an unusually complicated structure.

“It’s kind of amazing, all the different things RNA structures can do in viral infection,” University of Colorado virologist Jeffrey Kieft, who didn’t work on the study, said in the press release.

“In many ways, it scratches the surface of the richness of RNA structure that probably exists in this virus. I suspect there’s going to be a lot of surprises,” Kieft said of the study.

While the study is interesting as a standalone scientific achievement — this is the first time scientists captured the entirety of a virus’ genetic structure from within an infected cell — it could also give researchers working on treatments or vaccines vital intel about how the virus interacts with its hosts.

Researchers have already probed the coronavirus’ spike proteins down to the level of individual atoms to learn how they latch onto new cells. Studying the genetic structure at the same level of detail, the team hopes, could be just as useful for stopping the pandemic.

More on SARS-CoV-2: Scientists Mapped Out Every Atom in the Coronavirus’s Spikes