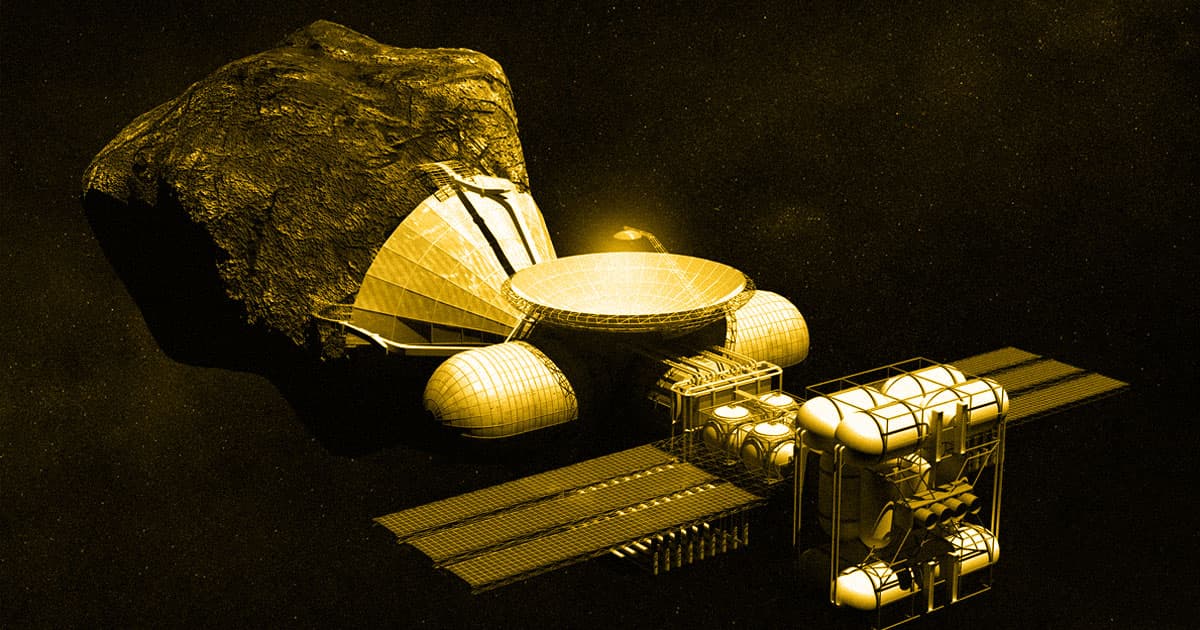 “The solar system can support a billion times greater industry than we have on Earth,” Phil Metzger, a planetary scientist at the University of Central Florida, told Discover. “When you go to vastly larger scales of civilization, beyond the scale that a planet can support, then the types of things that civilization can do are incomprehensible to us.”

As Earth-based resources dwindle, the population increases — and something has to give. At least, that’s the argument behind a new school of companies that have cropped up over the last decade or so, trying to become pioneers of space resource gathering.

“The reason we’ve got to go to space, in my view, is to save the Earth,” Bezos said during the announcement of his space company’s lunar lander last month.

“A very fundamental long-range problem is that we will run out of energy on Earth,” Bezos said at the event. “This is just arithmetic. It will happen.”

“If we don’t think about this now, we will go ahead as we always have, and in a few hundred years we will face an extreme crisis, much worse than we have on Earth now,” Martin Elvis, senior astrophysicist at the Smithsonian Astrophysical Observatory and lead author of the proposal told The Guardian. “Once you’ve exploited the solar system, there’s nowhere left to go.”

Before space manufacturing and mining become reality, there’s still a lot of work to be done as scientists have only made incremental steps towards that future so far. Just five years ago, California-based startup Made In Space became the first company to 3D print an object in zero gravity.

The same company scored a major contract with NASA in 2018 to develop a “hybrid metal manufacturing system for space exploration.” The idea is to print parts using aerospace-grade metals like titanium and aluminum.

These efforts however are still a far cry from a future in which asteroid mining could support human civilizations in deep space. We haven’t even figured out which nation will get to call those resources their own — an issue that’s bound to conjure up some political uneasiness.

But time is running out — climate change and rapidly-depleting resources are forcing us to look beyond our home planet. Hopefully we can make the transition before it’s too late.

Read This Next
Save the Solar System
Scientists: We Need to Protect the Solar System from Space Mining
3D Printed Rockets
UK Startup Shows Off World’s Largest 3D Printed Rocket Engine
Futurism
Falcon Heavy Could Make Asteroid Mining a Reality
Futurism
Asteroids Need to Be Mapped If We’re Going to Mine Their Resources
Futurism
Why Asteroid Mining is Integral to Our Plans for Colonizing Mars
More on Off World
Futurism
9:06 PM on futurism
Huh, Turns Out Space Food Has Gone From Gross to “Pretty Fantastic”
Calling Dibs
7:24 PM on the byte
The Overcrowded Space Station Doesn’t Have Enough Beds
Team Ingenuity
2:04 PM on the byte
NASA’s Mars Helicopter Completes Much Longer Flight, Does Tricks
READ MORE STORIES ABOUT / Off World
Keep up.
Subscribe to our daily newsletter to keep in touch with the subjects shaping our future.