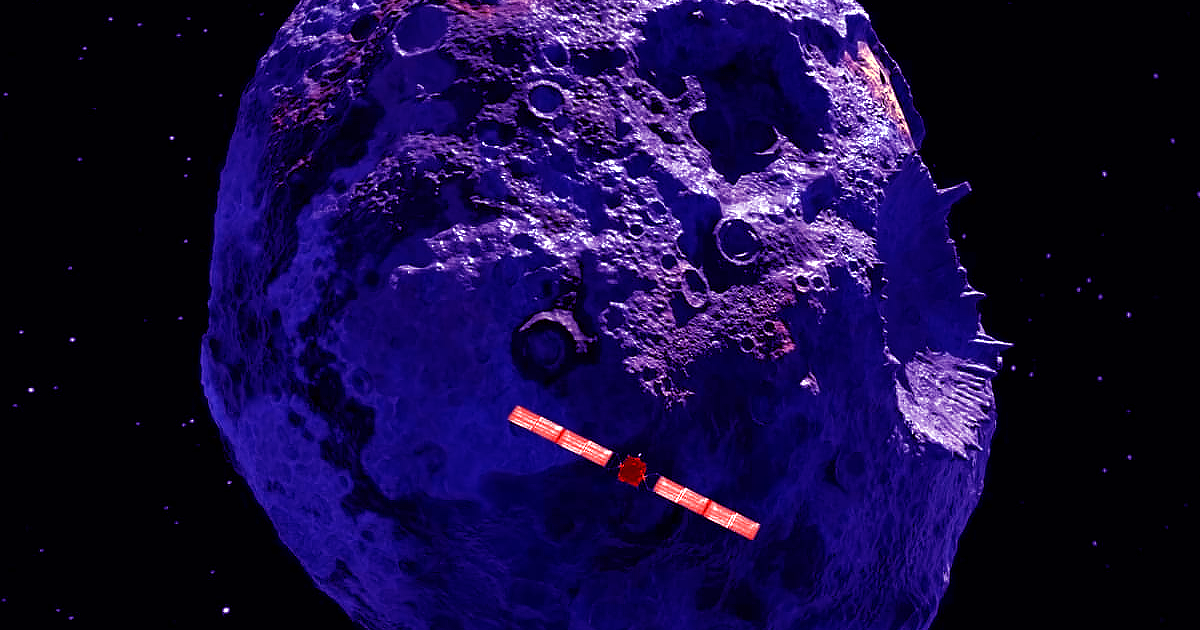 NASA Is Preparing to Explore an All-Metal Asteroid

Destination: the volcanic core of a long-shattered planet.

Destination: the volcanic core of a long-shattered planet.

NASA just took another step toward its upcoming expedition to 16 Psyche, a distant metal asteroid thought to be the volcanic core of a long-shattered planet.

The space agency just got approval to move forward into the next phase of the mission, which involves finalizing the spacecraft's design before manufacturing, according to TechCrunch. That means NASA is still on track for its planned 2022 launch and 2026 landing, which scientists hope will reveal secrets about how Earth and other planets first formed.

When NASA first announced the mission back in 2017, it projected that the nickel and iron that makes up 16 Psyche would be worth about $10 quintillion on Earth — enough to implode the global economy thousands of times over.

But NASA doesn't plan on mining out 16 Psyche. Instead of a pickaxe, its spacecraft will be equipped with sensors to measure the asteroid's magnetic field and analyze its mineral composition, TechCrunch reports.

The ultimate goal is to verify whether 16 Psyche used to be a planet's metal core and study how it and other planets came to be in the early days of the solar system.

"With the transition into this new mission phase, we are one big step closer to uncovering the secrets of Psyche, a giant mysterious metallic asteroid," Arizona State University's Lindy Elkins-Tanton, who's leading the project, said per TechCrunch, "and that means the world to us."

More on 16 Psyche: NASA Is Gearing up to Visit a Shattered, Volcanic Asteroid

Little Boxes
One Silly Little Detail Is Reportedly Delaying Artemis II by Years
Thursday
Read More
Putting Things In Perspective
Amazing Artemis Photo Shows Every Human, Alive or Dead, Plus the Moon
Nov 29
Read More
Fighting Words
Retired NASA Astronaut Scott Kelly Dishes on Ukraine, Russia, and Moon Mission
Nov 21
Read More
+Social+Newsletter
TopicsAbout UsContact Us
Copyright ©, Camden Media Inc All Rights Reserved. See our User Agreement, Privacy Policy and Data Use Policy. The material on this site may not be reproduced, distributed, transmitted, cached or otherwise used, except with prior written permission of Futurism. Articles may contain affiliate links which enable us to share in the revenue of any purchases made.
Fonts by Typekit and Monotype.