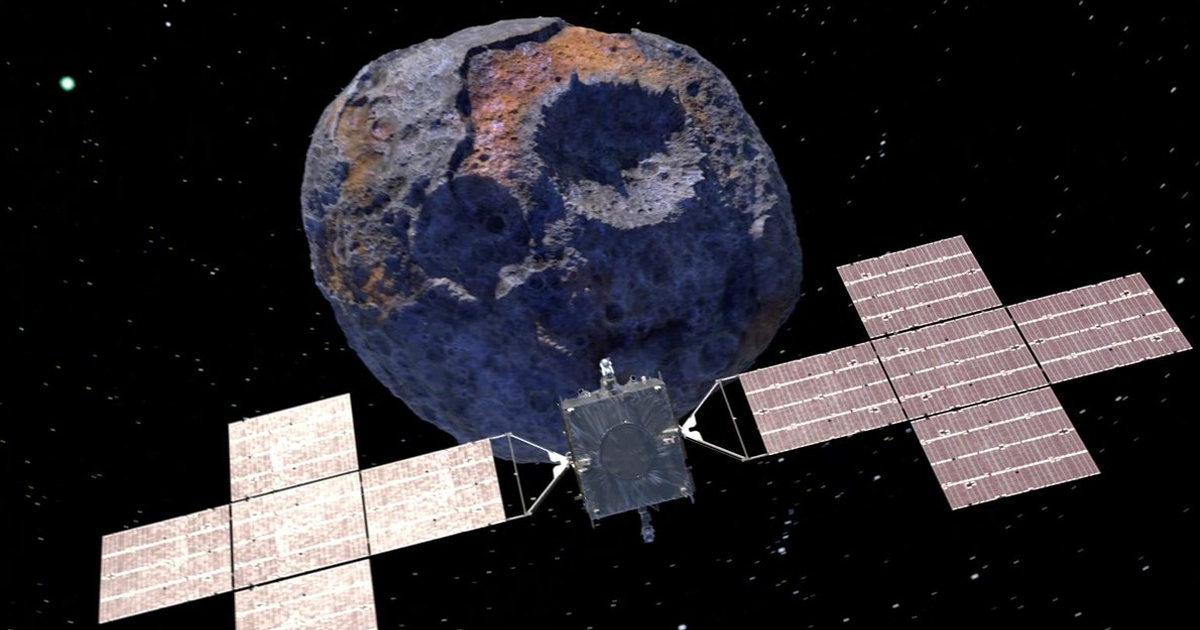 NASA Is Gearing up to Visit a Shattered, Volcanic Asteroid

NASA is getting ready to visit a leftover fragment from the core of a destroyed planet.

NASA is getting ready to visit a leftover fragment from the core of a destroyed planet.

NASA just approved the preliminary designs for its Psyche spacecraft, which may move into construction next month.

Its mission? Explore a mysterious asteroid, also named Psyche, which scientists believe to be the metallic, volcanic core of a Mars-like planet that shattered in the early days of the Solar System.

When Psyche the spacecraft launches, as Smithsonian reports it's expected to do in 2022, scientists will have little clue what they will learn about Psyche the asteroid.

"The state of the art is profound ignorance about what we expect to find," lead researcher Jim Bell told Smithsonian. "We are trying to prepare for any eventuality, no matter what it's like. Our instruments will make interesting measurements, observations and discoveries that will allow us to put the history of that object back together."

One possibility is that Psyche could include slivers of mantle and other layers of the former planet hanging on. It may also be pockmarked by volcanic craters created when molten iron, suddenly exposed to the cold vacuum of space, froze over other layers of magma that then exploded outward.

"The idea is that Psyche might have retained much of its heat after the impact process that ripped off its mantle and crust," Bell told Smithsonian. "On Psyche, we may be looking at a place where it’s mostly dominated by molten iron, or iron and nickel, and maybe sulfur. Maybe we will see evidence of that. Maybe there won’t be any at all. But it’s fun to speculate."

More on volcanic asteroids: Explosive Research: Some Asteroids May Have Had Volcanoes