Explosive Research: Some Asteroids May Have Had Volcanoes

As metallic asteroids crystalized, molten iron at their cores may have exploded out. 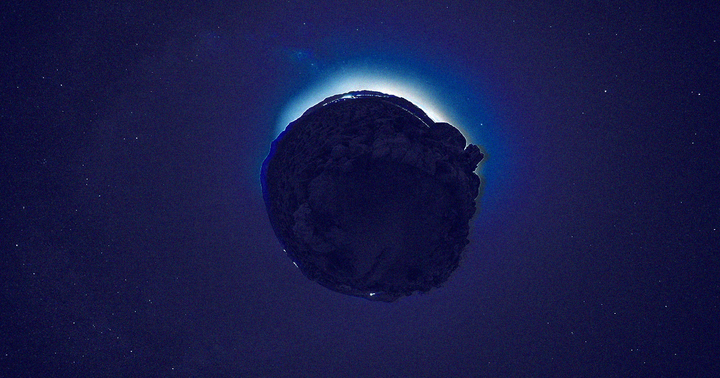 Metallic asteroids — giant balls of iron sailing through the cosmos — may have once harbored epic space volcanoes, new research suggests.

As these asteroids solidified from molten iron, liquid trapped at the core may have erupted outward, according to a study published Monday in the journal Geophysical Research Letters. The research is pretty metal, yes — but it also shines new light on the origins of the asteroids cruising through our solar system.

The UC Santa Cruz scientists behind the discovery found two possible ways that the metallic asteroids could have formed, according to a press release.

Operating under the assumption that the asteroids originated as floating balls of molten iron, the scientists' models predict that some cooled from the inside out. But those that crystallized on the outer surface first may have then exploded as the molten iron trapped in their cores forced its way out, carving volcanic tunnels along the way.

The scientists don't expect to find much evidence of volcanic activity on asteroids that are still out there in orbit, as any volcanic craters that once existed have likely since worn away.

"It's not clear what they might look like now," planetary scientist Jacob Abrahams said in the press release.

Rather, the scientists argue that the best bet for verifying their models would be studying samples from metallic asteroids that have crashed into Earth.

More on asteroids: The “Space Nation” Warns That an Asteroid Could Wipe out Humanity

Read This Next
Shoo
Scientists Warn Giant Asteroid Is Actually Swarm, Nearly Impossible to Destroy
A Sip of Opal
NASA Discovers Precious Gemstones on Mars
Moon Wrestling
The Head of NASA Is Scared Chinese Astronauts Will Seize Portions of the Moon
Future Fiction
Scientists Propose Building City Inside Giant Bag Around Entire Asteroid
Shot Well
Head of NASA Relieved to Hear Elon Musk Isn't REALLY Running SpaceX
More on Off World
Light Me Up
Yesterday on the byte
Wall of Lasers Cuts Across Hawaii's Night Sky
Water Sign
Yesterday on the byte
Scientists Find New Evidence of Hidden Ocean World in Our Solar System
Trashing Orbit
Thursday on the byte
Elon Musk Says SpaceX May Build Starship That Dies on Purpose
READ MORE STORIES ABOUT / Off World
Keep up.
Subscribe to our daily newsletter to keep in touch with the subjects shaping our future.
+Social+Newsletter
TopicsAbout UsContact Us
Copyright ©, Camden Media Inc All Rights Reserved. See our User Agreement, Privacy Policy and Data Use Policy. The material on this site may not be reproduced, distributed, transmitted, cached or otherwise used, except with prior written permission of Futurism. Articles may contain affiliate links which enable us to share in the revenue of any purchases made.
Fonts by Typekit and Monotype.