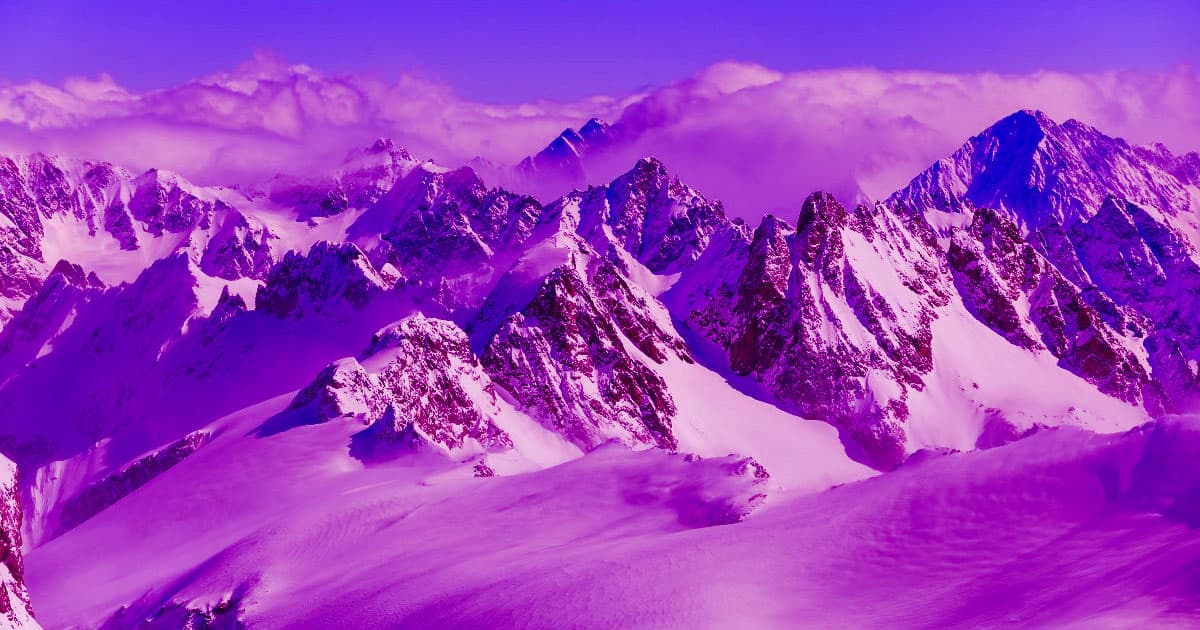 There's Pink Snow in Europe. That Could Be Bad, Scientists Say

To be fair, we wouldn't have assumed it was good news.

To be fair, we wouldn't have assumed it was good news.

If you were to trek up the Italian Alps right now, you'd find your boots covered in bizarrely pink snow.

While it's a beautiful touch that turns the mountaintops into an alien landscape, Earther reports that the pink snow is actually a pretty bad sign. The pink color comes from blooming algae. And while the full extent of its impact on the environment is poorly understood, it could speed up the rate at which snow melts away.

It's not so much that the algae is melting the snow itself, Earther reports. But rather, turning the snow into pink "strawberry snow," as it's sometimes called, makes it absorb more heat from sunlight, which causes it to melt sooner.

Blooms like this aren't unheard of — they're a relatively common occurrence in glaciers in the spring and summer. It's not yet clear if rising temperatures linked to climate change will mean more blooms in the future, Earther reports, but there is the distinct possibility that more heat will mean more algae and less snow.

Scientists do know that the snow is vanishing from the Alps. And many glaciers could vanish this century, as mild snowfalls fail to replace the melting ice beneath it.

"Less solid precipitation during winter and higher air temperatures during spring and summer are expected to favor the formation of snow- and glacier-algae," Biagio Di Mauro of Italy's National Research Council told Earther.

Update: Astute readers pointed out that the snow turns pink on the ground, rather than falling from the sky. Our headline, which originally suggested otherwise, has been updated.

READ MORE: Pink Snow in the Italian Alps Is a Cute Sign of Environmental Catastrophe [Earther]