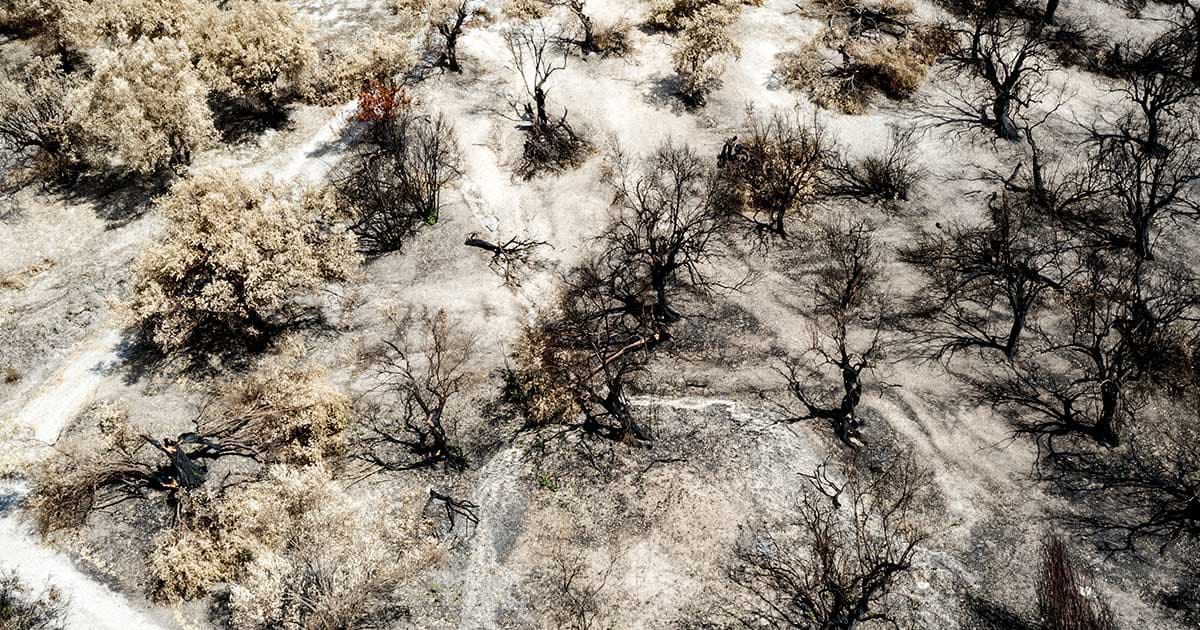 "We have the most intense, intense forest fires ever seen in Europe."

"We have the most intense, intense forest fires ever seen in Europe."

Last month, a historic heat wave ravaged Europe. Now, the continent's staring down the barrel of an ongoing drought amidst an onslaught of forest fires — and things aren't looking up.

As reported by the The Associated Press, while addressing legislators on Thursday, EU commissioner Maroš Šefčovič warned that "the present drought in Europe could become the worst ever."

And a drought — especially when combined with heat waves — is the last thing you want with wildfires in the mix, the devastating effects of climate change on full display.

"Statistics show that since 2017, we have the most intense, intense forest fires ever seen in Europe," Šefčovič added. "And that we unfortunately expect the 2022 forest fire season could follow this trend."

The numbers are alarming, to say the least. In 2017, the EU recorded the highest amount of area burned by forest fires since 1985, with over 895,000 hectares of land charred, according to the European Environment Agency (EEA).

Worse yet, this season is on course to be similarly devastating. Since the beginning of April, the weekly cumulative number of fires has hovered around three to five times the average of data collected between 2006 and 2021, according to the European Forest Fire Information System.

The latest data from July 2nd shows 1,551 fires in the past week alone, easily clearing the previous record in that week of 1,018.

Meanwhile, the Italian government has declared a state of emergency in five regions across northern Italy as the area withers under its worst drought in 70 years, the BBC reports.

That's as the nation mourns the death of at least nine hikers killed last weekend when a massive chunk of the Marmolada glacier melted off and cascaded into an avalanche, a freak-event which authorities have attributed to the heatwaves in the region, according to the AP.

Italy is among several other European countries to ask its citizens to limit personal water consumption in light of the drought, but as German broadcaster Deutsche Welle reports, that kind of consumption only accounts for nine percent of total water usage.

With Europe seemingly on fire, the EU really isn't doing itself any favors with its latest vote to keep natural gas in its green bond standard regulation, essentially classifying natural gas as a source of "green" energy moving forward, a significant step backwards in its efforts to fight climate change, according to critics.

More on droughts: The American West's "Megadrought" Is The Worst It's Been in 1,200 Years