The American West's "Megadrought" Is The Worst It's Been in 1,200 Years

"The worst-case scenario keeps getting worse." 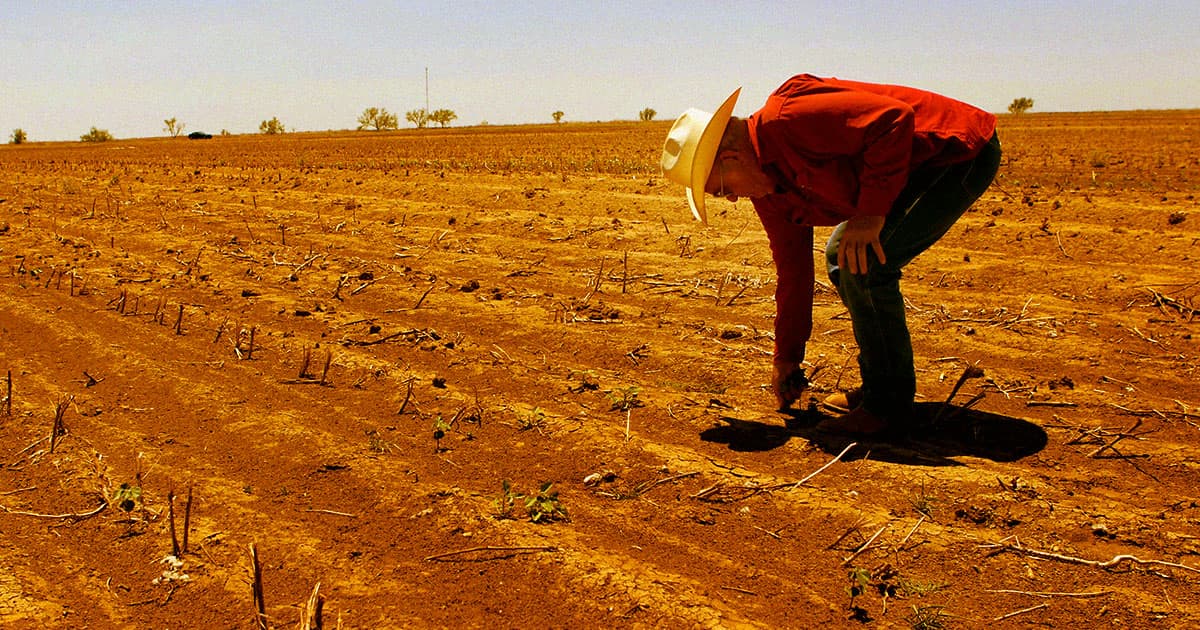 The American West's "megadrought" has made the region the driest it's been in more than a millennium, scientists say.

A new paper in the journal Nature Climate Change details work studying the soil in the Southwestern United States that found that the years between 2000 and 2021 was the driest 22-year period since "at least" 800 CE.

When measuring soil moisture in the Southwest and reconstructing conditions from centuries past, UCLA climate scientist and lead author of the study Park Williams told the Associated Press that when it comes to the "megadrought" the US entered in the early 2000s, "the worst-case scenario keeps getting worse."

Before 2021, Williams and his co-researchers Benjamin Cook and Jason Smerdon of Columbia University's Lahmont-Doherty Earth Observatory in Palisades, NY hypothesized that the years 2000-2018 megadrought was the driest on record for the region since the 1500s — a record it's now surpassed, thanks to the new findings.

By studying ancient records in the form of tree rings, the researchers found that 2002 was the driest single year on record since 1580 — until 2021, that is.

"I was wondering if we'd ever see a year like 2002 again in my life and in fact, we saw it 20 years later, within the same drought," Williams told the AP.

Researchers had hoped this uberdrought might be abating in 2019 due to record rainfalls, but found in 2020 that it was only getting worse, the AP reports.

"For this drought to have just cranked up back to maximum drought intensity in late 2020 through 2021 is a quite emphatic statement by this 2000s drought saying that we're nowhere close to the end," Williams told the AP, adding that so far, the drought in 2022 has already been five percent drier than the previous record from the 16th century.

Beyond measuring the American West's driest epochs, the researchers also calculated its causes and, very unsurprisingly, found that 42 percent of this megadrought is associated with anthropogenic (read: human-caused) climate change.

"This is right in line with what people were thinking of in the 1900s as a worst-case scenario," Williams told the AP. "But today I think we need to be even preparing for conditions in the future that are far worse than this."

As Jonathan Overpeck, the dean of environment at the University of Michigan, told the news wire, this study is "an important wake-up call."

"Climate change is literally baking the water supply and forests of the Southwest," Over peck continued, "and it could get a whole lot worse if we don't halt climate change soon."