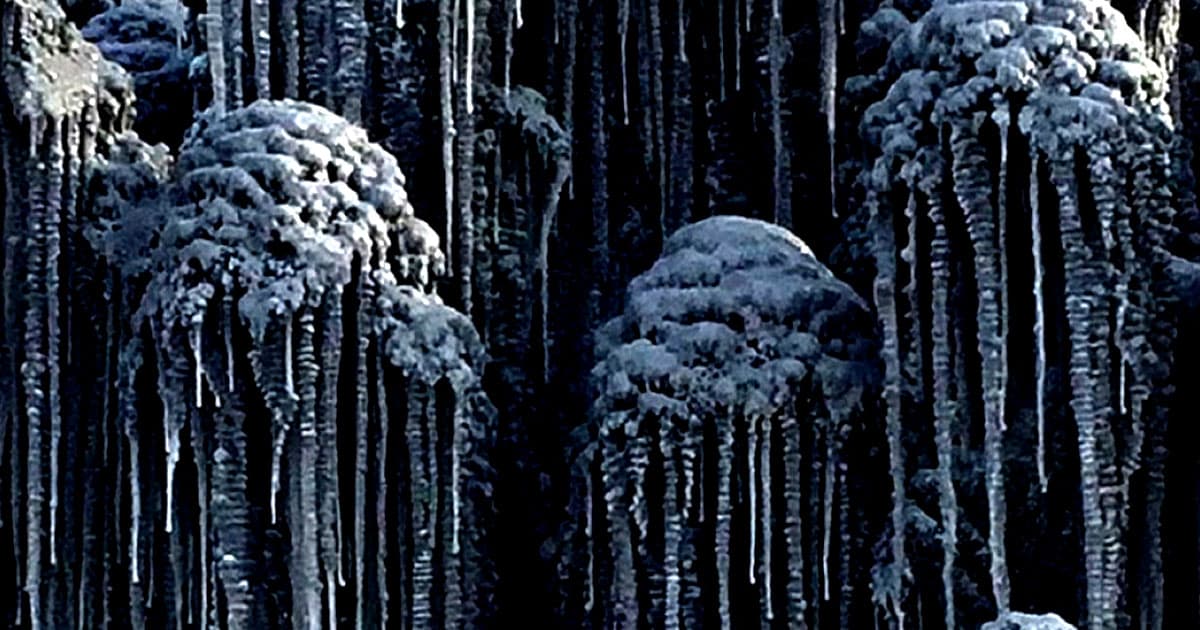 Environmental refugees from Siberia are trying to escape to Canada.

Environmental refugees from Siberia are trying to escape to Canada.

Residents of the Russian town of Kiselyovsk have a simple request for Canada's Prime Minister Justin Trudeau: let us in.

That's because the town, infamous for gray-black, coal-polluted snow has proven inhospitable for residents who now seek status as environmental refugees, according to CBC News. But because of complicated legal technicalities — fleeing pollution is seen differently from escaping climate change — experts say they don't stand much of a chance.

About 80 percent of Kiselyovsk's population lives near an open-pit coal mine, according to Motherboard. As a result, the town's water and food are highly contaminated. Cancer and tuberculosis are common, and the life expectancy has plummeted as toxic dust blankets the region.

All in all, it makes Canada look great.

"We chose Canada because the climate there is similar to our region," an exodus organizer told a local newspaper, per CBC. "So that they [Russian authorities] wouldn't say that we just wanted to move to warm countries."

The residents have publicized their plea for asylum through a series of YouTube videos. But Canada typically doesn't welcome environmental refugees, especially when other parts of Russia remain hospitable — a stance that Queens University law professor Sharry Aiken told Motherboard she finds outdated in the face of an increasingly-inhospitable planet.

"There is no question," Aiken told Motherboard, "that our laws and policies will need to adapt to this new reality."

READ MORE: Residents of a Siberian Town With Black Snow Are Pleading for Asylum in Canada [Motherboard]

Coastal Chaos
The Doomsday Glacier Is Hanging on "By Its Fingernails," Scientists Say
Sep 7
Read More
Remember Donald?
Donald Trump Goes on Bizarre Rant Against Electric Cars
Sep 6
Read More
Dry Dock
The Top 13 Wildest Objects That Terrible Droughts Have Revealed
Aug 27
Read More
+Social+Newsletter
TopicsAbout UsContact Us
Copyright ©, Camden Media Inc All Rights Reserved. See our User Agreement, Privacy Policy and Data Use Policy. The material on this site may not be reproduced, distributed, transmitted, cached or otherwise used, except with prior written permission of Futurism. Articles may contain affiliate links which enable us to share in the revenue of any purchases made.
Fonts by Typekit and Monotype.