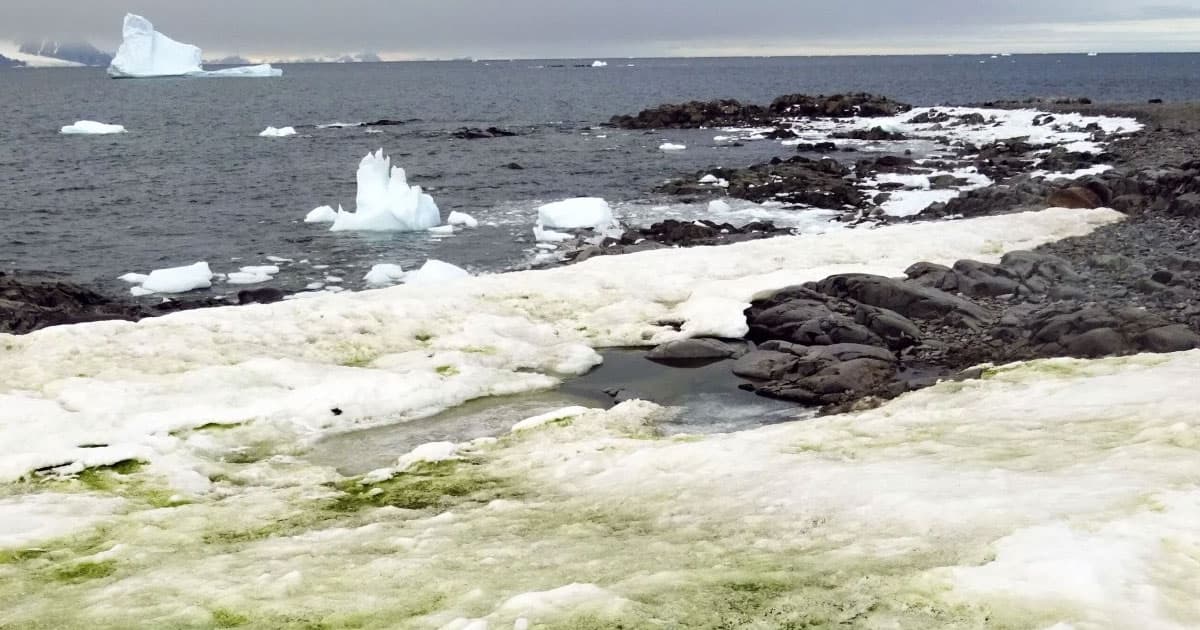 "I think we will get more large blooms in the future."

"I think we will get more large blooms in the future."

A British team of biologists from the University of Cambridge have created the first-ever large-scale map of algae blooming across the Antarctic — and turning parts of the continent green.

So green, in fact, that the bright pigments can be seen from space, as detailed in a new study about the work published in the journal Nature Communications today.

While these "snow algae" didn't come as a surprise, the scientists believe the range of the blooms will expand due to global warming. The full exact effects of more algae on the climate, though, is still not fully understood.

"I think we will get more large blooms in the future," lead author Andrew Grey, research associate at Cambridge, told The Guardian. "Before we know whether this has a significant impact on carbon budgets or bio albedo, we need to run the numbers."

More algae could also have a knock-on effect, as darker snow patches absorb more sunlight, but estimates of these effects aren't available yet, according to the researchers.

The green algae use sunlight to capture carbon dioxide and release oxygen, a process that rapidly increases when excess levels of nitrogen and phosphorous are available.

More on algae: BRIGHT-RED “BLOOD SNOW” IS FALLING FROM THE SKY IN ANTARCTICA