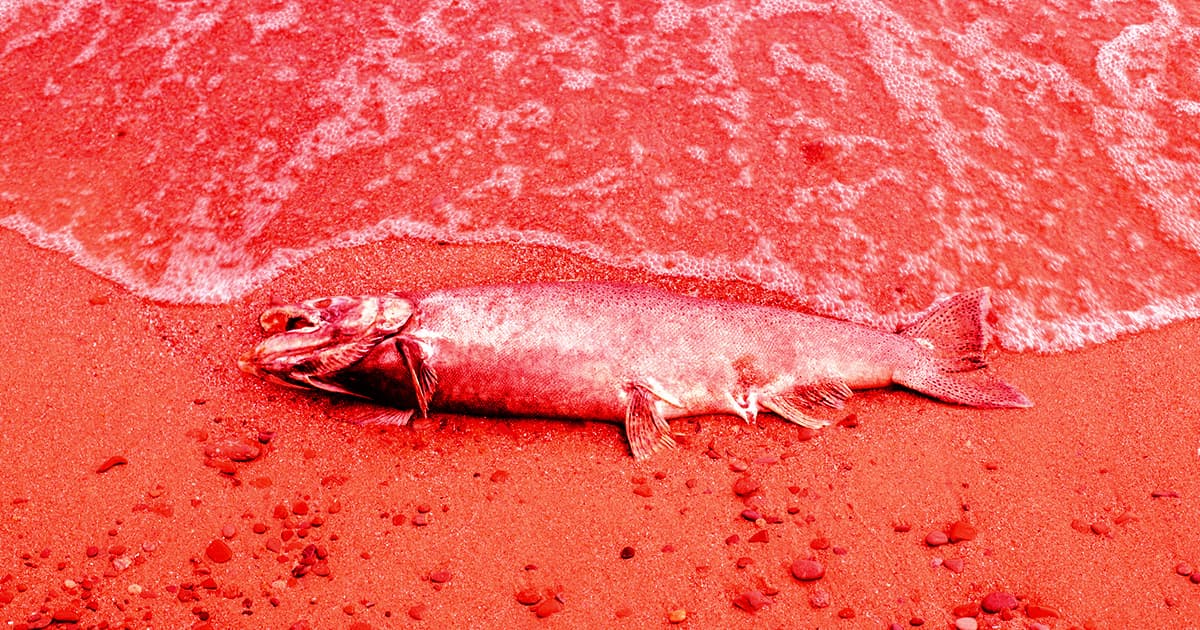 Humanity has created the perfect conditions for ecological disaster.

Humanity has created the perfect conditions for ecological disaster.

About 251 million years ago, roughly 90 percent of the species on Earth went extinct in what's called the "Great Dying" at the end of the Permian era. Now, researchers say that human activity has brought back one of the top warning signs that preceded it.

Toxic algal and bacterial blooms — in which algae and other microbes rapidly blanket freshwater systems and essentially choke out anything living beneath — are on the rise. In some cases, they're already comparable to the blooms that strangled aquatic life during the Great Dying, Swedish Museum of Natural History paleobotanist Chris Mays told Motherboard.

Mays and colleagues published research in the journal Nature last week that draws alarming parallels between the conditions leading up to the Great Dying and the impacts of our current climate change emergency — a dire warning that we could be facing a similar global crisis.

"Unlike the species that suffered the mass extinctions of the past," Mays told Motherboard, "we have the opportunity to prevent these toxic blooms by keeping our waterways clean and curbing our greenhouse gas emissions."

The ancient mass extinction event was likely caused by massive volcanic eruptions that warmed the planet, flooded the air with greenhouse gases, and destroyed carbon sinks like forests. Now, humanity is causing all three problems without the help of Mother Nature thanks to the rampant burning of fossil fuels, deforestation, and other forms of ecological destruction — causing a sharp increase in the number and severity of blooms.

"The beauty of looking at prehistoric extreme warming events, like the end-Permian, is that they provide, arguably, a cleaner signal of the consequences of climate change," Mays told Motherboard.

The good news is that so far, atmospheric greenhouse gas concentrations aren't nearly as bad as they were before the Great Dying.

"We are not there yet," Mays told Motherboard. "There was probably a six-fold increase in carbon dioxide during the [extinction event], but today carbon dioxide levels haven't yet doubled since pre-industrial times."

But we are catching up pretty quickly, Mays added, and current models suggest that if we don't take action, we'll get there within decades. Still, the fact that modern algal blooms are caused by human activity rather than purely natural events offers a glimmer of hope.

READ MORE: A Warning Sign of a Mass Extinction Event Is on the Rise, Scientists Say [Motherboard]