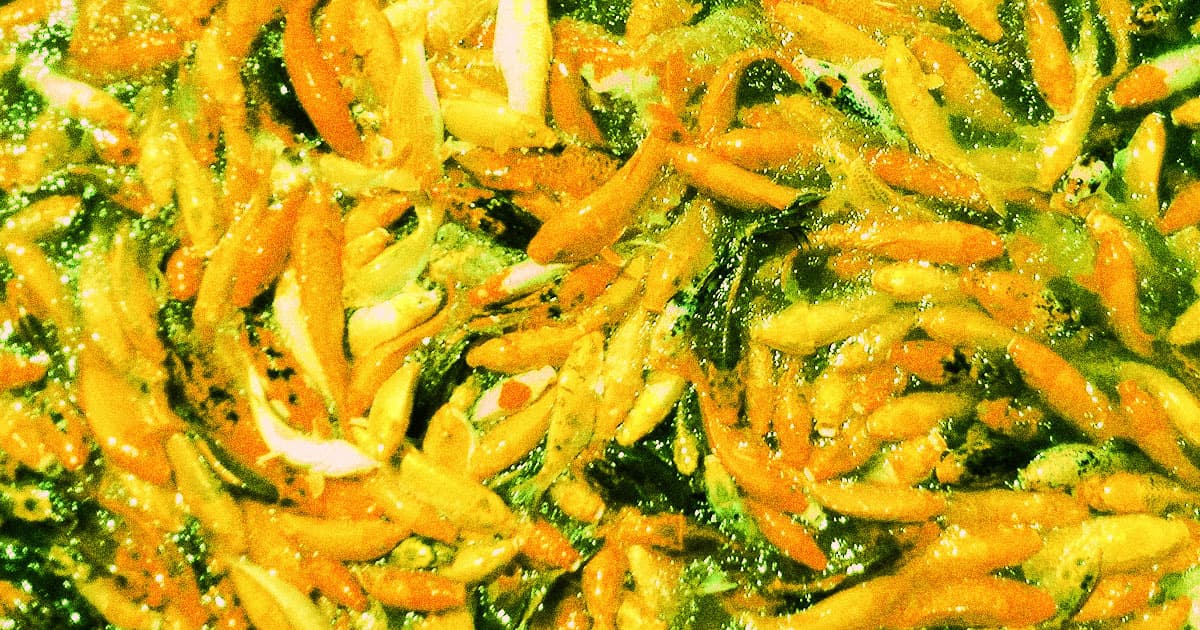 If average global temperatures rise by five degrees Celsius — that'd be a global warming nightmare scenario — then New Scientist reports that 60 percent of all fish species could go extinct by the year 2100. It's grim news, as previous studies predicted that fish would be far more resilient.

Other research gauging the impact of rising water temperatures on fish populations focused exclusively on how well adult fish would be able to adapt. Based on those measurements alone, New Scientist reports that scientists expected only five percent of fish species to die off under the same conditions.

But the new study also takes fish larvae, embryos, and other stages in the fish life cycle into account. And in those phases, the fish are far more vulnerable to higher temperatures.

"This is casting light on a life phase that has been largely ignored," Hans-Otto Pörtner of the Alfred Wegener Institute told New Scientist.

Thankfully, the year 2100 is still pretty far away, and ambitious efforts to limit climate change could mean many of those species are spared.

"We can say 1.5 [degrees] is not paradise, there will be changes," Pörtner told New Scientist. "But we can limit those changes if we manage to stop climate change. Fish are so important for human nutrition, so this study makes a strong case for protecting our ecosystems and natural environments."