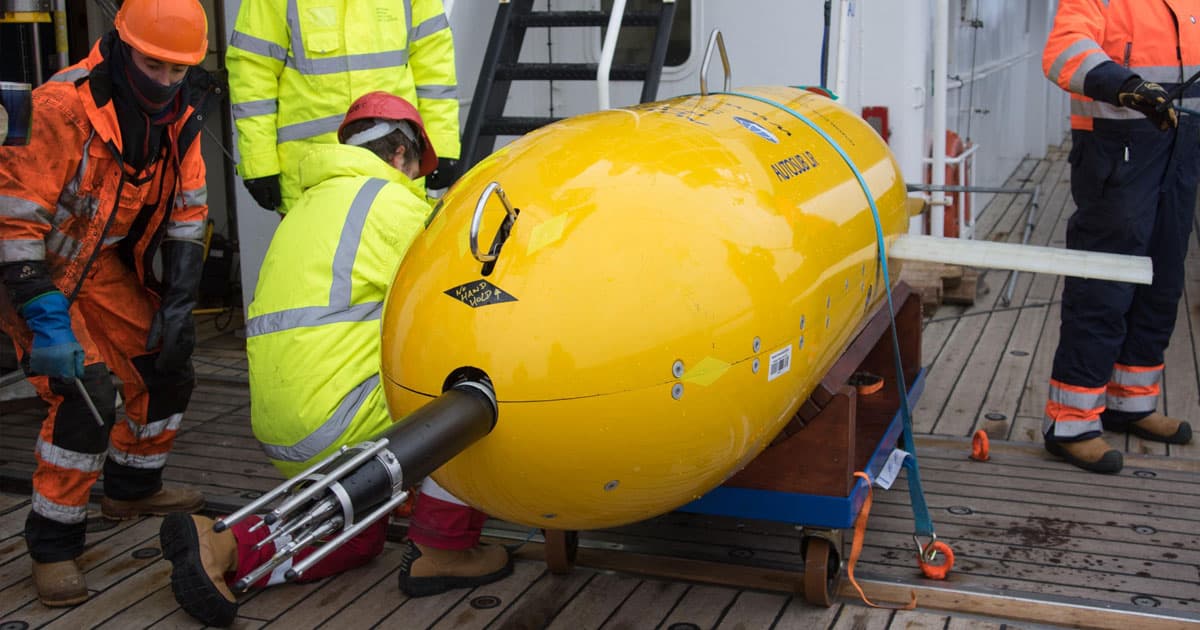 "The data from Boaty McBoatface gave us a completely new way of looking at the deep ocean."

"The data from Boaty McBoatface gave us a completely new way of looking at the deep ocean."

Boaty McBoatface is no longer just an internet sensation — it's also a valuable contributor to climate change research.

In 2016, the Natural Environment Research Council asked internet users to name its new research ship. But when "Boaty McBoatface" won the poll, they decided the moniker would be better suited to one of the ship's bright yellow autonomous submarines.

On Tuesday, researchers published the results of Boaty's first expedition in the scientific journal PNAS — and it seems the comically named sub has already facilitated a serious discovery.

Help From My Friends

In April 2017, Boaty spent three days exploring the bottom of the Southern Ocean, traveling a total of 180 kilometers (111 miles) while recording the water's temperature, salinity, and turbulence.

Using a combination of Boaty's data and measurements collected by the RRS James Clark Ross, researchers were able to identify a previously unknown mechanism allowing the winds blowing over the Southern Ocean — which have been getting stronger in recent decades due to climate change — to increase the turbulence deep beneath the ocean's surface.

"Our study is an important step in understanding how the climate change happening in the remote and inhospitable Antarctic waters will impact the warming of the oceans as a whole and future sea level rise," researcher Alberto Naveira Garabato said in a news release.

"The data from Boaty McBoatface gave us a completely new way of looking at the deep ocean," researcher Eleanor Frajka-Williams added.

More on Boaty McBoatface: Antarctic Research Project Will Determine If a Huge Glacier Will Soon Break Off