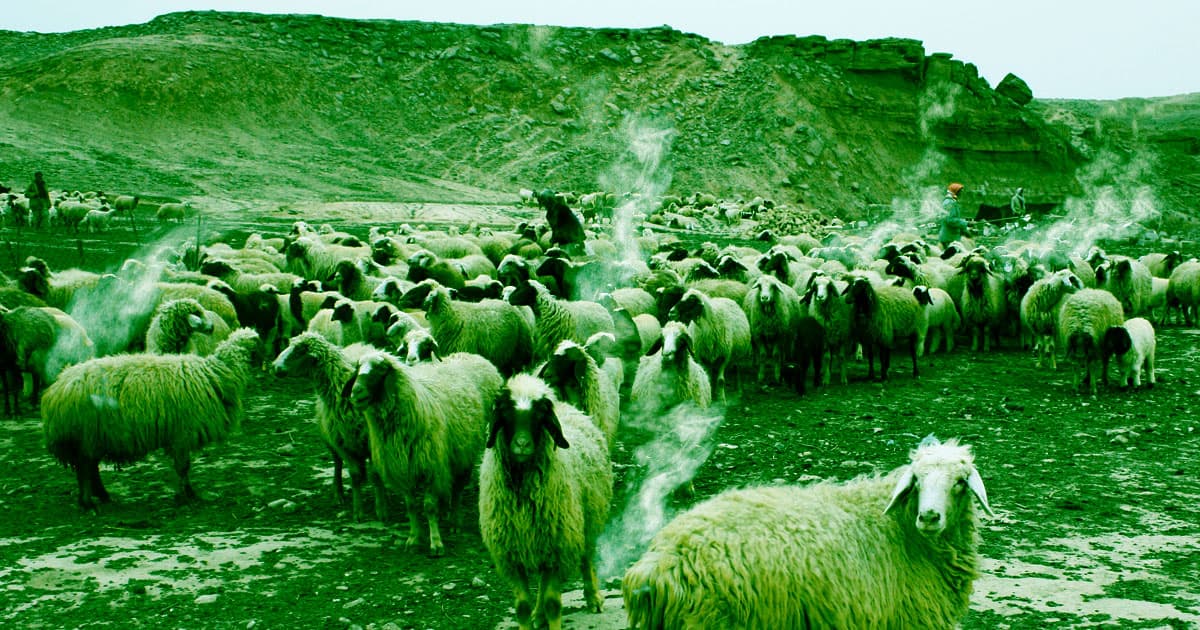 We could cut the methane off at its source.

We could cut the methane off at its source.

Methane accounts for just 10 percent of the United States' greenhouse gas emissions, but its long-term impact on the climate is far greater than that of the top emission, carbon dioxide.

Most of the U.S.'s methane emissions come from farm animals, which literally burp and fart the harmful gas. This has led some to suggest we transition away from those animals and toward alternatives, such as plant-based proteins or lab-grown meat.

But now, an international team of researchers thinks it's found a way to let us keep our farm animals without destroying the climate — and it all starts in the animals' guts.

For their study, which was recently published in the International Society for Microbial Ecology Journal, the researchers examined the gut microbes in sheep that produced a lot of methane and in sheep that didn't.

They discovered that the guts of the high methane producers contained more methanogens, a group of microbes that eat hydrogen and produce methane.

The researchers believe that by changing what we feed the sheep, we could manipulate their gut microbiomes to produce less hydrogen, thereby cutting off the methanogens' food supply.

"We’re excited about this research because it has strong potential to lead to new strategies that slow agricultural methane emissions, which will vital for the ongoing health of the planet and sustaining economies like ours," researcher Chris Greening said in a press release.

Pig Heaven
Assault Rifles Won't Solve Your Feral Hog Problem, Say Scientists
8. 7. 19
Read More
Super Old Vintage
Wine Grapes Haven’t Changed Much Genetically Since Ancient Rome
6. 12. 19
Read More
New Satellite Could Help Rat Out Methane Polluters
4. 13. 18
Read More
+Social+Newsletter
TopicsAbout UsContact Us
Copyright ©, Camden Media Inc All Rights Reserved. See our User Agreement, Privacy Policy and Data Use Policy. The material on this site may not be reproduced, distributed, transmitted, cached or otherwise used, except with prior written permission of Futurism. Articles may contain affiliate links which enable us to share in the revenue of any purchases made.
Fonts by Typekit and Monotype.