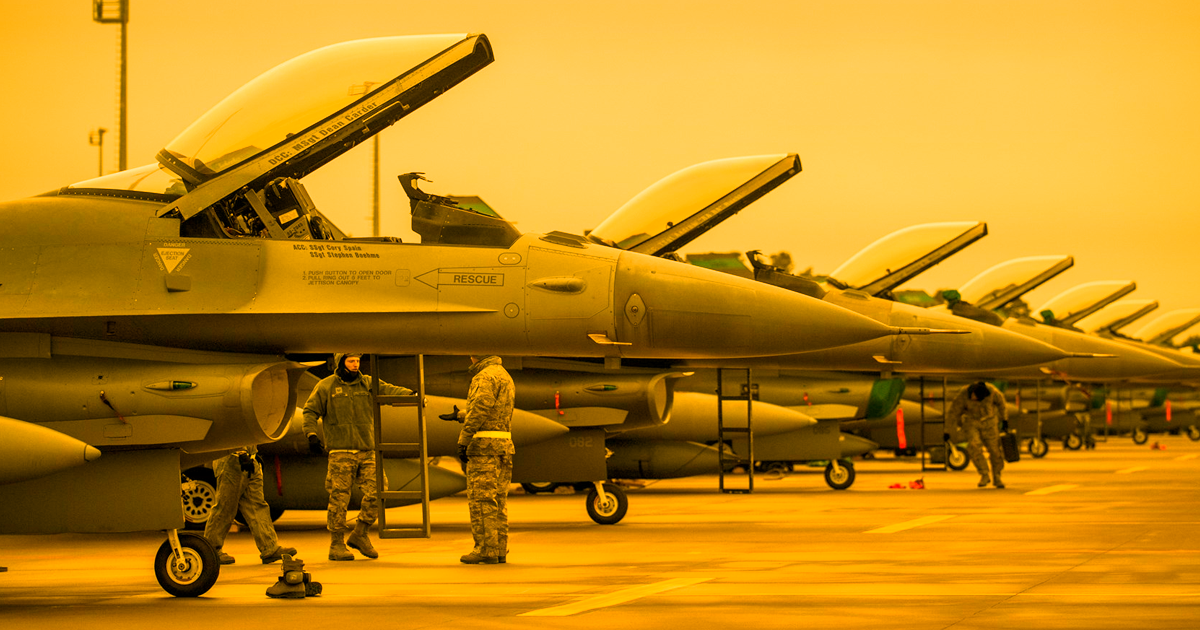 The War on Terror is Murdering the Environment

"The war machine is thirsty for oil."

"The war machine is thirsty for oil."

The U.S. Department of Defense is the world's largest producer of greenhouse gases, with a carbon footprint that surpasses several developed countries. And the ongoing War on Terror accounts for about 35 percent of its carbon emissions.

That's the findings of a new report published Wednesday by Brown University's Watson Institute that investigated the environmental impact of the U.S. military and military-industrial complex since 2001 — finding, essentially, that the U.S military has an unparalleled destructive effect on the global environment.

But much of the military's environmental impact has been kept hidden, due to legal loopholes detailed in the report that let the Pentagon avoid disclosing its emissions, which reached 1.6 billion metric tons between 2001 and 2017.

"The war machine is thirsty for oil," Neta Crawford, the Boston University political scientist behind the report told Earther. "That's a given because of their need for mobility and they operate in areas with extreme temperatures. They need a lot of energy. Well, 'need' should be in quotes."

The most ridiculous thing about the military's obscene carbon footprint, which exceeds that of Portugal and the Netherlands, Earther reports, is how the Department of Defense is now scrambling to protect its bases from the effects of the climate change catastrophe it helped cause.

"There's an irony and tension between being so concerned about the risks of climate change for operations and installations and conflicts yet being one of the world's largest emitter of greenhouse gases." Crawford told Earther. "It's as if two and two don’t make four here."

READ MORE: Groundbreaking Report Gives Us a Glimpse of the US Military’s Gigantic Carbon Footprint [Earther]

More on the military: The U.S. Military Now Has the Money It Needs to Prepare for Climate Change